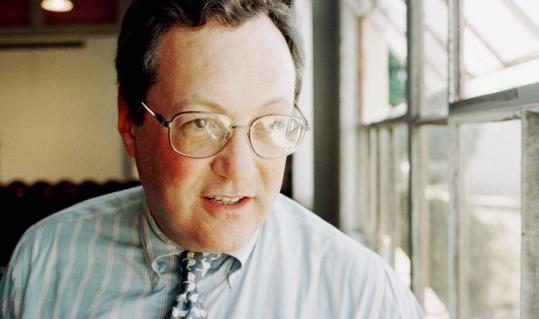 Dr. Melvin D. Levine, a former Children’s Hospital Boston doctor and best-selling author, was found dead yesterday, his attorney said, a day after he was sued over accusations that he sexually abused thousands of pediatric patients.

Law enforcement authorities in North Carolina, where Levine had moved more than two decades ago, would not say when or how he died.

“This entire episode is a tragedy,’’ said Edward Mahoney, a Boston lawyer who represented Levine. “Throughout it, Dr. Levine never wavered that his care and treatment of all children was appropriate in all respects, and he steadfastly denied the allegations against him.’’

Mahoney had no comment on the circumstances of his client’s death. Relatives of Levine, who was in his early 70s, also declined to comment when reached at his home.

News of Levine’s death came a day after a class action lawsuit was filed in Suffolk Superior Court contending that the doctor sexually abused as many as 5,000 patients during his 19-year career at Children’s Hospital. The suit named the hospital and Levine and asserted that he committed medical malpractice and that the hospital was negligent in failing to properly supervise him.

The suit cited 40 former patients, all young boys at the time, who said that Levine performed unnecessary genital examinations.

Boston lawyer Carmen L. Durso said his suit sought to represent all children examined by Levine when he worked at Children’s Hospital, from 1966 through 1985.

“On a typical visit, he would tell the parents that they could not come into the examining room, because that would interfere with his ability to perform a proper examination,’’ Durso said at a press conference Thursday in his Boston office. “He would require the boys to strip naked, not just for when he did the exam, but for the whole time of the exam, regardless of the reason for the treatment.’’ Durso said Levine performed prolonged genital exams.

After learning about Levine’s death yesterday, Durso said his clients would evaluate whether to pursue their claims against his estate.

“Out of respect for Melvin Levine’s family, I’m not going to make a statement at this time, other than to express my condolences,’’ Durso said.

The suit asserted that the hospital “knew, or in the exercise of reasonable care should have known, that defendant Levine was not a fit person to be placed in charge of the treatment of minor male pediatric patients or to be allowed to provide unsupervised care.’’

In a statement earlier this week, the hospital said: “Children’s would not, and did not, cover up any inappropriate conduct relating to Dr. Levine.’’

The hospital said that one complaint received after he left 25 years ago was investigated, his actions were found appropriate, and a court dismissed the complaint.

“The fact of the matter is that except for the one complaint we investigated, no one alerted the hospital to any concerns regarding Dr. Levine,’’ the hospital statement said.

“The hospital supervised Dr. Levine’s practice in accordance with the applicable standards of the time.’’

Yesterday, hospital spokeswoman Michelle Davis said, “The death of Dr. Levine is a tragedy for his family, and we extend our condolences to them.’’

A previous lawsuit, filed by Durso in 2008 in Suffolk Superior Court, accused Levine of abusing at least seven boys who came to him for treatment while he was at Children’s. Durso suggested the case had been settled, but he would not comment on the terms of the settlement.

Prosecutors in Boston said this week they did not have sufficient criminal evidence to file charges against Levine.

In March 2009, Levine signed an agreement with the North Carolina Medical Board, saying he would never again practice medicine. The agreement followed allegations that Levine had performed improper genital examinations on boys there.

A year earlier, Levine had voluntarily stopped seeing patients at the University of North Carolina School of Medicine, where he was a professor in the department of pediatrics between 1987 and 2006.

Until the accusations surfaced, Levine held an unpaid appointment as an adjunct professor at the university, continuing to see patients twice a month, university officials said.

Levine appeared on “The Oprah Winfrey Show’’ to promote his books. He specialized in children with developmental and educational issues.

Stephen Smith and Martin Finucane of the Globe staff contributed to this report. David Abel can be reached at dabel@globe.com.