Message from pulpit: Still much to overcome 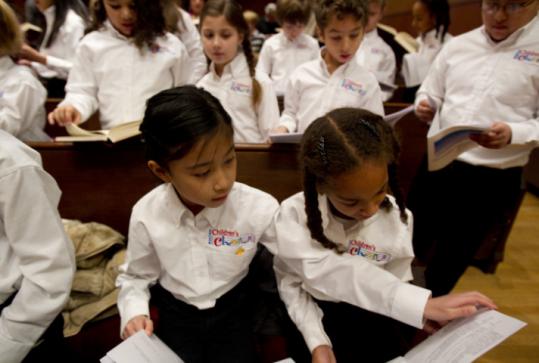 Diana Strange, who lived in Durham, N.C., during the 1950s and ’60s, said yesterday’s service honoring Dr. Martin Luther King Jr. at Boston’s Old South Church was personal for her.

“That was a scary time,’’ said the Brookline resident, who teared up as she recalled lunch counter sit-ins and hatred. “I can’t sing, from start to finish, ‘We Shall Overcome.’ It’s hard for me.’’

But harder still is her worry that people do not realize the depth of the struggle that occurred on a daily basis.

“Do people know that it was so much more than what was on the news?’’ she wondered.

The work started by King more than 40 years ago continues today as the country heals from the fresh wounds of a mass shooting in Tucson and still struggles to fight poverty and racial inequality. That was the message preached from Boston area pulpits one day before the nation celebrates King’s legacy.

The Rev. Elizabeth Myer Boulton told her congregation at Old South Church that it is human nature to become discouraged “when a gunman opens fire at a grocery store . . . when you see the prison systems filling up with people of color . . . when we finally pull out of Vietnam and straight back into Iraq and Afghanistan.’’

But, she said, we must “work and labor and march until there is no more slavery on God’s good earth.’’

Boulton recited parts of King’s legendary “I Have a Dream’’ speech and cited tragedies that helped advance the American civil rights movement, such as the murder of 14-year-old Emmett Till in Mississippi in 1955.

Across the Charles River at the First Church in Cambridge Congregational, the Rev. Dan Smith also urged his congregation to continue to work toward King’s dream, despite jarring examples of human cruelty in the news.

“When people are killed in a public square, we feel grief,’’ Smith said in an apparent reference to the Tucson shootings. “But we also feel anger.’’

Resist “hot anger,’’ which only fuels hatred in the face of conflict and embrace the “cool anger’’ of King, who sought to right wrongs in a peaceful manner, he said.

Today marks the 25th anniversary of the nation’s first observance of the federal holiday honoring King, who was born Jan. 15, 1929, and was killed at age 39.

At Old South Church, Dick Yeo was another member of the congregation who can’t sing “We shall overcome . . . We’ll walk hand in hand . . . We shall all be free . . .’’ without being overcome by deep emotion.

The protest song, which became an anthem of the civil rights movement, “just sweeps over me,’’ said Yeo, who served as a campus minister at Boston University and at George Washington University in Washington, D.C., during the 1950s and ’60s. “I get very emotional because the day of his assassination was probably the worst day of my life.’’ Yeo, his wife, Elinor, who was also a campus minister, and their students picketed a local Woolworth’s and participated in Freedom Rides, during which activists traveled on buses throughout the South to challenge whites-only policies at bus terminal lunch counters and restrooms.

King’s message of racial equality and service toward others has not been lost on some of today’s youth.

The congregation of about 200 beamed during the hymn, with some capturing the moment on their cellphones.

“King Day is really great for promoting the idea of justice and freedom of all people,’’ said Ben Green, a Boston University student from Vermont, who played the bass during the service at Old South Church. Green’s mother does nonprofit work with the poor in South America, and he said this holiday underlines the importance of her work.

To ensure that King’s birthday is about the action of service and not simply a day of remembering, community service became the focus of the federal holiday about 17 years ago.

Brandeis University and the Cooperative Metropolitan Ministries will send volunteers to agencies that combat homelessness, poverty, and aid the Haitian and Sudanese communities in what event organizers said in a statement honors “Dr. King’s global commitments to what he called ‘the World House.’ ’’

Also, about 500 volunteers will participate in a Boston Cares event by making more than 7,000 items such baby blankets, scarves, and Valentine’s Day cards to donate to homeless shelters and schools.