How the South Shore became the Irish Riviera 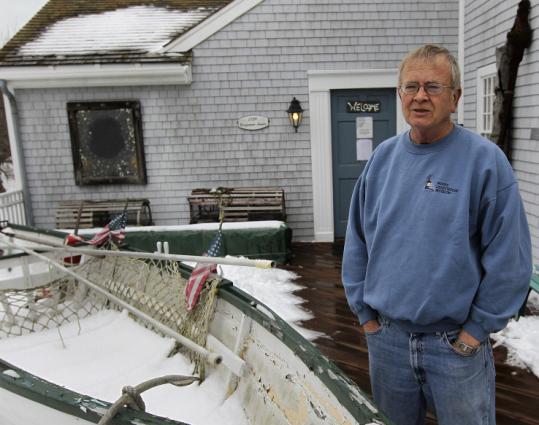 They don’t call it the Irish Riviera for nothing.

But what, or where, it is is open to debate. Some say it’s the town of Scituate. Others say it encompasses a larger part of the South Shore. A few say it extends down the entire Route 3 corridor. It all depends on whom you ask.

At the Tinker’s Son on Route 123 in Norwell, Sean Gilmartin says he hears the term “Irish Riviera’’ every day in conversations while he works behind the bar slinging drinks, drawing pints of Guinness, and serving up shepherd’s pie and bangers and mash. The Tinker’s Son is a traditional Irish pub that offers live music — fiddle, tin whistle, banjo, and the like — most nights of the week.

The seats filled up quickly on a recent Tuesday evening as Gilmartin, 41, wiped down the shiny bar with a cloth. Asked to define the Irish Riviera, he said, “I consider it from Scituate down to Marshfield.’’

The local Irish population is very visible, he said. “The cottages in Brant Rock’’ in Marshfield — “every other one has an Irish flag flying on it.’’

Massachusetts isn’t the only state with an Irish Riviera. The name has also been used for Irish enclaves on the New Jersey shore and for Rockaway in Queens, New York. As might be expected, these places are near water.

Scituate has been called the Irish Riviera since at least the 1930s.

Dave Ball, president of the Scituate Historical Society, says he doesn’t hear the term used as much as before.

“Twenty years ago, you certainly did. I don’t know why that is — I don’t think anything changed dramatically,’’ he said.

Ball taught sixth grade in Scituate for many years, and he says that whenever he asked how many of his students were of Irish descent, “90 percent put their hands up.’’ Open a phonebook in the town, he said, and you’ll find Irish surnames like Sweeney, O’Neil, Curran.

For generations many Irish families came to the town for its thriving Irish mossing industry, which was started in the mid-1800s by an Irish immigrant, Daniel Ward.

Since most Scituate residents at the time made their living farming and fishing, they didn’t care about the business of harvesting seaweed, or mossing, so “the influx of Irish didn’t bother them,’’ said Ball. “There was no conflict.’’

“The Irish mossing industry grew and grew through World War II,’’ said Ball. “That’s why the Irish population in Scituate is so large today.’’

By the 1920s, prominent Irish Bostonians like James Michael Curley were buying summer homes along the coast of North Scituate.

“Irish with a great deal of money or a great deal of political clout began to move out and down into the South Shore,’’ said Thomas O’Connor, the university historian at Boston College, and author of several books including “The Boston Irish: A Political History.’’

“You could see them buy large houses on spits of land near the ocean in Marshfield, Scituate, and Cohasset — all the way down to Hyannis,’’ he said. “Remember, the Kennedys.’’

The southward migration of Irish continued after World War II, according to O’Connor. Veterans were coming home from the war, getting married, starting to raise families, and didn’t want to live in their old neighborhoods anymore.

They wanted green grass, bigger houses, and better schools. So most followed the natural migration pattern and moved southward — to the Irish Riviera.

“If you were deciding to move, banks wouldn’t give them mortgages to live in the city anymore,’’ said O’Connor.

He recalled that, as a boy growing up in South Boston in the ’30s and ’40s, he would hear about families moving out of the old neighborhood and remarks like “Oh, they moved to Milton.’’

It was a sign that they had “made it,’’ said O’Connor, who noted, with a chuckle, that he also moved from Southie — to a condo in Milton.