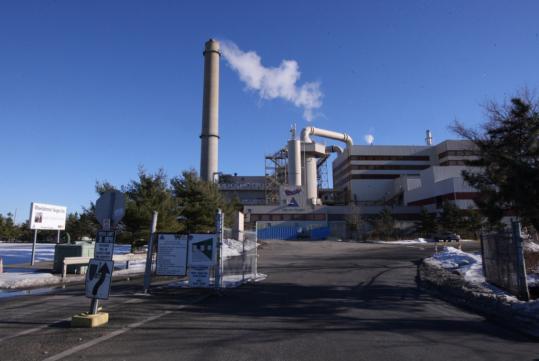 A whistle-blower lawsuit alleges environmental violations at the Wheelabrator Saugus plant. The suit was filed on behalf of the 15 North Shore communities that contract with the firm. (Bill Greene/ Globe Staff)
By Jenna Russell Globe Staff / January 4, 2011

Attorney General Martha Coakley is investigating Wheelabrator Saugus, the waste incinerator responsible for burning trash from 15 North Shore cities and towns, for alleged environmental violations including the discharge of hazardous chemicals into the air and water, according to several people who said they were interviewed by state officials.

The state investigation was spurred by two employees of the plant who filed a civil lawsuit against Wheelabrator Saugus Inc. and its parent company, Texas-based , more than a year ago in Essex Superior Court. The suit, a copy of which was obtained by the Globe, alleges that operators of the Saugus incinerator have knowingly violated environmental laws for years, endangered public health, and defrauded the communities that paid to send their garbage there for proper handling.

The employees filed suit under the Massachusetts False Claims Act, the law that protects whistle-blowers who report their employers for committing fraud against the government. In accordance with the law, it was filed on behalf of the 15 North Shore towns and cities that contract with Wheelabrator and was sealed by the court to keep it from public view while the state conducted its investigation.

Such cases can lead to a financial settlement between the state and a company, with a portion paid to the whistle-blowers.

A spokeswoman for Coakley said it is the policy of the attorney general’s office not to confirm or deny investigations. A Wheelabrator spokeswoman did not respond to requests for comment.

The employees’ lawsuit alleges that Wheelabrator “knowingly, illegally, secretly, and systematically’’ allowed toxic pollutants such as mercury and lead, contained in the ash produced by waste incineration, to enter the environment. It describes a series of alleged lapses at the plant, including a failure to use adequate amounts of lime to neutralize the toxicity of the ash; inoperable equipment that was supposed to help control air pollution; and a failure to treat runoff from the landfill on the property before discharging it into the Lynn sewer system.

Wheelabrator has not been cited for major environmental violations at its three Massachusetts incinerators in the last five years, and at least one former employee of the Saugus plant told state investigators he did not believe the plant ever put public health at risk.

Waste Management Inc., based in Houston, is the largest recycler and landfill operator in North America. The company, which also handles trash pickup in municipalities around the country, spent millions on a recent marketing campaign that highlighted its environmentally friendly practices.

Wheelabrator Technologies Inc., a wholly owned subsidiary based in Hampton, N.H., operates energy-producing incineration plants around the country, including three municipal incinerators in Saugus, North Andover, and Millbury. Together, they generate enough electricity to power 150,000 homes a day.

The 35-year-old Saugus plant was the first large-scale, commercially successful waste-to-energy project in the United States, according to the company’s website. Its boilers, housed in boxlike structures beneath a towering emissions stack on Route 107, have the capacity to burn up to 1,500 tons of solid waste per day. The site is near the Saugus River, the 600-acre Rumney Marsh Reservation, and the GE River Works plant.

Former and current employees of the company who spoke to the Globe on condition of anonymity to protect their jobs and families said they repeatedly raised their concerns with supervisors, who brushed aside their questions, before deciding to take their case to court and to the state.

“For a company that preaches being green, it really made me wonder,’’ said one worker. “Are they thinking green in the sense of money or in the sense of doing the right thing for our children and grandchildren?’’

The lawsuit alleges that the Saugus incinerator regularly generated more ash waste water than it had room to store and that plant operators disposed of the excess illegally, by dumping it into the parking lot, where storm drains lead to surrounding waterways, and by secretly diverting it, using hoses hooked up to the municipal sewer system, unauthorized lines designed to bypass monitoring equipment.

The suit also alleges that a hole in the roof of the incinerator plant allowed toxic ash to swirl untreated into the atmosphere.

The lawsuit was filed for the employees by Jan Schlictmann, the Beverly attorney whose legal battle against polluters in Woburn was made into the Hollywood film “A Civil Action.’’ Schlictmann declined to comment; Orestes Brown, another lawyer representing the workers, did not return phone calls.

A former Wheelabrator Saugus employee who asked not to be named said he worked at the plant for more than a decade and never saw any serious problems. The man, who said he had been interviewed by state investigators, said he told them there was no way waste water could have been dumped without him seeing it.

The Wheelabrator incinerators, which also burn waste in Millbury from more than 30 surrounding communities and in North Andover from more than 20, are inspected at least twice a year, according to a spokesman for the state Department of Environmental Protection.

The spokesman, Edmund Coletta, said he could neither confirm nor deny a state investigation.

For the last five years, Wheelabrator’s environmental record in the state has been free of major violations. Operators of its North Andover incinerator were fined $4,600 in 2005 for storing waste oil on site for more than 180 days, Coletta said, and the Millbury plant was sent a notice of noncompliance in 2009 for failing to submit a required report on its recycling program.

In 1999, Wheelabrator agreed to pay a $25,000 fine and spend $91,000 to establish a mercury recycling program, after federal environmental officials accused the company of violating the Clean Air Act in North Andover.

Wheelabrator’s parent company, Waste Management Inc., has run into more serious trouble in the past with regulators, both in Massachusetts and elsewhere in the country. Under a settlement with the state attorney general’s office in 2000 and 2001, the company agreed to pay more than $1 million in back wages owed to trash haulers in Massachusetts and throughout New England after allegedly violating the state’s prevailing wage law.

A decade ago, a three-year federal investigation of Waste Management’s financial practices nationwide uncovered a culture of accounting fraud that inflated the company’s income by more than $1 billion over four years. The Arthur Andersen accounting firm spent millions on a settlement with the government, while Waste Management paid more than $450 million to settle a resulting class-action lawsuit.

Graphic Location of Wheelabrator incinerator
Your comment is subject to the rules of our Posting Policy
This comment may appear on your public profile. Public Profile FAQ