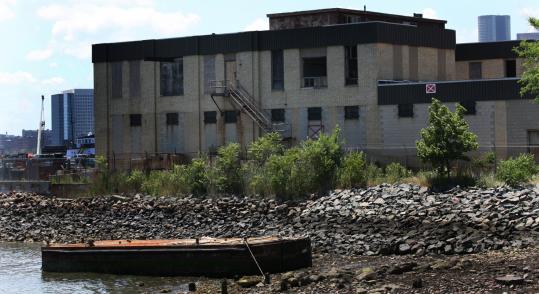 In a matter of weeks, a nearly century-old relic of Boston’s rich immigration history will be rubble. Demolition of the former East Boston Immigration Station — which processed an estimated 23,000 immigrants between 1920 and 1954 — began in mid-November and is expected to wrap up after Martin Luther King Day. At one time considered Boston’s Ellis Island, the now-dilapidated yellow brick building has for years sat empty, becoming a fire hazard and home to skunks and feral cats.

Last year, the Boston Landmarks Commission ruled that the building — which the Massachusetts Port Authority has owned since 1987 — should not be protected as a historic landmark. Its condition and lack of original artifacts make it a poor candidate for adaptive reuse, the commission said in a 41-page report. The report came 10 years after neighborhood residents filed a petition to have the building protected as a landmark.

On Nov. 15, Massport began preparing the building for demolition. Brelis said the approximately 100,000 square feet of land will be used as a vessel repair space for the adjacent Boston Harbor Marina and that any future structure will support maritime or industrial uses.

As for commemorating the building’s rich history, Brelis said Massport plans to install interpretive markers denoting the spot’s significance either on site or in the adjacent Navy Fuel Pier, possibly incorporating an original cornerstone that was salvaged with the name of the supervising architect.

Opened in April 1920, the stripped, classical-style building was Boston’s first purpose-built immigration station. Not every immigrant entering the Port of Boston came through the East Boston station — just those warranting further review, or about 10 percent of the roughly 230,000 from 1920 to 1954. The Boston Daily Globe estimated in 1922 that the station’s weekly population was between 100 and 200 detainees.

The first stop for many on their way into the country, the building was also the last stop for some notable figures on their way out. Accused “communist strike agitator’’ Edith Berkman was detained at the station from 1931-1932 as she awaited deportation, and swindler Charles Ponzi waited out his deportation appeal in East Boston for a number of months in 1934.

During World War II, as immigration to the United States slowed, the building held individuals deemed national security threats, including Nazi operatives captured in Greenland in 1941, the crews of two Axis ships from Germany and Italy in 1941, and German-born Harvard instructor Dr. Karl Otto Heinrich Lange. By 1950, with a new immigration office open at 73 Tremont St., the East Boston station relinquished its clerical and administrative matters to the new office and retained only its detention function. By 1959, the government had deemed the building surplus and sold it at auction.

The building later served as storage space for Trans World Airlines, a warehouse for , and a storage facility for Cashman Marine before being taken over by Massport in 1987 and sitting vacant for decades.

Massport commissioned Vanasse Hangen Brustlin, Inc., to create a report telling the broader story of immigration in Boston as well as several specific stories of immigrants or their descendants. Once completed, the document will be filed with the Massachusetts Historical Commission and available for public review at the Boston Public Library and the East Boston library branch.

Joann Cardinale has lived in the same house on Jeffries Street in East Boston — steps from the immigration building — for every one of her 77 years. She remembers groups of children walking near the building during World War II to wave to the Japanese prisoners using the recreation facilities on the roof. She supports the building’s demolition.

“It really is an eyesore, and we’re happy to see it go,’’ she said.