In a time of shrinking wallets, dreams shrinking too 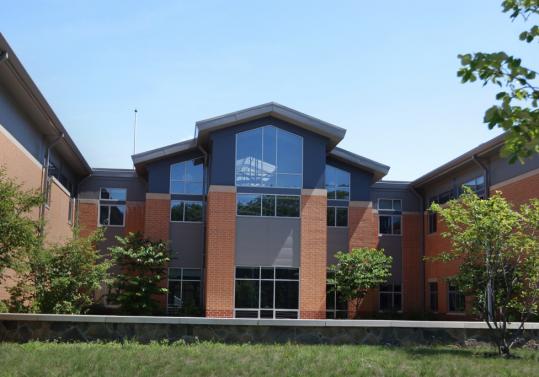 Dreams of big expensive schools, big expensive homes, and other pricey indulgences have been downsized as economic booms gave way to painful busts over the past decade.

Take Newton North High School. First proposed in 2001 as a $39 million renovation, the Newton North project had morphed into a new facility with a price tag of nearly $200 million when it was completed earlier this year, according to the Massachusetts School Building Authority.

Newton North became a symbol of suburban excess, prompting the authority to develop a model school program that allowed districts to pick preengineered designs to save money. The program adopted environmentally friendly measures used in Ashland High School, which, coincidentally, cost $39 million when it was finished in 2005, said the district’s director of facilities, Kevin Johnson.

“We use outside lighting versus using electricity,’’ said Johnson. “All the rooms have self-dimming lights. If the sun is out and you go into the library, there are no lights on.’’

Sprawling McMansions also came under increased scrutiny as the decade wore on. By 2007 the average new home size in Wellesley had swelled to 4,437 square feet, often overshadowing much smaller ranch or cottage-style houses on the same street. That year, Town Meeting passed regulations designed to discourage the building of large homes on small lots.

But the jury is still out on the effect of the rules, which require a review of designs that exceed certain parameters. As of last summer, just two applications had been denied under the bylaw, and in one case the Planning Board’s decision was later overruled.

What critics call “housing bloat’’ has led some planners to call for smaller, more compact housing near commuter rail stations to curb traffic congestion, and limit infrastructure and maintenance costs. The downturn might now be hastening a shift toward smart growth, especially as banks remain reluctant to lend, and retiring baby boomers and young families become more price conscious.

“People are really starting to say, ‘Do I really need this one-acre lot with a single-family home?’ ’’ said Michael Roberts, vice president of development at Avalon Communities Inc., a national company that has built scores of apartment complexes across the region in recent years.

In 2002, when Ariadne opened, said Malloy, customers were ready to splurge on $50 entrees and $100 bottles of wine. “If you weren’t offering that kind of experience, you were probably struggling to be successful,’’ she said.

But three years ago, her patrons’ enthusiasm for living large started flagging, she said. “I started noticing things starting to flip,’’ she said. “People were pulling back, coming out less frequently and spending a little less when they were out, and looking for some value. Corporate dinners just went away overnight.’’

Her husband was reluctant to tone down the menu because he was proud of running an upscale kitchen, she said. But their rapidly shrinking profits forced him to think again.

“You have to be a lot smarter about what you are doing,’’ said Malloy. “Do people need linen table cloths? Do people even want linen tablecloths? It just gives the impression we’re expensive. You take those off and, boom, you save $600 a month.’’

Malloy said these days, without linen, the restaurant is bustling.