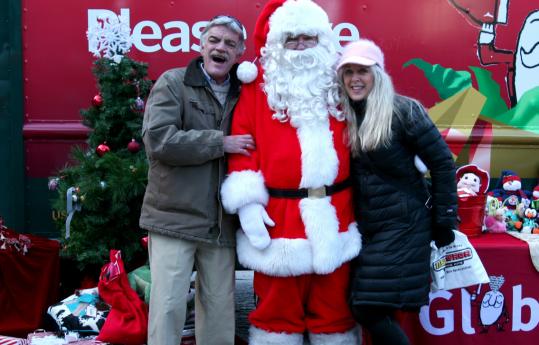 As a grandmother with sole custody of her 3-year-old granddaughter, her life had been filled with challenges over the last few years, but she felt up to the task.

She had a good job and kept reminding herself that by today’s standards a woman of her age is quite typically just an older parent rather than a younger grandparent.

Then everything changed this year. She was diagnosed with neuromyelitis optica, or Devic’s disease, and spent several months in the hospital wondering whether she would ever return to the life she had known.

“I had to re-learn how to walk,’’ she wrote in a letter to Globe Santa. “As a result of my condition I also had to stop working at my job as a legal secretary, which I loved.’’

Surviving for the time being on disability insurance payments and with extremely limited mobility, she said in her letter that she and her granddaughter are no longer able to enjoy many of the activities that they used to take for granted. Gone are the bike rides and the hopscotch games, and even some of her hope for brighter days.

“The doctors have told me that I may never walk without the braces I currently have on my legs,’’ she added. “There is also the chance that the disease is recurring and I could end up in a wheelchair.’’

The letter she wrote to Globe Santa asking that her granddaughter be included on his Christmas list was difficult to write, she said, but she shuddered at the thought of a 3-year-old going without gifts because of her own stubborn pride. The two had been living a modest lifestyle before her illness, but she always had “a little something tucked away’’ for birthdays and special occasions, she wrote.

“Now I have nothing left at the end of the week,’’ she wrote. “There isn’t enough money coming in to even begin to pay for all the added expense of my medicines, let alone the nice things that I’d like to give my precious girl.’’

Her granddaughter has been her cheerful self throughout the ordeal, she said, but she knows it is a lot for a young child to bear and that her condition has made the pain of missing her own parents all the more acute. The girl has never known her father and her mother passed away the year she was born, her grandmother wrote, yet she has always been a happy child.

“I never want to let her down and I know that this Christmas will be a huge disappointment without your help,’’ her letter concluded. “Anything that you can offer will mean the world to us.’’

Globe Santa has helped families like this one since 1956, delivering toys, books, games and other items to tens of thousands of children throughout Eastern Massachusetts so that they can share in the thrill of Christmas morning instead of wondering why they were left out.

And this year he will be helping this 3-year-old granddaughter enjoy Christmas thanks to the generosity of thousands of Globe Santa Friends. 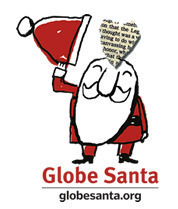