THIS STORY HAS BEEN FORMATTED FOR EASY PRINTING
SPOTLIGHT FOLLOW-UP 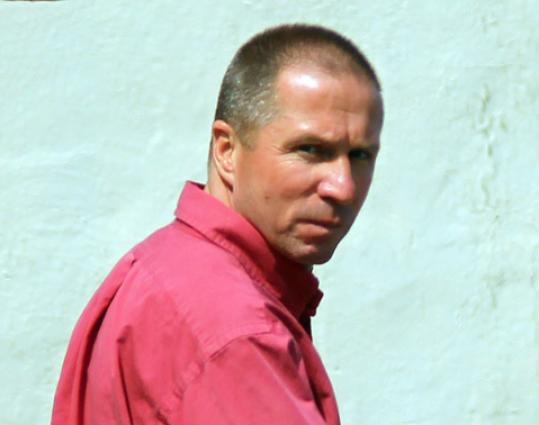 This story was reported by Scott Allen, Marcella Bombardieri, Andrea Estes, and Thomas Farragher of the Globe Spotlight Team. It was written by Allen and Farragher.

Thomas M. Petrolati, the third-ranking Democratic leader in the House of Representatives, agreed to leave his leadership post yesterday, becoming the first political casualty of a damning independent counsel’s report that portrayed him as a major player in the patronage scandal that has engulfed the state’s Probation Department.

Petrolati, the Democrat of Ludlow renowned for his behind-the-scenes ability to place supporters in probation jobs, had declined to answer questions under oath from counsel Paul F. Ware Jr., citing his constitutional right against self-incrimination. Ware hoped to ask Petrolati about his role in obtaining probation jobs for his wife, his former legislative aide, and scores of his financial supporters.

House Speaker Robert A. DeLeo said in a statement that he and Petrolati had “mutually agreed it would be in the best interests of the House of Representatives that he not seek re-appointment to the post of Speaker Pro Tempore when the House reconvenes in January.’’

DeLeo, who had previously made only one two-sentence comment about Ware’s report, offered a much more forceful reaction yesterday, saying he was “saddened and upset’’ by Ware’s findings and would make repairing the agency a top priority.

“The findings of the Independent Counsel . . . are severe, significant and disturbing,’’ said DeLeo. “It is clear the Probation Department cries out for reform and, as the speaker of the House, I intend to lead those reforms.’’

DeLeo met yesterday with Governor Deval Patrick, who has been seeking a transfer of the Probation Department from court to gubernatorial control.

But DeLeo’s promise of reform stands in striking contrast to his private testimony to Ware, a portion of which the Globe Spotlight Team obtained. During the Nov. 1 testimony, DeLeo was almost dismissive of the patronage scandal and said he had not closely read the May Globe Spotlight report on patronage in the Probation Department that triggered Ware’s investigation in the first place.

Asked by Ware whether he thought the systemic patronage at the department was “a little out of hand,’’ DeLeo’s reply was blasé.

“I look at it as my role as a legislator to be of any assistance that I can with my constituency, whether it’s a recommendation to — for a job, whether it’s to give whatever assistance I have because they’re down and out with housing or they’re trying to go through a state agency to get some help,’’ DeLeo testified.

“That’s my job as a legislator. I mean, it’s to recommend people.’’

Ware, in his report, documented at least seven cases where DeLeo helped people win jobs or promotions at probation. One was DeLeo’s godson, Brian Mirasolo, who at 28 is one of the youngest chief probation officers in Massachusetts history.

Four others are significant campaign contributors, giving DeLeo more than $5,000 in combined donations. And the full list of people who owe probation jobs to DeLeo may be a lot longer: The speaker has received more than $30,000 in campaign contributions from probation employees over the past decade — more than any other legislator except Petrolati.

After Ware’s scorching report became public last week — and was promptly forwarded to federal and state prosecutors for possible criminal investigation — Democrats in the Legislature increasingly pressured DeLeo to take a more emphatic, proactive approach. Some members had called privately for the resignation of Petrolati, who, as speaker pro tem, frequently presided over the House when it was in session.

“I am extremely appalled by the findings in the Ware Report,’’ said Representative James E. Vallee, the House majority leader. “We as the Legislature have a serious responsibility to the people we serve to reform the practices of the Probation Department.’’

House minority leader Bradley H. Jones Jr. of North Reading called Petrolati’s removal “a good decision on the part of the speaker.’’ He said the Ware report “raises some serious questions and questions he [Petrolati] will have to deal with in some form or fashion.’’

His Senate counterpart, minority leader Bruce E. Tarr, said Republicans will file a bill today to reduce the independence of the Probation Department and restore to judges some authority over probation hiring.

For Petrolati, a quiet but powerful player, the decision to step down culminates months of questions about his personal conduct. In October, the Spotlight Team documented his role as the preeminent political figure in the department’s patronage machine, with more than 100 of his financial backers holding jobs in the department. Those workers include 19 of the 25 people who run probation offices between Worcester and the New York border.

Ware also heard testimony that Petrolati dangled the possibility of a job in probation in order to influence a witness to a sexual harassment claim against the legislator in 1996, the Globe previously reported.

Before Ware’s report, agents from the FBI and IRS were already making inquiries about Petrolati’s business dealings, including his ties to a real estate developer and whether he received financial benefit for helping people obtain jobs.

The longtime legislator’s reputation also suffered during the scandals that felled the last two House speakers. He led the 2001 redrawing of legislative boundaries that was struck down in court as racially biased, a case that later ensnared Speaker Thomas M. Finneran on obstruction of justice charges.

Petrolati was the main point person that Speaker Salvatore F. DiMasi’s accountant used to lobby for legislation benefiting ticket brokers, according to the criminal charges pending against the accountant. DiMasi was indicted on charges in a separate matter involving the accountant.

Petrolati was not charged and remained in the House leadership. He could not be reached for comment late yesterday.

The Ware Report focused on the conduct of Probation Department employees who, Ware said, engaged in “pervasive fraud’’ by setting up a phony hiring and promotion process to conceal the fact that the employees were systematically giving jobs to people with personal or political connections to politicians and court officials.

But Ware made it clear that top legislators were major beneficiaries of Probation Commissioner John J. O’Brien’s sham hiring system, saying that O’Brien assiduously hired top legislators’ picks for jobs in hopes that the Legislature would boost his budget.

In fact, the Legislature gave the Probation Department more money than the Trial Court asked for each year from 2006 to 2009 — years when Petrolati was the third-ranking House Democrat and DeLeo was chairman of the House Ways and Means Committee, which plays a pivotal role in setting the state budget.

The extent of DeLeo’s own involvement in the pattern of patronage hiring in the department is unclear. Ware said last week that he had “no reason to believe that Speaker DeLeo did anything inappropriate.’’

But his report did raise some questions about the speaker’s role in one particular hire. When O’Brien’s chief aide, First Deputy Commissioner Elizabeth V. Tavares, told Ware’s investigators that O’Brien routinely gave her names of preferred candidates for probation jobs, she was asked for examples of the preselected favorites. She immediately named DeLeo’s godson, Mirasolo.

“I can think of Brian Mirasolo, who, I think, came from an aide in the speaker’s office,’’ Tavares said, according to a transcript of her testimony in July. That testimony was given before she decided to invoke her Fifth Amendment privilege and refused to cooperate further with Ware’s probe.

Tavares said O’Brien told her that Mirasolo “was recommended and [she should] contact the local level to see if we could move him to the next round.’’

Because of their close personal relationship, DeLeo’s apparent sponsorship of his godson may have violated the state’s conflict-of-interest law. At a minimum, the rule says, he should have filed a written disclosure with the House clerk.

Mirasolo’s father, Leonard, who works for DeLeo, also may have violated the Ethics Commission’s nepotism rules. Officials are forbidden from participating in matters in which an immediate family member has a financial interest.

But two probation sponsors lists dated 2005, included in the exhibits with Ware’s report, indicate that Leonard Mirasolo sponsored his son.

Yesterday, a DeLeo spokesman acknowledged that DeLeo wrote a letter of recommendation for Mirasolo because DeLeo believed he was highly qualified for the job.

But the main focus of DeLeo’s office was on his new determination to reform probation, noting that he will be seeking out top specialists in court management for assistance, such as J. Donald Monan, Boston College chancellor.

Monan chaired a committee in 2003 that issued a sharp critique of court management in Massachusetts and sparked changes geared toward efficiency and transparency.

That’s a big turnaround from Nov. 1 when DeLeo, in his testimony, seemed to suggest that the problems in the Probation Department were no different than those of other government agencies.

“Hell, I recommended Margaret Marshall to be appointed as chief justice of the court,’’ DeLeo said, according to a transcript of his testimony. “I mean, which if my memory serves me correctly, you know, she requested of me. Do I think that’s wrong? No. She’s capable.’’