Jewish groups brace for loss as Kaufman prepares to leave 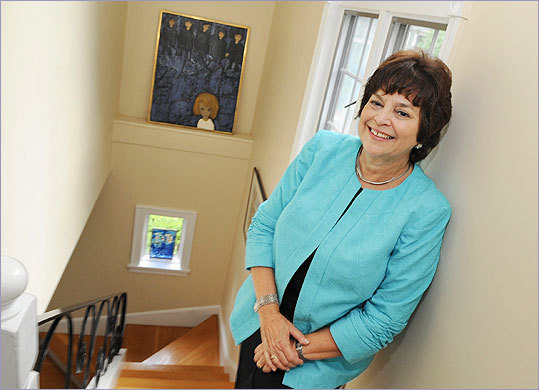 Nancy Kaufman, the hard-charging, staunch advocate for social justice and executive director of the Jewish Community Relations Council, will leave her post at the end of the year, marking the first significant change in leadership among the small circle of Boston Jewish professionals since the death of Leonard Zakim in 1999.

Kaufman, who is 59 and grew up in Brookline, will leave Boston in December to become the chief executive officer of the National Council of Jewish Women in New York. A former assistant secretary under Governor Michael S. Dukakis, she was tapped to lead the Jewish Community Relations Council in 1990. With more than 40 member organizations, Kaufman expanded the group’s mission over the past two decades, spearheading initiatives that focused on social justice, Israel advocacy, and lobbying state leaders on issues ranging from health care to Israel.

“This was an opportunity to take what I did in Boston and bring it to a national stage,’’ said Kaufman, 59, who helped build a three-person nonprofit into one of the region’s most recognizable social justice groups. “I will continue to work on advocating for universal social justice from a particularly Jewish perspective and to focus on issues for women and children.’’

Long-term observers of the small circle of Boston Jewish professionals said Kaufman’s departure would be felt at numerous levels.

Known for her heavy Boston accent and staunch advocacy for Israel, Kaufman had a ubiquitous presence across the state — balancing a wide platform of social justice programs with a passion to educate Beacon Hill’s best-known politicians about Israel. During the past 20 years, she led more than 100 elected officials on trips to Israel, bringing along the likes of Mayor Thomas M. Menino, William M. Bulger, the former Senate president, and Salvatore F. DiMasi, the former House speaker.

Menino, who took his first trip to Israel with Kaufman and the Jewish Community Relations Council in 1994, said a first-hand look at the country gave him a better understanding of Israel’s security issues.

“It was a very educational trip and what I learned on the trip about the Jewish community will be embedded in me the rest of my life,’’ he said.

Besides instituting literacy, tutoring, and other volunteer programs that brought suburban Jews together with inner-city youth, she was often seen in the State House halls, successfully lobbying for secular bills such as gay marriage and the state’s divesture in state pension funds with companies that invested in Sudan and Iran.

“She has been a dedicated, tireless, and effective advocate for causes that affect all citizens. The Boston area’s loss will be the National Council of Jewish Women’s gain,’’ said Steve Grossman, a candidate for state treasurer and a former president of the American Israel Public Affairs Committee. Grossman was part of the search committee that selected Kaufman in 1990.

“It’s a loss because Nancy was a real innovator and helped to shape a new kind of agenda for the Jewish community,’’ said Barry Shrage, president of the Combined Jewish Philanthropies, the largest Jewish charity in New England.

Besides creating literacy and mentoring programs, Kaufman also became a key Boston Jewish representative in interfaith organizations such as the Greater Boston Interfaith Organization, where she helped push for overhauling the state’s health care law and formed committees to aid victims of Hurricane Katrina.

Some, like the Rev. David Michael, called her the “go-to’’ person in Boston’s Jewish community.

“Anytime I would need to reach out to the Jewish world as the representative of the archdiocese, it would be through Nancy,’’ said Michael, associate director for interreligious relation for the Archdiocese of Boston. “This is a woman who has real passion for engaging the world with issues of social justice.’’

Philanthropist Myra Kraft credited Kaufman with helping transform the Jewish Community Relations Council from a little-known Jewish group to one of the highest-profile nonprofits in the city. “She made the JCRC what it is today,’’ said Kraft, the wife of owner Robert Kraft.

Bill Gabovitch, Jewish Community Relations Council president, said the group hoped to fill Kaufman’s post before the end the year, and Shrage said he expects the council’s mission to broaden. “It will expand and continue down the philosophical line that Nancy helped lay out,’’ Shrage said.

But Charles Jacobs, who helped found the Massachusetts-based, pro-Israel organizations The David Project and Americans for Peace and Tolerance, said the council’s future agenda needs to focus more on ways to respond to growing anti-Semitic voices in urban mosques.

“Many important Jewish scholars now believe that Islamic anti-Semitism is the largest threat we’ve faced since Hitler and I think that the JCRC and all Jewish bodies need to drop its fear of being called the bigots and Islamophobes in order to stand up to Islamic anti-Semitism,’’ said Jacobs.

Steven Rosenberg can be reached at srosenberg@comcast.net.