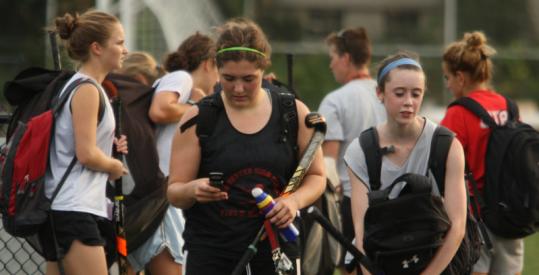 This is going to be hard.

On Thursday, the Safe Driving Act takes effect here, placing Massachusetts among the majority of states where the law forbids texting while driving, and where 16- and 17-year-old motorists will not be allowed to use a cellphone in any manner while at the wheel, unless it is to dial 911.

But specialists say changing behavior will require more than a change in the law, especially among teens, who are both the least experienced drivers and the heaviest text-message senders. Safe driving advocates say it will be up to parents to help persuade teenagers to stop using mobile devices while driving.

“It’s important for parents to be aware of this law, and to model good behavior,’’ said Mary Maguire, public and legislative affairs director for AAA of Southern New England, and a mother of three teenagers. “I think that’s more powerful than talking to kids.’’

To persuade teenagers that it matters, many parents must not only familiarize themselves with the new law but — in many cases — wean themselves of ingrained habits.

“Cellphones came out when my kids were young, and I said to my husband, ‘I think I should have one for emergencies,’ ’’ said Janice Weiner of Winchester, a mother of three. “And then I started using it in the car, because it was the only time I could have peace, and no interruptions. I didn’t feel like it was unsafe then. But I’ve had so many instances — like last year, where I was on the phone or texting, and almost hit a tree, and I got so scared that that’s not what I do anymore.’’

Weiner, gathered with other parents late last week to watch a high school field hockey game at Winchester’s Knowlton Stadium, said she raises the issue with her children, but could do more. Before her youngest child, 17-year-old Kristen, drove to Connecticut last weekend to visit her boyfriend, Weiner asked her to put the phone on the backseat and turn it off, but she did not follow up.

Interviewed after the game, Kristen said she had in fact kept the phone turned on and in the center console, but had resisted answering calls or texts on the highway.

“I wouldn’t use it on the Mass. Pike,’’ she said, adding that on local streets, she sometimes texts quick replies. “On the highway, it’s scary.’’

Of a dozen or so home-team parents clustered in the center of the bleachers, all said they had spoken with their kids about the potentially deadly mix of cellphones and cars, and most knew the law was about to change. None had the particulars committed to memory.

Some did not realize the junior operator ban will prohibit talking as well as texting. But the parents said they were more worried about texting anyway, which they see as more dangerous and more common.

Chris Coffin, a father of two, offered an illustration of how texting has supplanted calling among teens: “I [left] my daughter a voicemail. She didn’t get it. So I texted her and said, ‘Did you get my voicemail?’ She texted back, ‘No. What was it about?’ ’’

Everyone watching the field hockey game laughed, because everyone could relate. Each said their teenagers send 50, 100, 200 texts a day — one every few minutes while awake, thumbs flying.

“I’m more concerned about [the] texting than I am about the drinking,’’ said Cindy DeRosa, a mother of four.

Along with time-tested messages about speeding, drinking, and seatbelt use, the state is now cautioning against cellphone use — and spreading the word about the new law — through highway signs, high school announcements, revisions to drivers’ education curriculums, posters in pediatricians’ offices, and, of course, Facebook messages.

The federal government, insurance companies, and groups such as AAA have all mounted similar campaigns.

“Everyone has a cellphone, and everyone thinks they can use it while driving,’’ US Transportation Secretary Ray LaHood said last week, as he opened a Distracted Driving Summit in Washington, D.C., prompted by statistics showing that close to 1 million of the 5.5 million reported crashes nationwide in 2009 were caused by cellphones and other distractions.

“If you’re looking down at your texting device for four or five seconds, you drive the length of a football field in a 4,000 pound unguided missile,’’ LaHood told reporters.

Under the new Massachusetts law, for adults, a first texting offense will bring a $100 fine, while a lesser-known penalty — for improper phone use, such as taking both hands off the wheel to talk — carries a $35 fine.

The penalties are much stiffer for junior operators, or drivers under 18, caught using a phone or two-way “mobile electronic device.’’ A first offense brings a 60-day license suspension and $100 fine, plus required attendance at an “attitudinal retraining’’ course. The second-offense penalty is a $250 fine and a 180-day license suspension.

An Insurance Institute for Highway Safety study of thousands of teens in North Carolina suggests such laws may not be immediately effective. After a similar law took effect there, the percent of teens observed texting or talking on the phone at the moment they approached or exited their high school increased slightly, from 11 to 12 percent.

In Winchester, some parents, like Mary Zamierowski, said the new law overlaps with their own “zero tolerance policy.’’ Zamierowski has already shown her kids, 16 and 20, Oprah Winfrey’s special on distracted driving, and she posted Oprah’s “No Phone Zone’’ pledge in the house.

DeRosa said her four children helped her. “I’m tough on them and they’re tough on me,’’ she said. “They won’t even let me answer the phone if I’m driving and it rings.’’

But DeRosa said her husband — who just then was approaching the bleachers from the parking lot — is a different story, a chronic e-mailer who has even tapped on a palmtop device with a stylus while driving.

“I threw you under the bus,’’ she said to her husband, Chris, as he took a seat.

“You talk, you text, you e-mail on the phone while driving,’’ she said.

Students interviewed after the game — a 1-0 Winchester victory over Wakefield — were clearly aware of the issue of distracted driving, even if not versed in the details of the law. All said they tried to avoid driving and texting, but that some succeed more than others.

“I can’t even change the radio on the highway,’’ said senior Catherine Olsen. “The thought of being distracted while driving kind of scares me, because I’m not that experienced of a driver.’’

Olsen and her friends “shotgun text’’ — with a passenger typing on behalf of a driver — and speak up if they see a friend or sibling doing something unsafe. But they all said they would be uncomfortable speaking up if the driver was not a close friend.

Melanie Coffin, another senior, said her parents “trick call’’ her when she is driving. “If I answer, I get in trouble,’’ she said.

Annie DeRosa, a junior who will take her road test for her license in November, was the only one who knew the law was changing this week, and that for junior operators it bars all phone use, not just texting — with license suspension as the penalty. She learned about it in drivers’ ed.

Coffin wasn’t so sure. She thought the penalty might be too harsh, and that many teens might ignore the rule, thinking either they won’t get caught or won’t get hurt.

But Coffin said she had sworn off texting for reasons beyond the law — after a friend who was texting veered onto the sidewalk on Main Street and crashed into a pole. By some miracle, she avoided injuring herself or others but totaled her car.