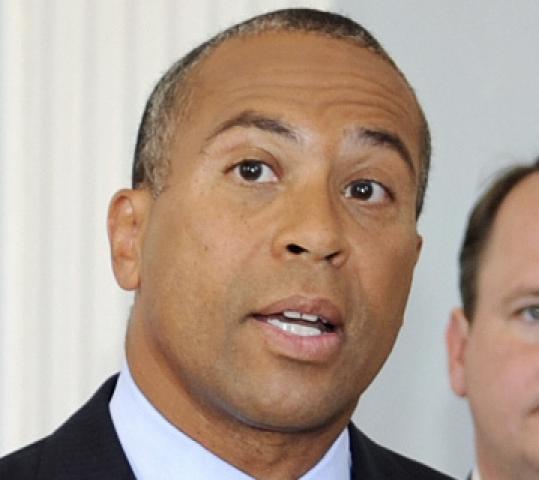 The Massachusetts Probation Department’s culture of secrecy, failure to evaluate its own performance, and indifference to the best methods of reforming criminals have wasted scarce public funds and compromised public safety, according to a new study to be released today.

If public safety agencies — primarily probation — do not do a better job of keeping offenders from returning to the state’s overcrowded prisons, Massachusetts will need to spend $550 million to build new jails and $45 million every year to run them, according to the Boston Foundation report.

“The manifold failures of our current Probation Department are leading to skyrocketing costs . . .,’’ said Paul S. Grogan, president and chief executive of the Boston Foundation. “The human cost is also of great concern to us. . . . It means probably our prison population is much larger than it should be.’’

Also yesterday, Governor Deval Patrick called on state Inspector General Gregory W. Sullivan to investigate the agency, and two of the state’s top judges sought to reassure the public that changes are underway.

The new review — which follows a Spotlight Team report Sunday highlighting the Probation Department’s mismanagement and inflated claims — will likely examine the department’s efficiency and whether it is wasting public funds, according to Jack McCarthy, the senior assistant inspector general. Independent counsel Paul F. Ware Jr. already is examining patronage hiring and promotion within the 2,200-employee agency.

The Globe’s findings are “extremely troubling,’’ Patrick said. “I have personally asked about the doings over there and got no response. That’s just not acceptable.’’

The Spotlight Team reported Sunday that the Probation Department’s electronic monitoring program has more employees than any other state and that its $19.5 million statewide network of rehabilitation centers is increasingly shunned by judges and county sheriffs who considers its performance lackluster. In May, the Globe reported that the department has hired at least 250 relatives, friends, and financial supporters of politicians or court officials.

After the May report, Supreme Judicial Court Chief Justice Margaret H. Marshall and Robert A. Mulligan, chief justice for administration and management, suspended Probation Commissioner John. J. O’Brien. Yesterday, the two judges said in a statement that the acting administrator is examining the effectiveness of all programs, including electronic monitoring and Community Corrections Centers.

“We want to reassure the residents of Massachusetts and court employees that court leaders continue to take comprehensive measures to address issues regarding the Probation Department reported in The Boston Globe’s Spotlight articles,’’ they said.

With strong support from state legislators, Probation Department spending skyrocketed 163 percent from 1998 to 2008, according to a previous Boston Foundation report. Other public safety agencies’ budgets grew by no more than 20 percent. But those figures don’t capture the taxpayer money lost when the agency fails to help troubled lawbreakers change their ways — leading them back to jail.

“The Legislature should be asking: What are we getting for this cost?’’ said Len Engel, the lead author of both Boston Foundation studies. Engel is managing associate for policy at the Crime and Justice Institute, part of the Boston-based nonprofit Community Resources for Justice. “There seem to be no questions asked.’’

The new report says that several states have been able to close prisons or shelve construction plans by making the kinds of moves the foundation recommends in Massachusetts, including intense data analysis, staff training, and programs that can change the way criminals think.

For example, focusing resources on the riskiest offenders helped Michigan cut returns to prison by 32 percent and reduce the prison population by 6,500 people — to 45,000 — in three years, according to the report.

A spokeswoman for the state’s trial court system, of which the Probation Department is a part, said officials could not comment on the Boston Foundation report because they had not seen it.

The report highlighted “best practices’’ widely accepted elsewhere, but not in Massachusetts. According to research, identifying the danger posed by an offender, and what kind of help that person needs to get back on track, is crucial to preventing a cycle of crime.

But Massachusetts has been using the same eight-question assessment form since 1988. The Probation Department told Engel that 81 percent of its probationers are deemed high risk, while modern assessment tools tend to place only about 15 percent of offenders in that category.

That matters because high-risk offenders need costly, intense intervention, while low-risk offenders are more likely to rebuild productive lives when they get less attention from their probation officers, according to research.

Mulligan and Marshall said the trial court is working with a national expert to update its risk assessment method.

In Connecticut, one of the model states the report identified, offenders receive different services depending on how they score on a scientifically validated, 54-question risk assessment. Some of most troubled probationers are put into inpatient treatment. Those who misbehave on regular probation are assigned to specially trained officers with small caseloads.

But only about a dozen officers supervise some 16,000 low-risk offenders with phone calls and mail instead of in-person appointments, according to William Carbone, executive director of the Court Support Services Division, which oversees probation within Connecticut’s court system.

Noah Bierman and Thomas Farragher of the Globe staff contributed to this report. The Spotlight Team would like to hear from readers with tips about the state’s Probation Department. The telephone number is 617-929-3208. Confidential messages can also be left at 617-929-7483. The e-mail address is spotlight@globe.com.