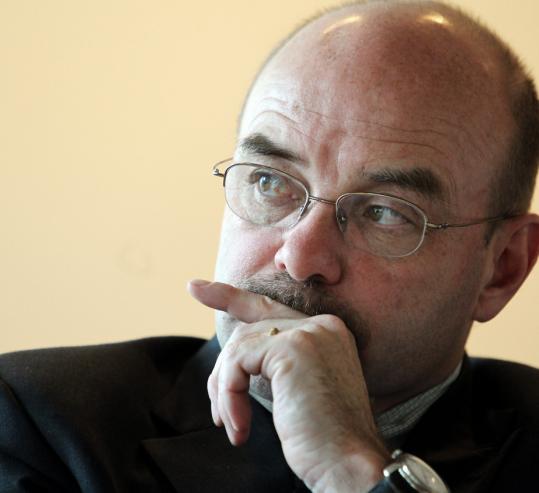 Somerville and Medford residents waiting to swipe their CharlieCards and ride the Green Line must now wait even longer. State officials disclosed Friday that completion of the project — discussed for decades, put off by a succession of administrations, and planned in earnest for the past five years — will be delayed again, until at least October 2015.

Expensive, complex projects get delayed all the time, and this one will run through the state’s most densely populated city (Somerville) and cost an estimated $954 million, 50 percent more than the state predicted just a few years ago.

But this delay means more than disappointing residents in an urban corridor bracketed by elevated highways and suburban-bound commuter rail tracks but served only by buses and cars. The state is legally bound to finishing the Green Line by the end of 2014, because it is part of a list of nonautomobile improvements it pledged to offset environmental impacts of the Big Dig, comply with the federal Clean Air Act, and avoid a lawsuit from the Conservation Law Foundation.

Missing that deadline will make the project more expensive, because the state will need to come up with an air-quality-improving short-term alternative to the Green Line or face legal and community pressure. The project delay was acknowledged in an annual status report that the state Department of Transportation must file with the Department of Environmental Protection to update its progress on the Green Line and other Big Dig mitigation efforts, a list known as the State Implementation Plan. The 2010 report was filed Friday, and transportation officials began calling local leaders and stakeholders to alert them to the delay before the report landed at DEP.

Jeffrey B. Mullan, the state’s transportation secretary and CEO, said supporters should not see this as a lack of commitment to the Green Line or a sign of financial woes.

“This is, if not our top priority, one of our top priorities in the transportation world,’’ he said. “It is a good project, it is a worthy project, and it’s one that we’re committed to.’’

Mullan attributed the delay to the year or more the state spent negotiating with the community and investigating alternative locations for a 24-hour, 11-acre service yard for Green Line trains that the state wanted to put squarely amid the Inner Belt, a little-utilized industrial area. That seemed like a suitable location to the state because it’s something of a no man’s land and because part of the property was publicly owned. Locals objected for the same reasons — arguing that if the Green Line is to fulfill goals of getting people out of cars and encouraging new development around transit, then the Inner Belt should instead be readied for new housing, businesses, and amenities.

The state ultimately agreed in May to relocate the yard, pushing it to the east edge of the Inner Belt, next to an existing 30-acre maintenance yard that serves MBTA commuter rail trains, though the plan would be more expensive and require some eminent domain takings. Officials said previously the maintenance yard debate would not delay the project, but when they prepared their annual report they realized they were wrong, Mullan said.

“I think it’s time well spent, because I think we’ve got a better project than we had,’’ Mullan said.

He said the state would work with the community on a short-term environmental alternative, like retrofitting local MBTA buses to use less fuel and release fewer emissions.

“It’s disappointing, because you want the Green Line to happen as soon as possible,’’ said Rafael Mares, a Conservation Law Foundation staff attorney for transportation and environmental-justice projects. “What I think is important is if there’s no way to avoid the delay that at least there’s appropriate mitigation and the community has a say in that.’’

Ellin Reisner is president of the Somerville Transportation Equity Partnership, which has spent years engaging the community and trying to hold the state’s feet to the fire. “On some level I’m not surprised, but I’m disappointed,’’ she said. “As someone who works as an advocate for this, you have to constantly be paying attention to the process to make sure it doesn’t get railroaded.’’

The state does not have the money in hand to build the project but is working on an application for the Federal Transit Administration’s New Starts program, to win half the funds. Governor Deval Patrick has said the state will make good on its commitment even if that application does not succeed.

Mullan said that is still the case, and the state is especially optimistic about winning federal money with changes looming for the scoring process. US Secretary of Transportation Ray LaHood has said New Starts will be redesigned to value “livability,’’ including economic development potential and sustainability; under the Bush administration, projects won or lost largely on a riders-per-dollar formula.

But advocates of greener transportation worry that the state has not moved fast enough to balance transit and bike projects with highway construction, and that it remains hampered by the massive debt burden from the Big Dig and political wariness over new taxes for transportation.

“The good news is it really appears that Secretary Mullan understands the vision and . . . is actually trying to move the direction of planning and implementation toward what the law requires and logic says is needed for the future,’’ said Steven E. Miller, a board member of the transportation advocacy group LivableStreets Alliance. “[But] it obviously is proving difficult to happen quickly.’’

T ridership up; increases for 3 months registered
MBTA ridership numbers are in for May, and they show a weekday average of 1,262,000 daily one-way trips on all modes, a 3 percent increase over May 2009. The April numbers were up 2.5 percent over April 2009, and the March numbers were up 3 percent. That’s the first time the T has posted three straight months of year-over-year growth since fall 2008, when gas was just beginning to fall from $4 a gallon and the Great Recession had not exacted its greatest toll on employment.

Here’s how individual modes in May compared with May ’09: Buses up 6.7 percent, heavy rail (subway) up 3 percent, light rail (Green Line) up 5.7 percent, commuter rail down 10.7 percent.

The T is traditionally a lagging indicator, not a leading indicator, of economic recovery, said Brian Kane, budget and policy analyst for the MBTA Advisory Board, which represents the cities and towns served by the T. The drop in commuter rail ridership is the surest sign the economy is not back yet, he said.

What to make of the increases to other categories?

The T itself touted the bus increase as a sign that people appreciate its investment in new hybrid buses for a couple of routes (purchased with federal stimulus funds) and the release of real-time data to help riders catch the bus on select routes.

But what, then, do we make of the subway increases, despite a pattern of service-related delays on the Red Line and other problems afflicting an aging and financially burdened system?

“What this indicates to me is that we’ve had some good months of tourism,’’ Kane said. “We’ve had a couple of conventions in town, and the Sox have had a lot of homestands.’’

Rest assured, Concord Rotary delays only temporary
Glenn in Littleton e-mailed to ask about traffic tie-ups on Route 2, which he uses for his early-morning commute to Wellesley.

Every ride for the past two weeks has crawled to a halt at the Concord Rotary and remained stop-and-go to the intersection of Route 2 and Route 62, about 1 1/2 miles east, he reported.

The good news, according to Department of Transportation spokesman Richard Nangle, is that the delays are temporary and should improve by the end of July. The state has engaged in a series of separately bid projects to repave stretches of Route 2, paid for with federal stimulus funds.

Although Route 2 opens up in other places, the Concord stretch of the highway is dotted with traffic lights, and the milling of the road for repavement meant destroying the “loop detection devices’’ — the wires buried in the pavement that tell the traffic lights when cars are waiting.

As a result, the lights have been changing to allow for traffic to cross Route 2 from side streets, even when no one is waiting to do so.

The delays should not be as bad during peak commuting times — 6:30 to 9:30 a.m. and 3:30 to 7 p.m. — because that is when the lights are coordinated for traffic flow and not activated by the loop detectors, which will be replaced with the final repaving, Nangle said.