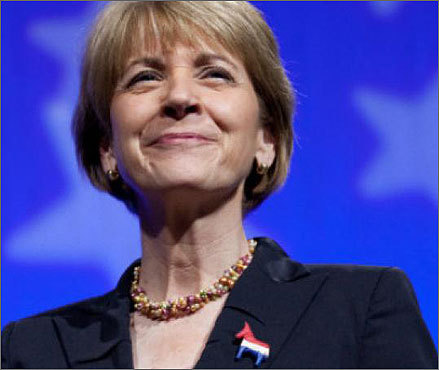 Attorney General Martha Coakley has won a $102 million settlement from Wall Street’s & Co., money that will help more than 1,000 Massachusetts homeowners who are in foreclosure or saddled with unwieldy subprime mortgages.

The deal, the first of its kind in the country with Morgan Stanley, followed an investigation by Coakley’s office into the firm for fueling subprime mortgages written by , a large California lender that went bankrupt in 2007. She said Morgan Stanley knew that New Century was making predatory loans, but continued to provide the lender billions of mortgage dollars by buying the loans to turn them into securities.

Morgan Stanley “uncovered signals pretty early on that the lending practices of New Century were not sound,’’ Coakley said at a press conference yesterday. “Morgan Stanley knew they were making loans designed to fail.’’

Most of the affected borrowers are clustered in urban communities around Boston, Chelsea, Lowell, Lawrence, and Brockton. There were also large pockets of New Century customers in Worcester and Springfield.

Under the agreement, $58 million would go to cut the principal due on New Century loans for about 600 borrowers, as well as to assist 400 other New Century borrowers who have already lost their homes in foreclosure.

Another $23 million would go to the state pension fund, which invested in the securities packaged by Morgan Stanley; those securities went bad when the mortgage market collapsed. The Commonwealth will get another $19.5 million in the settlement.

Morgan Stanley, in a statement, said it was “pleased to resolve this matter in a way that will help many Massachusetts homeowners stay in their homes.’’ The New York investment banking firm neither admitted to nor denied the attorney general’s allegations.

The agreement aims to help New Century borrowers who are having trouble paying and who cannot get refinancing. Depending on how much equity a borrower has has in a house, that could mean a principal cut of $49,000 on a $196,000 loan.

The loans in question were made between late 2005 and mid-2007, and were often approved with inadequate documentation, according to Coakley.

Among the allegations in the state’s case, filed in Suffolk Superior Court, is that New Century was making bad loans at a frantic pace, in part to fulfill its obligation to Morgan Stanley; according to the lawsuit, the firm committed to provide up to $3 billion during 2006 and 2007, New Century’s largest line of credit.

During a brief period in March 2007, just a month before New Century filed for bankruptcy protection, Morgan Stanley was providing cash directly to borrowers at the closing table so they could complete their loans, the state alleged.

Morgan Stanley was not the only company to do so amid the frenzy of the mortgage bubble, but the practice was problematic because it allowed more people who couldn’t afford home loans to get them.

As the mortgage industry was coming apart in 2007, Morgan Stanley and other investment banks were still pouring billions of dollars into unscrupulous mortgage lenders. The banks wanted mortgages to slice up into securities, which they then sold to investors, including the Massachusetts state pension plan, as safe, conservative investments. As more people couldn’t keep up with their loan payments, the market for mortgage securities imploded.

In addition to reimbursing the state pension fund $23 million for losses on mortgage securities, Morgan Stanley will pay the Massachusetts Municipal Depository Trust about $400,000. The trust is a cash fund run for local governments by a unit of Fidelity Investments.

“I am pleased that this settlement has been reached for the benefit of Massachusetts homeowners, retirees and taxpayers,’’ Treasurer Timothy P. Cahill said. He is chairman of the state pension fund and oversees the Municipal Depository Trust.

The Morgan Stanley settlement is part of the attorney general’s broader investigation of Wall Street’s role in the financial crisis. Coakley said her office has reaped $440 million in restitution from large and small firms on behalf of homeowners and investors over the past two years. In March, her office announced $18 million in loan modifications from mortgage lender Countrywide Financial Corp.