Much is riding on Worcester rail deal 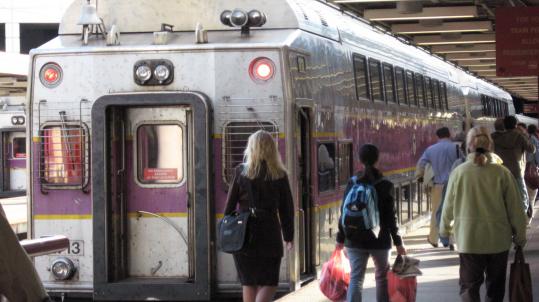 A long-awaited, $100 million deal between the state and railroad giant will move operations from the company’s sprawling rail yard in Allston to Central and Western Massachusetts and add at least seven train trips to the Worcester-Framingham commuter rail line in 2012.

The agreement was made public in September, but the details were unveiled in meetings before Worcester city officials this week. Before the deal can be closed, both Worcester and Westborough must approve provisions allowing CSX to enlarge its rail yards in those communities. In Worcester, where there has been neighborhood opposition, the City Council is delaying a vote until after a June 29 public hearing.

CSX and state and local officials say the agreement could end years of frustration among commuters from Boston’s western suburbs who use the often-late rail line, open a large parcel in Boston for development by Harvard University, and even reroute some commuting pat terns to North Station.

“We talked about that in ’06 and we worked on delivering on it,’’ said Murray. “We’ll be able to make some of the infrastructure improvements because we own it.’’

Currently, the Worcester-Framingham line terminates at South Station. But because the state will own transfer facilities in the Allston rail yard, Boston-bound trains could also be redirected to North Station, Murray said, to form a closer connection between the world-class hospitals, universities, and private laboratories in both cities.

“Wherever you can cross-pollinate where people can live, work, and seek an education, you’re going to have jobs and economic development,’’ he said.

Under the agreement between CSX and Massachusetts, the state would spend $50 million to purchase the 21-mile track between Framingham and Worcester, and another $50 million to buy the New Bedford-Fall River line and the CSX tracks in South Boston.

Officials said the move would allow them to make significant improvements to the line and manage freight and commuter rail traffic so they could schedule more train journeys.

In addition to buying the CSX lines, the state and CSX would spend $79 million to raise bridges between Interstate 495 and the New York State line to allow for double-stacked cargo trains.

Liability claims for accidents involving CSX trains on a state-owned track were a sticking point in negotiations between the state and the railroad. State officials and company executives agreed the state would be responsible for accidents that occurred as a result of negligence, while CSX would be liable for as much as $7.5 million for mishaps caused by willful misconduct, said Jamey Tesler, an attorney with the state Department of Transportation. CSX will pay the MBTA $500,000 a year to defray MBTA insurance costs, Tesler said.

A major hurdle for the agreement is now the Worcester City Council, whose members are being asked to approve CSX’s proposal to double the size of the company’s rail yard in the city, which is now approximately 25 acres.

Councilors’ assent is crucial for the agreement because CSX plans to move much of its 80-acre Allston operation to the city of Worcester. The company plans to spend around $100 million on the Worcester expansion, creating 40 permanent jobs and 380 construction jobs annually for two years, Worcester City Manager Michael O’Brien said at a City Council meeting Monday.

Worcester officials have been receptive to the deal, but neighborhood opposition to closing a small city street to expand CSX’s train yard has delayed the City Council’s final vote. CSX has pledged to spend almost $10 million as part of a mitigation package to satisfy neighborhood concerns. The state has also sweetened the deal with $13.6 million in road and traffic improvements.

At the council meeting Monday, electrician Leonard Ciuffredo said he welcomed the jobs the expansion would bring, but did not think local politicians should be courting the rail industry. “We spent the last 30 years on re-creating our city as a center for life sciences and technology and education,’’ said Ciuffredo. “Now we want to be a rail hub. If it were such a good deal, would the Boston politicians let it come to Worcester?’’

In addition to much-needed jobs, O’Brien said, additional commuter rail service is a crucial part of Worcester’s future. The city’s stately Union Station, renovated a decade ago but still largely underused, sits across the street from an abandoned mall officials have been trying to redevelop for years. Expanded commuter rail service would make the mall site more attractive to developers.

“It means a more convenient schedule, it means more reliable service, and, of course, in the end it’s going to be a quicker trip, including express trains,’’ said O’Brien. “That’s what will make this region able to compete in this global economy, and it will continue to position Worcester well for the opportunities ahead.’’

CSX spokesman Robert Sullivan said Allston train operations would be shifted west by 2012. That clears the way for Harvard University to finally assume control of the site. Since 2001, the university has purchased around 140 acres in the area, said spokeswoman Lauren Marshall. After CSX leaves, the university will probably seek to remove easement restrictions, making construction of new university buildings possible.

John Dyer can be reached at johnjdyerjr@gmail.com.