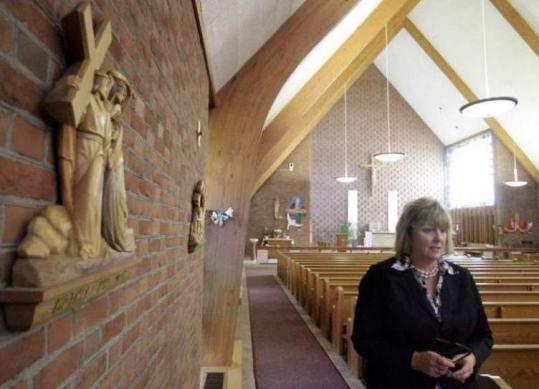 Nine cities and towns have forced the Roman Catholic Archdiocese of Boston to pay property taxes on closed churches, schools, convents, and parish halls, contending that the buildings no longer qualify as tax-exempt because the archdiocese is not using them.

Two of the taxed churches — St. Frances X. Cabrini in Scituate and St. Jeremiah in Framingham — have been occupied for years by former parishioners protesting their closure. But local assessors insist the church buildings are now taxable because the vigils are not sanctioned by the archdiocese.

The archdiocese has fought back, arguing that its closed churches should remain exempt from taxation, but has had little success. In Belmont, Danvers, Lowell, Lynn, and Revere, the archdiocese has withdrawn appeals of tax bills for closed churches, reluctantly agreeing to pay reduced levies totaling about $280,000. This year, for example, it will pay the city of Lowell about $19,400 in property taxes on Sacred Heart Church, which was closed in 2003.

Hundreds of thousands of dollars remain in dispute before the state Appellate Tax Board, where the archdiocese hopes to fend off tax collectors in Framingham, Natick, and Scituate, and where it is also challenging Revere’s decision to tax a convent that still houses a small number of nuns.

The tax disputes have come to a head at a time of financial duress for both the archdio cese and cities and towns.

Cuts in state aid have forced cities and towns to chop school budgets and scale back library hours. Many of the archdiocesan properties are tempting tax targets because they are expansive and in desirable areas of town, meaning their potential property values are high.

In seaside Scituate, the assessed value of the St. Frances property has fluctuated between $3 million and $4 million; the tax bill for the property is about $34,000 this year.

“That’s a firefighter, or a teacher, or a DPW worker — that’s not money that Scituate can leave on the table,’’ said Jay Talerman, a lawyer who represented the town in Superior Court.

The archdiocese, meanwhile, has struggled to regain its financial footing in the aftermath of the sexual abuse crisis. This year, the archdiocese hopes to bring its budget into balance for the first time since Cardinal Sean P. O’Malley arrived in 2003. Paying property taxes, the church argues, diverts money from its charitable and spiritual work.

“All of the church property, basically, is relied upon as a source of support for our broad mission, which is. . . to support the poor and help the needy,’’ said F. Beirne Lovely, general counsel for the archdiocese.

The archdiocese suffered a setback recently when it withdrew its Superior Court case against Scituate after initial rulings on motions suggested the church was not likely to prevail without a costly and uncertain battle in appellate courts.

Lovely said the church has settled with municipalities in cases where fighting the tax bills in the courts would cost more than paying them. He contends the church would have ultimately won its lawsuit against Scituate, which he said the church withdrew only because a lengthy appeals process would have been too expensive.

But local assessors insist that the law is on their side: Property owned by religious organizations, they say, is only tax-exempt if it is being actively used by its owner for a religious purpose.

“When that use changes — when the church is no longer being used as a church or the parsonage is abandoned or rented — that exemption goes away,’’ said Richard D. Simmons Jr., assessing administrator in Belmont, where last year the church reached an undisclosed settlement over property taxes levied on Our Lady of Mercy church. The property was sold shortly before the settlement.

Estimating the value of a church property can be difficult, since churches tend to be properties that have never been sold before. Assessors say they factor in the value of land and buildings, as well as the sale prices of comparable churches in nearby communities.

The archdiocese has tangled with assessors over how to value church buildings, and, according to church officials, won a $30,000 abatement from the city of Boston by persuading the Appellate Tax Board that the city had overvalued a school building that had been part of St. Peter parish in Dorchester. The building is now being used as a charter school and was removed from the tax rolls in 2009, according to the city.

Assessors in some communities say they keep close tabs on church property.

“I’m very careful about it,’’ said Susan LeMay, Lowell’s chief assessor. “I literally drive by to see if there is anything going on, but I also talk to the people in that area. Plus I send my guys through, to be on safe side.’’

At St. Frances and St. Jeremiah, there is plenty going on — they are being occupied around the clock by former parishioners protesting their closure. Vigil-keepers at St. Frances hold regular lay-led services that draw hundreds of people, and at St. Jeremiah, in addition to vigil-keepers, members of a little-known Eastern Rite Catholic community, the Syro-Malabars of southwestern India, are using the church with the permission of the archdiocese.

In Scituate, the archdiocese cited the vigil in court as evidence that St. Frances is still being used as a house of worship, and therefore should be tax-exempt. But vigil-keepers at St. Frances submitted testimony on the town’s behalf, pointing to numerous occasions when they had requested that the archdiocese send a priest for a holiday service and the archdiocese either refused or did not respond.

Brian Sullivan, chairman of the board of assessors in Scituate, scoffs at the archdiocese’s argument.

“It’s ironic that in one courtroom they are fighting parishioners to get them thrown out, while in another courtroom they’re saying that services are still being conducted there,’’ he said.

“It may be being used for religious purposes, but since they own the property, they have to be running it’’ to get the exemption, Dargon said.

Suffolk Superior Court Judge Paul E. Troy rejected the archdiocese’s request for a quick ruling in its favor in the Scituate case last fall. The law allows houses of worship to maintain their tax exemptions when the use is temporarily interrupted, but there must be “a distinct and fixed intent to use it’’ for religious purposes in the future, Troy wrote in his denial of the church’s motion for summary judgment.

“The property tax exemption . . . depends on the intended use of the property,’’ the judge wrote.

Lovely, the archdiocesan counsel, said that, because worshipers were appealing the church closings to the Vatican, the archdiocese could not know what the future use of the buildings would be.

But earlier this month the Vatican’s highest court rejected the worshipers’ appeals, and that decision could lead communities to try to tax more closed churches. Peter Caron, the assessor in Lynn, said his city had granted the archdiocese a tax exemption for St. Michael the Archangel Church and its rectory while former parishioners appealed the closing to the Vatican; the archdiocese did pay taxes on an adjacent school and parking lot. But starting July 1, Caron said, “all four properties are back on the tax rolls for the next tax year.’’