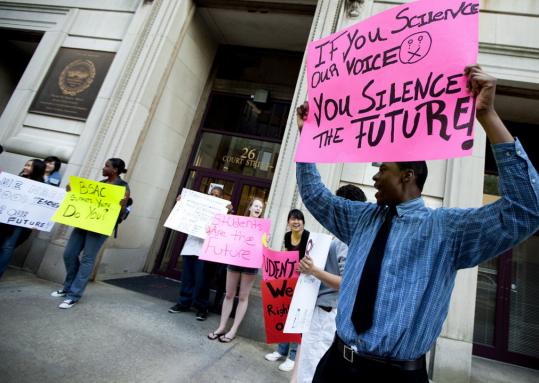 A measure that calls for students to provide “constructive feedback’’ to their teachers was approved by the Boston School Committee last night, after students had spent two years working for its passage.

The committee unanimously backed the Boston Student Advisory Council’s proposed feedback survey, which looks at how a teacher approaches instruction and learning.

While some schools already do this, the students on the advisory council had hoped to expand it to the entire city.

“Students are the ones that need the best teaching — it’s their life, it’s their opportunity to be taught at the best level, and they know what kind of teaching works best because they are in the classroom all day every day, five days a week,’’ Adam Fischer, president of Boston Student Advisory Council and a senior at Boston Latin Academy, said after the vote.

The students had initially pushed for teacher evaluations that would be kept on file, and would carry weight in the overall evaluation of the teacher by administrators, but union officials balked at that idea.

Instead, the measure puts in place a survey that students will fill out anonymously and submit directly to their teachers. The feedback would then be compiled and passed on to administrators with the names of the teachers excluded.

“The information is not going to be held by the district,’’ School Department spokesman Matthew Wilder said. “It’s not going to have any impact on a teacher’s evaluation — it’s merely for the teacher’s own knowledge.’’

Richard Stutman, president of the Boston Teachers Union, said, “We feel this is a reasonable path to follow — to both provide constructive feedback and to give students a chance to give commentary to the teacher. It seems like a good initiative on their part.’’

The student group is also lobbying for several other districtwide changes, targeting, among other things, the schools’ homework policy. They are requesting teachers spend an hour of professional development time on improving their homework assignments, and that they take at least five minutes of each class to review upcoming homework.

The student “constructive feedback’’ survey is the first of the wish-list of student initiatives to successfully appear before the School Committee, and Wilder said it would go into effect this spring.

Fischer said he hopes that the process eventually will take place online, and that it will be a helpful tool for the school district’s teachers.