Standing up for Phoebe 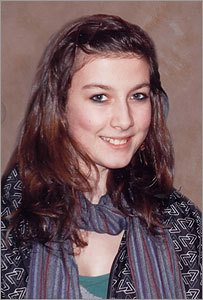 So, finally, an adult in authority in South Hadley stepped up for Phoebe Prince.

Her name is Betsy Scheibel. She is the district attorney in that part of Western Massachusetts, and she also happens to live in South Hadley. She grew up there, went to college at Mount Holyoke, just off the town green, and has restored some faith in the idea that somebody in a position of power there gets it.

In the days and weeks after Jan. 14, when 15-year-old Phoebe Prince hanged herself in a closet in her family’s apartment on Newton Street, the students who bullied her her death continued to walk the halls of South Hadley High as if nothing had happened. And the people who ran the schools seemed fine with that.

When this was pointed out, there were some people in South Hadley who got awfully defensive. “Blaming the victim’’ is a polite way to describe what they were saying about Phoebe. Character assassination is another.

Ostensibly, yesterday was the day that Betsy Scheibel announced charges against nine teens who, to varying degrees, made Phoebe Prince feel like life wasn’t worth living.

But what Scheibel had to say was as much an indictment of a look-the-other-way, kids-will-be-kids culture that permeated South Hadley High. Whatever we expect students to do in these situations, there were adults at the high school who didn’t intervene when they could have, adults who didn’t protect Phoebe after Anne Prince told them her daughter was being tormented.

That inaction, Scheibel said, didn’t rise to criminal behavior. But it didn’t save Phoebe, either.

If the scope of charges announced yesterday was a surprise, the names weren’t.

There was Sean Mulveyhill, the football star with whom Phoebe had a brief fling who then turned on her, enabling a host of Mean Girls to torment her. There were the meanest of them — Kayla Narey, 17, and Ashley Longe, 16, who didn’t appreciate it when an underclassman blow-in from Ireland like Phoebe hooked up with Sean.

Then there was another clique, the other Mean Girls, Flannery Mullins, 16, and Sharon Chanon Velazquez, 16, and their friend, Austin Renaud, 18. Austin had a fling with Phoebe, too, and Mullins and Velazquez used that knowledge as a stick to beat Phoebe.

The Mean Girls called Phoebe an Irish slut. They followed her. She had no quarter. They made it torture for her to come to school every day because the insults and the intimidation were, as Scheibel put it, relentless. The civil rights charge facing most of the teens is legalese for saying they tried to deny Phoebe the right to go to school.

When I called the office of Gus Sayer, the superintendent of schools in South Hadley, to ask what he thought of all this, I was told he was out of town, which might be the understatement of the year. High school principal Dan Smith didn’t want to talk.

Given what the victim’s suicide has done to South Hadley, there was some poetic justice in the pursuit of justice for Phoebe, which was spearheaded by South Hadley people like Scheibel, State Trooper Geri Bresnahan, and South Hadley police detective Mark Dominick. Bresnahan and Dominick, who along with Trooper Jamie Magarian did the bulk of the investigation, grew up on the same streets that Phoebe spent her last five months walking.

Betsy Scheibel, meanwhile, has been DA long enough to know she will be second-guessed.

“There will be people who believe that no charges should have been brought in this case,’’ she said, “and others who will believe these charges do not go far enough.’’

But she went where the law and her heart and her head told her to go. And when she steps down as DA at the end of this year, Betsy Scheibel is not going anywhere but home.