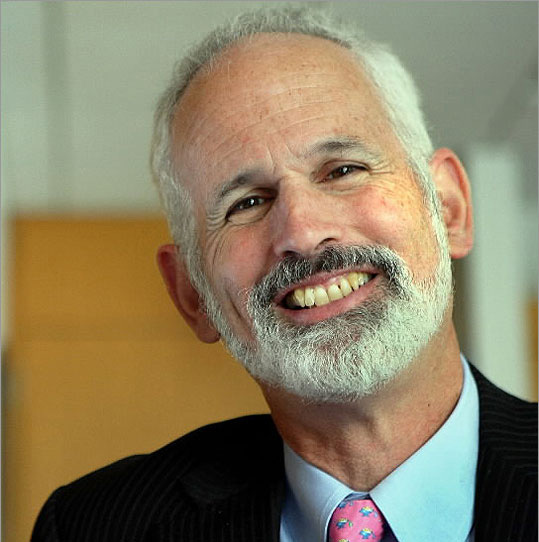 Last year, when the staff at Beth Israel Deaconess Medical Center agreed to give up raises and benefits so the hospital would not have to lay off its lowest-paid workers, the story went viral.

In the face of unremitting bad economic news and rising unemployment, the idea that highly educated professionals at a big city hospital would take a hit for janitors and housekeepers and people who push patients around in wheelchairs was wildly counterintuitive. It was a refreshing tonic, a scene right out of a Frank Capra movie.

Turns out the selflessness and generosity of the people at BIDMC was more than life-affirming: It was successful.

Paul Levy, the medical center’s president and chief executive, was looking at the prospect of laying off 600 of the hospital’s 6,400 staff when he had the revolutionary idea of appealing to the best instincts of his employees. In the end, only about 70 people received pink slips, and most of them would have been let go any way, for various reasons, he said. None of those laid off were on the lowest salary rung.

And now this news: The foregone raises will be restored in April.

“I asked our staff, if we start doing better, what do you want back first?’’ Levy said. “We did a poll, and they wanted salaries restored.’’

Beyond good intentions, the transparency of the process has made it work.

“This could have been a disaster,’’ Levy said. “It could have engendered resentment or a feeling that people were taken advantage of or people saying, ‘I can’t get a raise; I’m going to another hospital.’ But the feeling is, ‘Hey, we all did a good thing.’ We’ve shown that not only can we take good care of patients; we can take good care of one another.’’

After the story appeared in the Globe last March, Levy started getting calls from the networks. NBC, ABC, PBS. Levy told Carl Sloane, a hospital trustee, and Dr. Lachlan Forrow, an ethicist, he did not want to do the networks. He was wary of all the personal attention.

“This isn’t about you,’’ Sloane told Levy. “It’s about the message. It’s a message the country needs to hear right now.’’

“All you did was reflect back on the staff their own underlying set of values and gave them permission to act on those values,’’ Forrow told Levy. “You don’t deserve the credit. They do.’’

So Levy smiled and talked to the networks.

The decision to save the lowest-paid workers was made after a series of town meetings Levy held with staff at the hospital. The first session led to a spontaneous explosion of applause when Levy first floated the idea. Levy ended up getting 3,600 suggestions from employees on how to share the budget cuts.

Lois Hartsough, a registered nurse and project manager in the hospital’s Department of Medicine, realized that after the warm feelings of the town meetings wore off, she would be sacrificing a lot with no guarantee it would save anybody’s job.

She wrote Levy, explaining her reservations. “I want to support the lower wage earners. But I found myself resisting when it means personal sacrifice,’’ she wrote. “I was surprised at how much my fear was blunting my usually generous heart.’’

Hartsough eventually listened to that heart and endorsed the plan. And even before she got the e-mail the other day, notifying employees that raises will be restored, Hartsough knew she and her co-workers made the right decision.

“I had never worked in a place where these things were discussed so openly,’’ she said. “For me, the most rewarding part has been the sense of everyone pulling together, of having our values tested and seeing how we reacted as a community, so that we can live out those values of generosity and compassion.’’

When she walks the long polished corridors, she looks at her co-workers differently. She’s proud of them and to be one of them. “We’re walking our talk,’’ Hartsough said.