Use of recovered memories upheld 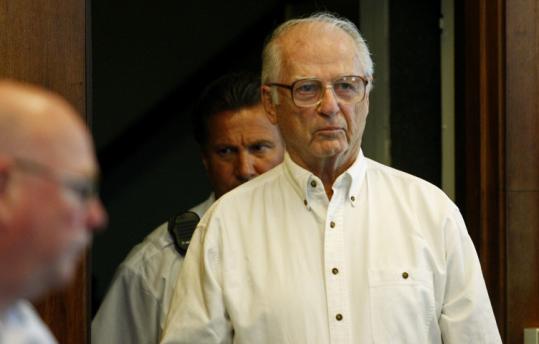 The state’s high court yesterday upheld the sexual assault convictions of former Roman Catholic priest Paul M. Shanley, who claimed he was wrongly accused by a man who fabricated memories of being abused as a child.

Shanley was a key figure in the clergy abuse scandal that rocked the Boston Archdiocese beginning in 2002, and his appeal drew national attention by experts who view “recovered memories’’ as a valid psychiatric condition and those who see it as “junk science.’’

In a unanimous ruling, the Supreme Judicial Court said a Superior Court judge made the right decision when he allowed repressed memory evidence to be used against Shanley during his 2005 trial.

“In sum, the judge’s finding that the lack of scientific testing did not make unreliable the theory that an individual may experience dissociative amnesia was supported in the record, not only by expert testimony but by a wide collection of clinical observations and a survey of academic literature,’’ Justice Robert Cordy wrote for the SJC.

Shanley, now in his late 70s, was originally prosecuted by Martha Coakley, who is now attorney general and a Democratic candidate for US Senate. Her successor, Middlesex District Attorney Gerard T. Leone Jr., whose prosecutors defended the conviction before the SJC, applauded the ruling.

But Shanley’s appellate attorney, Robert F. Shaw Jr. of Cambridge, said the SJC had made a grievous mistake. Shaw, who argued in court papers that recovered memory was “junk science,’’ said Shanley deserved a new trial.

“We believe that it’s the wrong decision and that a great injustice was done in this case,’’ said Shaw, who added he respects the SJC but disagrees with its thinking. Shanley’s conviction “rested on a foundation that is invalid.’’

With a key issue being the scientific acceptance of recovered memories, the SJC received friend of the court briefs from supporters and critics, including R. Christopher Barden, a Minnesota-based psychologist and attorney.

In a statement, Barden ridiculed the SJC for not tossing out Shanley’s convictions, saying the court “has now broadly damaged the credibility of the Massachusetts legal system.’’

He added: “future reviewers will cringe at this science-illiterate opinion. In its reliance upon debunked, irrational, junk science, the Shanley case revisits the infamous Salem witch trials.’’

But Wendy Murphy, who wrote a brief on behalf of victims’ rights, applauded the court. She said the ruling means “that the inability of a child to remember will never be used as a reason to deny a victim access to justice.’’

Shanley’s convictions on two counts of rape and two counts of indecent assault and battery were obtained by Middlesex prosecutors in 2005. The victim first made his accusations against Shanley in 2002, some 20 years after the abuse took place at St. Jean’s Church in Newton when the boy was between the ages of 6 and 11.

The victim collected a $500,000 settlement from the archdiocese, according to the court.

Shanley was known in the 1960s and 1970s as a “street priest’’ who reached out to troubled youth, roamed Boston’s streets in blue jeans, and was an outspoken backer of gay rights.

He was sentenced to 12 to 15 years in prison. According to the state Department of Correction website, Shanley is being held at the Old Colony Correctional Center in Bridgewater, a medium security prison.

In a statement, the national president of Survivors Network of those Abused by Priests, or SNAP, thanked the court for keeping Shanley in prison.

“We hope this news will bring some comfort to the dozens he has victimized, many of whom are no doubt still struggling with the devastating, lifelong effects of sexual abuse,’’ Barbara Blaine said in the statement. “Let’s hope this ruling will encourage others who were hurt by sex offenders to come forward, get help, expose predators, protect others and start healing.’’

During the trial, prosecutors had argued that the victim should be believed because the emotional trauma he suffered created a “dissociative amnesia,’’ which is recognized by the mental health profession as a legitimate psychiatric disorder.

“Essentially, the defendant alleges that had counsel done better work . . . the outcome would have been different,’’ Cordy wrote. “In support of his motion for a new trial, the defendant submitted three affidavits from experts, and more than fifty scholarly articles, surveys, and studies, some of which were peer reviewed, questioning the existence of repressed memory.’’ But the court concluded that Mondano “pursued a dynamic, multifaceted trial strategy’’ where he attacked the credibility of the victim before the jury.

The court also said that it may decide in the future to throw out a conviction where the only evidence is based on recovered memories.

“We do not consider whether there could be circumstances where testimony based on the repressed or recovered memory of a victim, standing alone, would not be sufficient as a matter of law to support a conviction,’’ Cordy wrote in a footnote.

John Ellement can be reached at ellement@globe.com.