Officer to be tried in fatal shooting 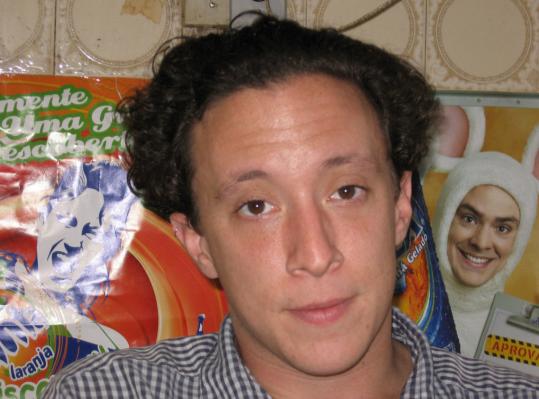 Joseph Martin was euphoric. It was his 30th birthday and he had just become a partner in a bar in Rio de Janeiro, the city he loved and his home of about two years.

The Worcester native spent most of the day celebrating at the hostel where he worked as a bartender, drinking beer with friends. But that May night in 2007, euphoria turned to tragedy when Martin began arguing with an off-duty police officer in the street. As horrified witnesses looked on, the officer fired three shots, hitting Martin in the stomach. He died hours later in a city hospital.

In March, the officer will stand trial to determine whether the shooting was justified, according to the prosecutor in the case. For Martin’s family and friends in Worcester, it will cap a long, frus trating struggle, exacerbated by a lack of information and the family’s fear that the officer could go free.

Martin’s mother, Frances, a 64-year-old part-time therapist, hopes the focus on her son’s case, and the country’s desire to burnish its image on the world stage in preparation for the 2016 Olympics, will drive officials to make significant changes to the police force. Her family has reached out to political leaders from Massachusetts, including US Senator John F. Kerry, whose aides plan to meet with Martin’s aunt, Liz, to discuss the case and human rights in general in Brazil.

“This is crazy that you have to be so frightened of the police,’’ Frances Martin said. “I think we’re in a unique position to help the people of Brazil, who have to be so frightened.’’ Since 2003, police in Rio de Janeiro and Sao Paulo have killed more than 11,000 people, according to a Human Rights Watch report released earlier this month that capped a two-year investigation. In 2007 alone, police in Rio de Janeiro killed 1,330 people. Both cities are plagued by violent drug-trafficking gangs who shoot at police with impunity. In October, just two weeks after Brazil was declared the 2016 host of the Olympics, drug traffickers gunned down a police helicopter in Rio de Janeiro, killing three officers.

But according to the Human Rights Watch report, police have contributed to the violence in the two states by abusing their authority and engaging in “extrajudicial’’ killings. Often after a fatal shooting, police will compromise evidence that could incriminate them in the killing by removing the body from the scene and taking it to the hospital, claiming they were trying to rescue the victim, the report said.

Many cases are not prosecuted because police killings are normally investigated by police, according to the report.

An official with the Brazilian Embassy said the government began working to enact changes long before the report was released.

“Internally, we have been working on this issue with the United Nations,’’ said the official, who spoke only on the condition that his name be withheld. “This whole issue of extrajudicial killing is a priority issue in Brazil.’’

US Representative James P. McGovern, whose district includes Worcester and who keeps in touch with the Martin family, said he wants to bring Brazilian government officials before the House Human Rights Commission, which he cochairs, to discuss extrajudicial killings.

“We want to see whether the Brazilian government and the judiciary is committed to justice,’’ McGovern said. He praised Martin’s family for pushing the case with relentless e-mails and calls to embassy officials, the US Consulate in Brazil, and politicians.

“Without that persistence, this case would probably be like the hundreds of other cases where Brazilian police have done terrible things like murder and gotten away with it,’’ McGovern said.

But the embassy official said officers accused of murder often are brought to justice.

“The general rule is for murders to be tried by a jury in Brazil, including extrajudicial killings like this one,’’ the official said, countering Human Rights Watch’s contention that police are rarely held accountable for such killings.

Martin was at the hostel when he saw the officer, João Vicente Sá Freire Dantas de Oliveira, talking to a young boy nearby. The boy had just stolen someone’s purse, according to witnesses.

Martin, who most witnesses agree was drunk, approached the two, and for unknown reasons began a heated argument with de Oliveira, who was 24 at the time.

Depositions in the case give differing accounts of what happened next. Several witnesses and de Oliveira said Martin kicked the officer and tried to take his gun. But in his deposition, de Oliveira said Martin was 5 meters away when he fired the fatal shot, undercutting the officer’s contention that he was acting in self-defense. De Oliveira could not be reached for comment. Department spokesmen said they could not discuss the case because their computer system was down, and they were unable to retrieve information about de Oliveira.

Martin’s friend, João Simões, was at the hostel that night and said he saw Martin and the officer standing at least 6 feet apart, screaming at each other. As the officer raised his gun, Simões said, one man in the crowd said: “Don’t shoot. He is a gringo.’’

After the shooting, the officer said in his deposition, he called the ambulance, stayed until other police officers arrived, and gave up his gun and badge on the spot. He was arrested at the scene. Martin died in the hospital after hours in surgery, said Simões, who went with him to the hospital.

The case was almost dropped until Simões and another witness, a friend of Martin’s, came forward, said Viviane Tavares Henriques, the prosecutor in the case.

The two witnesses were not interviewed by police but came forward after officials at the US Consulate urged them to tell the judge and prosecutor what they saw.

“They gave a very different version of events from what [de Oliveira] said,’’ Henriques said.

Simões said he was nervous about testifying but desperate for justice for Martin.

“I wanted to do anything I could to help Joe,’’ he said. “Maybe he was sassy with the police. Maybe he provoked the officer, but he wasn’t armed. He didn’t have a gun. He wasn’t a threat. You can’t just shoot people.’’

Henriques said de Oliveira faces a jury trial. If a majority of the jurors finds him guilty, she said, he could receive six to 20 years in jail.

Martin’s mother said she does not want revenge, but is ready to fight so other parents do not suffer like she is.

“I certainly have no future left. I have friends, but I’ll never have grandchildren,’’ Frances Martin said. “I’ve lost the person who loved me more than anything else on earth. I’m not angry, just sad.’’

Globe correspondent Eduardo A. de Oliveira contributed to this story. Maria Cramer can be reached at mcramer@globe.com.