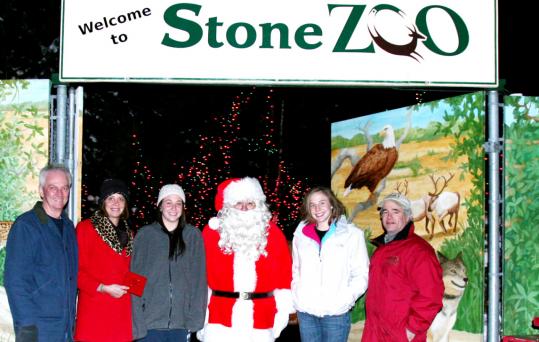 Despite the tough economic conditions, the 2009 Globe Santa Fund drive raised $1.1 million, which was less than the 2008 total of $1.3 million, but it was more than Globe Santa thought could be raised in these difficult times.

The final statistics concerning the actual number of donations are still being tabulated and they will be reported in the Globe next Sunday. As of yesterday, however, 7,724 donations totaling more than $1 million had been acknowledged in the Globe Santa Friends listings published daily over the past four weeks.

But the donations were still coming in, including $1,800, which was raised on Dec. 13 at the 16th annual Walter Burgess Scholarship Fund/Parkway Running Club “Walters Run’’ event in West Roxbury in which scores of children and adults participated in various races and bicycle events.

The most successful Santa drive carried out over the last 54 years was in the year 2000 when the contributions totaled $1.4 million.

Every year, however, it is impossible to determine how many people contribute to the fund because so many contributions are from groups of people, whether they be, for example, from employees of a company, a class of school children, families or just from one person. There are also hundreds of contributions made in memory of a loved one.

One thing, however, that has always pleased Globe Santa is the number of people who, for so many years, have annually made donations to the Fund. Some of those even go back to the first year the Globe launched the Fund in the mid-50s. Before that, The Boston Post sponsored a similar program but it was taken over by the Globe when the Post ceased publication.

Again this year the Globe Santa Sleigh made visits several days each week to locations in Boston and surrounding communities. Most of these visits were to shopping centers, and Santa was often accompanied by media, sports, entertainment and political personalities. They took pleasure in helping make the campaign the kind of success that each year benefits thousands of children from infants to 12-year-olds. The total number of children in 180 cities and towns in Eastern Massachusetts who received gifts this year from Globe Santa was 55,815.

It was from a man who each year donates a large pickle-jar full of coins. This year it arrived on a cold day. The jar was ice cold, but the contributions 9 warmed Santa’s heart.

There were also two special locations where people could make contributions to The Santa Fund.

One was the Improv Asylum’s North End theater on Hanover Street. The Improv presented its fifth annual 24-hour performance during which a total of $28,000 was raised for Globe Santa.

The second was at Miele New England Gallery in Wellesley where families could have pictures taken with Santa as well as purchase hand-decorated ornaments and cookies. They also could participate in a raffle for a top-of-the-line Miele vacuum cleaner. All these happenings at the Gallery raised $3,627 for the Santa Fund.