A legacy felt on, off the ice 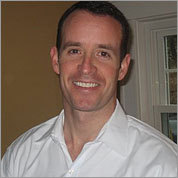 The Newton Mite A’s have the same orange and black team colors as the Philadelphia Flyers. So they were walking down Lansdowne Street yesterday, on their way to the hockey game at Fenway Park, and they were getting catcalls.

Good thing no one in a Bruins jersey stopped to ask 8-year-old Tommy McCarthy, one of the Newton Mites, his nickname.

Like Dave “The Hammer’’ Schultz, the old Flyers goon?

Tommy McCarthy and his big brother Liam sat with their teammates in a right field box, between the Pesky Pole and the visitor’s bullpen. The sight lines weren’t very good. This is, after all, a ballpark, not a hockey arena.

But the McCarthy brothers and the rest of the Mites weren’t complaining. They don’t complain about much. They are little kids with big perspective.

A few months ago, their coach, Bill McCarthy, died of cancer. He was 37, dad to Liam and Tommy, and taught them and the other Newton Mites that playing hockey was like playing life: not everything goes your way, but if you stick together, you’ll achieve more than you ever could as an individual.

Bill McCarthy looked more like a professional athlete than the broker he was. Two years ago, he and his wife, Heather, were getting ready to go to a Tim McGraw concert. Bill collapsed. They rushed to the hospital, where they found a tumor in his brain.

For two years, McCarthy fought that tumor with the tenacity he expected of his players.

“The really inspiring thing through all of this is that he never once complained,’’ said Bob Daley, who was assistant coach under McCarthy and took over as head coach this season. “He was positive, upbeat, and he was able to inspire the kids to play at another level.’’

Last year, the Newton Mite A’s reeled off 19 wins in a row. But before this season, they had to absorb what for many of them was their first brush with an adult thing called death, the death of their coach.

“The father of one of the players came up to me and said he never knew Bill was sick,’’ Daley said. “Hardly anyone knew. Bill didn’t want to burden anyone.’’

The kids decided to dedicate this season to Bill McCarthy. And they entered an essay contest in which local youth hockey teams explained why they should be able to attend yesterday’s Winter Classic and get a chance to skate on the Fenway Park rink. The Newton Mites story, about what they learned from Coach McCarthy, what teamwork means, what never giving up means, resonated like no other.

A couple of weeks ago, the team got to skate at Fenway. At one point, Daley watched as Cam Neely, the Bruins great, shook hands with Tommy and Liam McCarthy. Neely lost his parents to cancer and has raised millions for research.

But, in that moment, at center ice, neither Neely nor the McCarthy boys knew each other’s story.

“They just hit it off,’’ Daley said. “They connected at a level you and I couldn’t.’’

As assistant coach, Daley was fire to McCarthy’s ice. Whenever Daley would start yelling at a ref for a missed call, he felt McCarthy’s hand on his shoulder, dialing him down. These days, Daley still feels the hand on his shoulder every time he feels his temper rise. “He made me a better person,’’ Daley said. “He made everybody he met a better person.’’

Daley looked at the 15 kids from Newton in the Flyers colors and smiled.