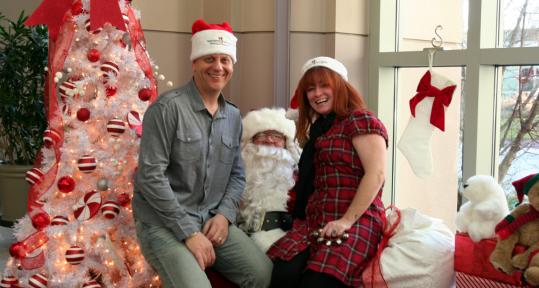 As congressional leaders try to carve out an agreement to reform the nation’s health care system, Globe Santa could testify to the fact that steep medical bills have eroded the finances of countless Massachusetts families.

A child’s chronic illness or serious injury can decimate a family budget, and as Christmas draws near parents in these circumstances face the prospect of a holiday without presents for the children.

“My son is always a very, very, good boy, not just at Christmastime,’’ wrote one such single mother in a letter to Globe Santa seeking his help in providing gifts for her boy. “But he has had a real tough year as he was hit by a car in mid-August and has run into a lot of complications.’’

The single mother and her 11-year-old son live in a suburb west of Boston, but her only child has not been home since the accident. After spending the last three months in a Boston hospital, his mother said, her son was due to be transferred to a rehabilitation unit closer to home.

“He is hoping to get better enough to be home for Christmas, but only time will tell,’’ she wrote.

The child’s legs were both badly broken and he faces a long road toward rehabilitation, but doctors have told her that in a few years he should fully recover.

“All he wants is to be able to ride his bike again as he has been bedridden for so long,’’ she continued. “I am hoping to give my son an extra-special Christmas this year for being so brave.’’

Like many parents who write to Globe Santa, the boy’s mother has struggled to make ends meet, yet her foremost wish is for her son’s health.

“And Santa if you could say a little prayer for my son to keep recovering, that would be the greatest gift we could receive,’’ her letter concluded.

This 11-year-old will be among about 60,000 who will open toys, books, candy and other presents from Globe Santa this Christmas.

Across Eastern Massachusetts, at least 30,000 families that might otherwise go without gifts will celebrate a merrier Christmas thanks to a visit from Globe Santa, which has been made possible by the generous support over the years of “Globe Santa’s Friends.’’

The Boston Globe pays all the administrative costs associated with Globe Santa, so every dollar contributed to the drive is used to buy and deliver toys, books, and other gifts.

Globe Santa needs all the support he can rally this season, so please consider giving to the campaign and becoming one of Santa’s Friends. For more information or to make a donation, visit www.globesanta.org.

The 16th annual “Walter’s Run’’ is scheduled for this morning in West Roxbury, with the “Little Kids’’ 1K race starting at 10:40 and the adults 5K races going off at 11 o’clock.

The races start at the West Roxbury/Roslindale YMCA at 15 Bellevue St. in West Roxbury. The event is sponsored by the Parkway Running Club of West Roxbury.

“Walter’s Run’’ is named in memory of Walter Burgess, “a special friend and member of the Running Club’’ who died in 2003 at the age of 40 shortly after participating in the Great Florida Ironman Triathlon.

Burgess’s father was a longtime employee at Gillette in South Boston. He and his co-workers would put their change coins in a jar for several weeks and then donate the cash to the Santa Fund.

The Burgess Scholarship Fund is set up to provide money for young runners who are in financial need so they can attend a summer running camp in Massachusetts.

The program includes men’s and women’s races. There is also a special age category for runners between 70 and 98 years of age and a wheelchair division.

At the conclusion of the races, refreshments are offered not only to the runners and wheelchair participants but also to people who walk the 5K route.