Dr. Astrid Desrosiers, a Massachusetts General Hospital psychiatrist who worked at the center, was stabbed by patient Jay Carciero, 37, of Reading. Langone, who was off duty at the time, entered the office where the doctor was stabbed, ordered Carciero to drop the knife, and when he did not, shot Carciero three times, according to a law enforcement source. (Pictured) people gathered outside the clinic building as officers responded to the incident. 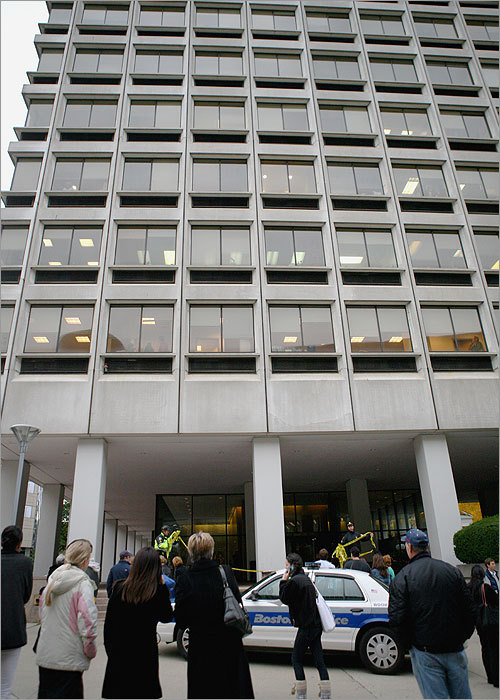