THIS STORY HAS BEEN FORMATTED FOR EASY PRINTING
The Observer

The dangers of dabbling in a good cause

John Brown’s raid was bankrolled by Boston’s first limousine liberals; all but one ran for cover 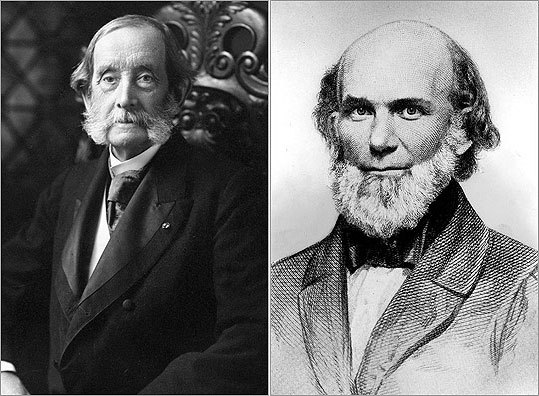 Gentle readers, I’ll bet you’ve never heard of the Secret Six. Neither had I until a few years ago.

The Secret Six, as they came to be known, were Boston’s first limousine liberals. Most came from distinguished Boston stock and were all strong abolitionists in the period leading up to the Civil War. They gave money to the militant abolitionist John Brown, who would be considered a terrorist today, knowing he would use the donations in violent ways. When Brown failed, all but one ran like cowards away from their association with him.

On the evening of Oct. 16, 1859, Brown staged his suicidal attack on the federal armory in Harpers Ferry, W.Va. His goal was to trigger a slave uprising in the area that would spread through the South and destroy slavery.

Nothing frightened Southerners more than the specter of a slave uprising. This is why the name Santo Domingo was on the lips of the Six, shorthand for the successful slave revolt led by Toussaint L’Ouverture in what is now Haiti on the island of Santo Domingo to forge a new country.

The raid was a fiasco. Brown’s small band was quickly overwhelmed by a detachment of Marines under command of Lieutenant Colonel Robert E Lee, and he was hanged on Dec. 2 of that year. (Brown’s Southern captors grew to admire him for his willingness to die for what he believed in.)

This fall marks the 150th anniversary of the Harpers Ferry raid and Brown’s subsequent hanging. A series of public programs on the man and the Secret Six is being presented through a collaborative effort of the American Antiquarian Society in Worcester, the Massachusetts Historical Society in Boston, the Thoreau Society in Concord, and Worcester State College.

The Six addressed Brown’s most pressing need, money. Born in Connecticut before eventually moving to Kansas, he knew that Boston was the epicenter of the radical abolitionists. He came here trolling for funds three times, in 1857, 1858, and 1859, the last time mere months before he moved on Harpers Ferry. All told, the Six gave him more than $5,000, which sounds minuscule today, but could pay for a lot of Sharps rifles and pikes that Brown bought for the raid.

The Six admired him for his manliness. Their regard for Brown implicitly exposed their own deficiencies. They were effete. They wanted someone else to do the dirty work, so they swooned over him. This speaks to their limousine liberalism. Boston reeked of effeteness during its entire 19th-century run of intellectual superiority.

Exhibit A is the trip Howe and Sanborn made in 1856 to see what was going on in Bleeding Kansas, where slavery advocates and Free Soilers were killing each other. (Brown slaughtered five proslavery men there.) The pair never set foot in Kansas. They reconnoitered from the safety of neighboring Iowa.

There was a strong connection between the transcendentalists and the Six. (Transcendentalism, which embraced pacifism, sprang from discontent with organized religion and called for reform of the individual and society.) Parker and Higginson, both radical Unitarian ministers, were members of both camps.

But the culture of pacifism in Boston in the 1840s soured in the 1850s, as tensions grew between North and South. History has generally tagged Brown as a monomaniacal lunatic, yet transcendentalists like Henry David Thoreau and Ralph Waldo Emerson, of all people, were big fans, at the expense of their pacifist roots.

Consider, too, the letter written by Parker in late 1859 from Rome to a Boston friend after Brown had been executed: “It may be a Natural Duty for the free man to help the slaves . . . in killing all such as oppose their natural freedom.’’

So what did the Six know and when did they know it?

“There is no doubt that they knew the money was going to be used for violence, “says David Reynolds, author of “John Brown, Abolitionist: The Man Who Killed Slavery, Sparked the Civil War, and Seeded Civil Rights.’’

Adds John Stauffer, author of “The Black Hearts of Men: Radical Abolitionists and the Transformation of Race’’: “They knew John Brown was planning raids into the South.’’

“No one after 1858 could logically not know that, if not Harpers Ferry, it would be somewhere,’’ says Peter Drummey, librarian of the Massachusetts Historical Society.

It was after Brown’s failure at Harpers Ferry that all but one of the Secret Six disgraced themselves. They ran for cover, burning letters from Brown and doing everything they could to distance themselves from the man. Three ended up in Canada for a while, one entered an insane asylum for a period. Parker was dying when the raid happened and expired in Florence. Only Higginson stayed in Boston and publicly expressed his continued admiration for Brown.

There is a principled defense of Brown. It holds that he brought closer a civil war between North and South that had to happen by further hardening the fire eaters on both sides and that civil war, in turn, led circuitously to the modern civil rights movement. That’s a debatable theory, but at least it stays clear of the crucifixion.

As for the Secret Six, they were like people playing with matches in a room full of gasoline who leave when the fire starts.

Sam Allis is a Globe columnist. He can be reached at allis@globe.com.

Correction: Because of a reporting error, The Observer column in Sunday's Globe incorrectly quoted Peter Drummey, librarian of the Massachusetts Historical Society. Drummey said, "No one after 1858 could logically not know that, if not Harpers Ferry, it would be somewhere."