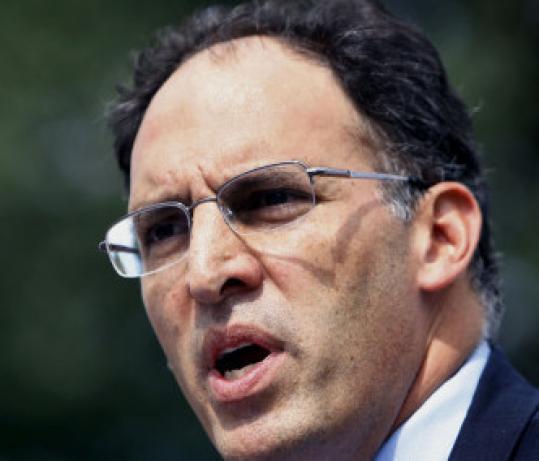 City Year cofounder Alan Khazei, a newcomer to Massachusetts politics trying to build a political infrastructure from scratch, has already raised $1.1 million in his bid for the Democratic Senate nomination, demonstrating just a week into his campaign that he may be a formidable fund-raiser in the abbreviated race.

The quick windfall indicates that the lesser-known Khazei may have ample resources to compete with more established competitors such as Attorney General Martha Coakley, who said yesterday that she had raised more than $2.1 million in the first month of her campaign.

“I was gratified last week with the nice things people said . . . but the undertone was: ‘You can’t win. You can’t raise the money, you don’t have the name recognition,’ ’’ Khazei said in an interview. “What this will show is, wait a minute, maybe the conventional wisdom isn’t right.’’

While money alone will not decide the race for Edward M. Kennedy’s Senate seat, fund-raising is an early indication of the candidates’ strength. Because the special election will be a sprint - the primary is Dec. 8, and the general election is Jan. 19 - money will be a major factor in how the race is won, as each candidate attempts to blanket the airwaves with ads and to build statewide political organizations to identify, recruit, and mobilize voters.

Coakley and Khazei, the two fund-raising leaders so far, are the only two candidates in the Democratic contest who have yet to buy a television ad. Both said they plan to put up such ads soon.

Some analysts said Khazei’s early fund-raising strength, while impressive, must be sustained for him to compete.

“The first $1 million he’s raised is probably the easy million,’’ said Jeffrey M. Berry, a political science professor at Tufts University and a close observer of state politics. “. . . It’s a great start, but I’m skeptical that he’ll be able to keep it up. It’s going to take more than $1 million . . . to buy him the name recognition he needs to come from obscurity.’’

“Khazei now gets people’s attention,’’ said Mary Anne Marsh, a Democratic strategist. “It’s still a steep hill for him to climb, but now he will get a second look from some people.’’

US Representative Michael E. Capuano of Somerville, who had $1.2 million in his federal campaign account as of July, raised more than $300,000 over the past two weeks and currently has $1.1 million in his account, according to his campaign. His initial showing was much lower than political observers expected from the only member of Congress in the race, though he has turned to two top fund-raisers to help fatten his account.

“Our hats go off to our competitors who were able to raise that much money,’’ said Bruce A. Percelay, treasurer for the Capuano campaign. He added that Coakley’s campaign had “a significant jump on us’’ because she declared earlier, while Capuano “made a conscious decision not to begin any fund-raising until Joe Kennedy made his decision.’’

“If it temporarily puts us a little behind the starting line, then it was a small price to pay for doing the right thing,’’ Percelay said, adding that the campaign has a 125-member finance team and 30 events scheduled over the next two months.

Celtics co-owner Stephen Pagliuca, another Democratic challenger, has raised more than $200,000. His personal wealth, which is estimated at $400 million, is likely to be a major factor as he attempts to develop more name recognition.

Khazei has been raising money for about two weeks, relying on a core team of nearly 50 supporters who have committed to raise $5,000 each. He has also tapped into a network of college friends and has attended six house parties, one of which raised more than $65,000. The money came pouring in late Wednesday, the last day of the reporting period, with more than $300,000 coming on that day alone. About half of his money, Khazei said, has come from outside the state.

Khazei, who said he won’t use personal money for the campaign, also pledged yesterday not to take funds from political action committees or lobbyists and called on his opponents to do the same.

“They all start with a bigger name and a bigger bank account than I have,’’ Khazei said. “If I can do it, they should.’’

Pagliuca had previously pledged not to take money from PACs and lobbyists, but Coakley and Capuano are both taking money from those groups.

“We are accepting PAC money, but we are clearly disclosing what it is and where it is,’’ Percelay said.

Meanwhile, Coakley’s campaign reported that it has earned the support of nearly 5,000 contributors, of whom more than 3,000 gave $100 or less.

More than $1.7 million came from contributors within the Commonwealth, with more than $400,000 coming from national donors.

“I am humbled by this display of support shown by our contributors and volunteers throughout Massachusetts and across the country,’’ Coakley said yesterday in a statement.

Coakley’s impressive take, combined with her lead in early public polling, makes her clearly the front-runner in the race, according to political observers.

All the candidates have until Oct. 15 to file their September figures with the Federal Election Commission, and the reports should also say how much money they have spent to date.

“Everyone at least has a place at the table,’’ Marsh said.