For returning vets, a tragic toll on the roads 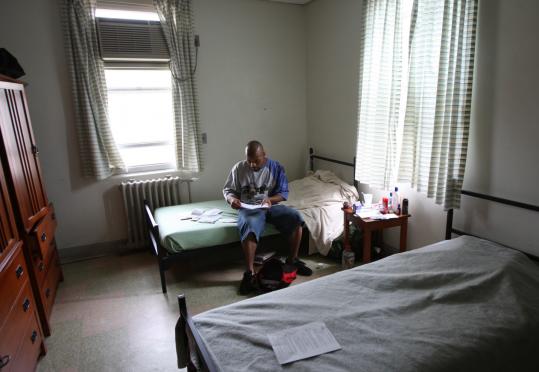 NORTHAMPTON - For Dominic Taverna, a two-tour Army scout who prowled Iraq for insurgents, the dream of peace and quiet lost some of its appeal when he returned to Revere in 2007.

“I was looking for that rush, and you just couldn’t find it,’’ said Taverna, 28, staring past his folded hands. “You’re driving 90 all the time. You’re hauling ass under overpasses. You just can’t flip a switch.’’

Former Army sergeant Carlton Duncan, 26, nodded knowingly. He would drink too much, Duncan said, before grasping the wheel of his car and driving without any memory of where he went or how he got there.

Dominick Sondrini, 28, a former Marine officer, raced his car for the pure thrill of driving 90 miles per hour, “because I knew I wasn’t going to get in trouble.’’ Police nearly always allowed Sondrini, who would flash his military ID after a traffic stop, to drive away without a ticket, he said.

Dangerous driving is often a byproduct of military bravado, the three veterans said. But among survivors of the wars in Iraq and Afghanistan, the practice is now seen as a deadly crisis, prompting the Department of Veterans Affairs to take unprecedented preventive action.

In the first years after returning from deployment, veterans of the two wars are 75 percent more likely to die in motor vehicle accidents than civilians of comparable age, race, and sex, according to a 2008 VA study. The rate for motorcycle deaths is an astounding 148 percent higher.

The tragic result is that motor vehicle crashes - which already are the top killer of Americans ages 16 to 34, according to the latest federal safety data - are killing newly returned veterans at a devastating rate. The 2008 study, which has yet to be released, analyzed fatalities through 2006.

“You have to look at the situation they’ve been in,’’ said Mel Tapper, who manages the Center for Returning Veterans, based at the VA Medical Center in Jamaica Plain. “They’ve been in an extremely tense, life-threatening situation, where there’s adrenaline that goes through people constantly.’’

Once veterans return to the safety of home and loved ones, that tension - sometimes life-saving in war, but often debilitating in peace - can continue for months or years.

In Massachusetts, car crashes have taken the lives of at least two returning veterans in the past nine months.

On July 10, an Iraq veteran from East Longmeadow was killed in Andover when the driver lost control of the car in which he was riding. Mark Ecker II, 23, who lost both legs after an explosion in Ramadi, had not been wearing a seat belt. On Oct. 21, Boston firefighter Paul Loring, another Iraq veteran, died in a one-car accident when the vehicle he was driving struck a tree in Quincy.

These motor vehicle tragedies have not been linked to reckless behavior. But the deaths are part of the overall fatality rate for men and women returning from combat zones that has alarmed government officials. As a result, the VA has launched a safe-driving initiative in which home-bound veterans are counseled about the risks of careless driving and encouraged to be screened for risky behavior.

Such screening, however, is more easily promoted than practiced. For veterans who have recently left a war zone, making a comfortable readjustment to home life can be maddeningly elusive.

“There’s no violence, no threat, no immediate danger,’’ said Kevin Lambert, a former Marine who counsels veterans at risk of suicide for the state Department of Veterans’ Services, comparing ordinary life to deployment in a war zone.

Lambert, 26, a wounded Iraq veteran, knows the challenges firsthand. The most difficult hurdle, he said, was the unfamiliar “peacefulness’’ he encountered in the United States. “It was very hard to transition to that, because I felt there was something wrong,’’ Lambert said.

Taverna, the former Army scout, said the desk job he took back home became so boring that he would pick bar room fistfights to replace the dangerous excitement of Iraq.

“I was used to that rush,’’ Taverna said. “Fighting is the closest thing to combat.’’

After too much fighting and too much drinking, Taverna sought help from Soldier On, a nonprofit organization that leases space at the VA Medical Center in Northampton to provide shelter, therapy, and medication, if needed, to the physically and emotionally scarred. Duncan, the once-chronic drunk driver, also receives treatment there, where Sondrini, the former Marine, wears a jacket and tie as a case manager.

The personality-altering effects of war service, such as post-traumatic stress disorder and traumatic brain injuries, are known to many recent veterans at Northampton. Trying to suppress those symptoms can encourage alcohol abuse, drug use, and recurrent, self-destructive behavior like speeding.

“Think about it,’’ said Michael Hagmaier, executive vice president of Soldier On. “Many of these veterans had their drivers’ licenses for maybe a year when they went in, so the only real training they’ve had is driving in the desert at 80 miles per hour.’’

Coleman Nee, undersecretary of the state veterans department, concurred that a problem exists. “It’s the bulletproof theory,’’ Nee said. “If I didn’t get killed over there, nothing’s going to happen to me here.’’

The SAVE program, where Lambert works, reaches out to veterans who often have a difficult time seeking help for PTSD and other injuries. In the two years since the program began, Lambert said, SAVE has contacted 7,000 Massachusetts veterans or relatives of service members.

Despite a historic reluctance to seek help, an increasing number of veterans and active-duty personnel appear willing to acknowledge their vulnerabilities.

Dr. Douglas Jacobs, the president of a Wellesley nonprofit that has contracted with the Defense Department for mental health and alcohol-use screening, said the effort has recorded a huge increase in anonymous self-assessments this year. Through the first six months of 2009, the number of screenings through the service, called Military Pathways, has doubled to 31,000.

If respondents score positive on tests for a variety of issues - depression, PTSD, anxiety, and alcohol abuse, for example - they are referred to the appropriate services.

Resources exist in Massachusetts to address reentry issues, said state Representative Harold Naughton Jr., a Clinton Democrat who is House chairman of the Committee on Veterans and Federal Affairs. But questions remain as to whether they are being used as efficiently and effectively as possible, said Naughton, a captain in the Army Reserve.

To that end, Naughton said, an oversight hearing will be held this fall in which outreach programs funded through the state will be asked to justify continued funding of their work.