Yarmouth resident, 21, is killed in Afghanistan 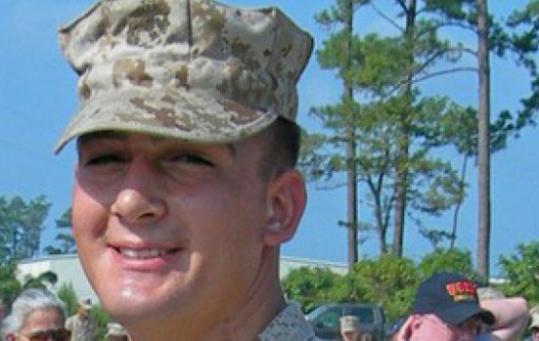 They called Nicholas G. Xiarhos “the mayor of DY’’ - a playful nod to his outgoing personality and popularity at Dennis-Yarmouth Regional High School.

“Everyone knew him. He couldn’t walk by without saying hello to someone or without giving them a hug or a handshake or a high-five,’’ Rebecca M. Barbo, one of Xiarhos’s closest friends, said yesterday. “Everyone wanted a piece of Nick. And he gave them that . . . a piece of his heart wherever he went.’’

Xiarhos, a 21-year-old Marine corporal from Yarmouth, was killed Thursday in a roadside bombing in the Garmsir District in Afghanistan, according to his family.

His father, Yarmouth police Lieutenant Steven Xiarhos, said the family is devastated. “I wish it was a mistake,’’ he said by phone yesterday.

At 6 feet tall, Nick Xiarhos was muscular and strong, but gentle at heart. After returning from service in Iraq in October, he changed battalions so he could be deployed to Afghanistan two months ago, his family said.

When she spoke to him two weeks ago, instead of complaining about the heat or the stress of combat in Afghanistan, he told her he was living his dream, the mother said.

Earlier this week, she bought Frisbees, a football, squirt guns, and other “fun stuff’’ for her son and was planning to print family pictures to send to him.

She said she was trying not to break down. “He would make us be tough,’’ she said.

He hated attention drawn to the fact he was a Marine, she said, “because he said, ‘There are thousands of Marines, and I’m not any different than they are.’ ’’

As of yesterday morning, 677 US military personnel have died and 3,303 have been wounded in action in and around Afghanistan during Operation Enduring Freedom, according to the Department of Defense website, www.defenselink.mil/news/casualty.pdf.

Xiarhos’s parents and younger siblings, a brother and twin sisters, were preparing yesterday to fly to Dover Air Force Base in Delaware, where they are scheduled to collect his body today.

They were expecting him home at Christmas. After finishing his service in Afghanistan, he had planned to go to college and become a police officer like his father, they said.

“I know he was a good Marine because he talked about [serving his country] from the day I met him,’’ Funk said. “I know he was doing something that he really believed in.’’

Today, Yarmouth police officers and friends will participate in a 30-mile bicycle ride starting in Dennis in memory of the six fallen troops, now including Xiarhos, who have connections to Cape Cod, Steven Xiarhos said.

They will also remember Marine Lance Corporal Jordan C. Haerter of Sag Harbor, N.Y., and Corporal Jonathan T. Yale of Burkeville, Va., who sacrificed their lives to save those of 50 fellow Marines and Iraqi police officers during a suicide bomb attack in Ramadi, Iraq, last year. Xiarhos was among those saved.

Yesterday, Barbo, 21, who dated Xiarhos for a year after high school, reminisced about their times together, describing his patience and willingness to offer a helping hand to all.

She remembered their senior prom and their drives around the Cape blasting classic rock music, his favorite.

She said his peers voted to present him the “Does Most For Others’’ title their senior year.

“He could not have lived up to that title any more than he did the past 21 years,’’ Barbo said.

“You saw the name ‘Does Most for Others?’ Well, obviously, Nick Xiarhos. It was a no-brainer.’’

Nandini Jayakrishna can be reached at njayakrishna@globe.com.