Ono wins fight against Mass. firm for footage of ex-Beatle 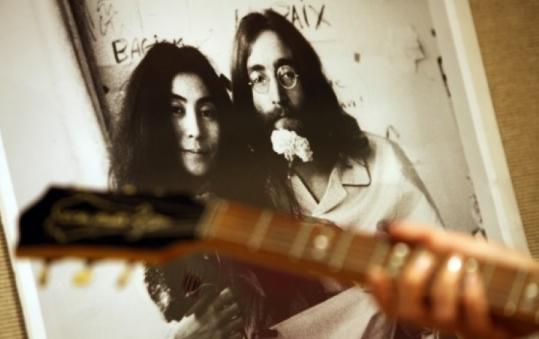 Ten hours of grainy, black and white footage depicting intimate moments of John Lennon and his family at their London estate in 1970 now legally belong to Yoko Ono, who won a yearlong copyright battle against a Massachusetts company in federal court last week.

US District Court Judge Rya W. Zobel has found the widow of the former Beatle the rightful holder of the rare documentary tapes, refusing Thursday to overturn her decision last May to dismiss a copyright infringement lawsuit against Ono filed by World Wide Video of Lawrence. The company contended it owned the tapes.

“Our client is very happy,’’ said Ono’s lawyer, Jonathan M. Albano of Boston, who declined to comment on whether the videotapes would ever be released publicly in their entirety.

Shot in cinema verité style, the footage captures Lennon at age 29 and in one of the most creative periods of his life. Lennon had recently written “Instant Karma’’ and is seen practicing the song “Remember.’’ He is also seen smoking marijuana, talking about how he kicked a heroin habit, and joking about spiking Richard Nixon’s tea with LSD, according to those who have seen the footage.

World Wide first sued Ono last year after she blocked the company from screening “3 Days in the Life,’’ a two-hour film culled from the footage, at a private school in Maine.

The company said it had bought the video in 2000 from Ono’s previous husband, Anthony Cox, who shot the film in February 1970. The company contended Ono had no right to stop the showing, according to court documents.

Ono argued, however, that she obtained the copyright when she purchased the videotapes for $300,000 in 2002 from Florida broker Anthony H. Pagola, court documents show. But World Wide said that sale was invalid, because the only way the tapes became available was that a former employee had allegedly stolen the videotapes. The company sued the former employee in Middlesex County and settled the case out of court in 2001.

Zobel dismissed World Wide’s lawsuit against Ono, ruling that she had not infringed upon a copyright by blocking the movie screening.

Ono subsequently filed a counterclaim for a declaratory judgment that she owned exclusive rights to the footage. Last week, Zobel ruled in Ono’s favor because World Wide did not take action to reclaim its rights over the tapes until it sued Ono in 2008, seven years after the company says the tapes were stolen.

According to Zobel, the company had plenty of warnings that its ownership rights were at stake.

The company has estimated the Lennon footage is worth $10 million as a collectible and up to $150 million if Ono consented to use it for commercial purposes.

Laura J. Ulloa can be reached at lulloa@globe.com.