Tested for the road 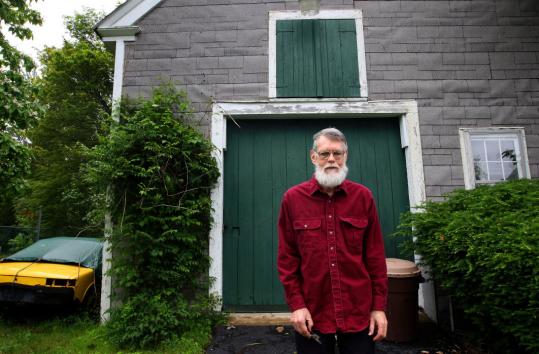 Edward Givler is a retired race car hobbyist who once held a lap record on New England’s largest speedway, but when he ambled slowly into the waiting room of a Boston hospital recently, his ambitions as a motorist were far more humble.

He wanted to find out if he should continue to drive. Givler, now 71, was diagnosed with Parkinson’s disease in 2004. On the advice of his doctor, he has since taken part in the kind of annual, clinical evaluation that many Massachusetts lawmakers believe should be required of older motorists who want to renew their licenses.

There is no easy way to test an elderly motorist. No single marker - the tremors of Parkinson’s, the memory loss of Alzheimer’s, or the fact that someone turned 85 - makes for an impaired driver. And while legislators on Beacon Hill have responded to several high-profile accidents involving older drivers by drafting bills, no single test can determine who should give up the keys.

Across the nation, an increasing number of hospitals are offering comprehensive driving assessment programs for the elderly. They provide the kind of dispassionate medical judgment about driving ability that can temper the emotion in the inevitably raw family debates about when elderly drivers should stop. Givler turned to the DriveWise program at the Beth Israel Deaconess Medical Center, which warns patients that any negative recommendation which is ignored will be reported to the state Registry of Motor Vehicles.

Givler was uneasy when he arrived for his most recent test, even saying to himself, “My concentration isn’t as good.’’ His right arm shook, not from the jitters, but from his progressive neurological disease. Outside, it was raining hard and it was the middle of the afternoon, meaning visibility would be low and the streets crowded. He took a seat and waited to be called.

At his first visit in 2004, Givler, like other patients, came for a daylong series of tests that evaluate vision (depth, distance, color differentiation, among other things), brake reaction times, knowledge of driving rules, cognitive and multi-tasking ability, as well as skills on the road test. A social worker also evaluates the patient’s clarity of thinking and family support systems. Drivers who pass are typically asked to return for retesting in a year, and sometimes earlier.

Staff members noted that Givler was a gentle, intelligent man of few words, had a “mild’’ tremor in his arm, and was conscientious about safety, according to documents from the program. Asked why he came for his first test, he replied, “It makes sense.’’

Records showed impressive scores. Givler had 20/20 vision with eyeglasses, excellent brake reaction times, and 100 percent accuracy in his knowledge of driving rules. His written tests showed no signs of dementia, though they indicated some slower-than-average multi-tasking ability. On the road test, this slender man with a white beard was nearly perfect, just once failing to look at his blind spot, though he did check his mirrors.

Givler had retired from a career as a biomedical engineer, but he was still racing cars in 2004, and his routine driving abilities were almost as good as any healthy adult in their 30s to 50s, the period when doctors say most people peak in combining physical ability with experience. Nobody at the program worried about Givler’s tremor, which stilled when he grabbed the wheel.

Most impressive, clinicians said, was Givler’s “level of insight’’ into his own driving abilities. He was not the flashy race car driver they had imagined, but a methodical man drawn as much to the mechanics of cars as to the sensual pleasures of maneuvering at speeds of up to 140 miles an hour. He vowed to retire from racing when he felt his split-second slower reactions might cause a collision.

“He’s a patient who we know will self-monitor his driving,’’ said Lissa Kapust, who heads the DriveWise program, which costs participants about $400.

When he does stop driving, his wife, Kathy, 62, predicts he will announce it as abruptly as he did his decision to stop racing.

It was a spring day in 2007 on the New Hampshire Motor Speedway, where he had held a club lap record. Givler just finished a race with a time that was not his best - nor worst. Looking up at his wife from the driver’s seat of his red-and-black 914, he said, “That’s it - that’s the last race.’’

DriveWise’s occupational therapist, Ann Hollis, noticed a more intense tremor in Givler when he arrived for his fifth annual test on Nov. 25, 2008. Over the course of the prior four years, he had become one of her favorite patients.

“He’s such a quiet, but interesting man,’’ Hollis said. “But I could tell he wasn’t doing quite as well physically.’’

What caught her attention was the result of the major multi-tasking test, a paper-and-pencil exam in which the patient connects the dots alternating chronologically between numbers and letters - 1 to A to 2 to B to 3 to C, ending when the patient gets to 13. This test looks at a driver’s ability to divide their attention, a critical skill in juggling traffic patterns, lane changes, signal switches - as well as the ball that suddenly rolls into the car’s path.

Previously, it took him anywhere between 71 seconds and 107 seconds. This time it took Givler 163 seconds - putting him at the bottom 10th percentile for his age.

Givler, whose gait had also slowed over the past year, acknowledged to staff that he had begun voluntarily limiting his driving. He only occasionally drives at night and takes brief trips, mostly to bring his wife to the commuter rail station for her work commute to Boston. When the couple is together, his wife typically drives their Volvo.

It was around 2:30 p.m. when Givler took the driver’s seat in Crown Victoria. On the front passenger side was a driving instructor with an extra brake pedal. Hollis sat in the back with a notepad.

Givler led the car through the pedestrian-heavy streets around the Longwood Medical Area, through numerous residential streets of Brookline near Cleveland Circle, at higher speeds along Route 9, and then eventually back to the hospital. With a few exceptions, he did well during the hourlong test - and clinicians believed his skills from his race car driving days helped.

“Mr. Givler adapted well to the car, followed the rules of the road and was alert to other road users,’’ Hollis wrote. “On Kent St., (patient) did not signal pulling over to or away from the curb. In traffic, (patient) sometimes drove a little close to other vehicles. When asked how he had performed on the test, (patient) demonstrated intact awareness of errors.’’

A week later, Givler and his wife met with DriveWise staff to review their conclusions from his tests. The staff gave him a letter that said that while his abilities had declined, he “did not demonstrate deficits that would impede (his) capacity to drive a car.’’

Givler and his wife returned to their routines. Both have said that if Givler cannot drive, they might have to move out of their 1800s Greek Revival farmhouse, where they were married 34 years ago and look for a place with better public transportation. Givler said he hopes he will recognize, before being told, when to stop driving.