Jordan's to make a home for Village 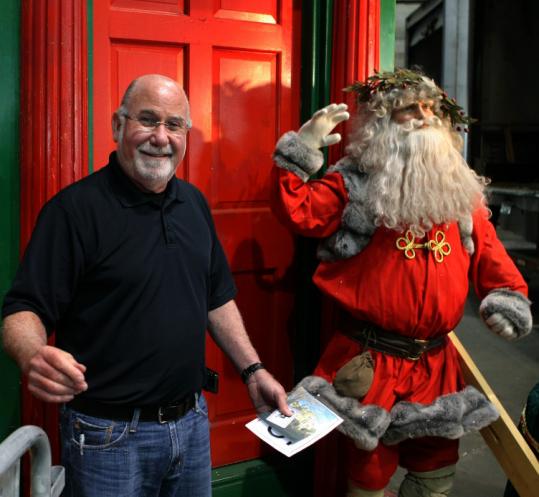 The Enchanted Village, the holiday display that drew generations to the old Jordan Marsh department store each Christmas, sold yesterday at auction to a sentimental bidder with a familiar name.

Eliot Tatelman, the pony-tailed president and chief executive of Jordan’s Furniture, placed the winning bid of $140,000, topping a private collector’s best offer by $5,000.

“How could I not do it?’’ said Tatelman, recalling his own pilgrimage to see the village as a 5- or 6-year-old, clutching his mother’s hand in the crowd. “The topper was the name Jordan. It was from Jordan Marsh.’’

The sale on behalf of the city of Boston by Stanley J. Paine Auctioneers took less than 10 minutes, with the price rising in $5,000 and $10,000 increments from a starting bid of $25,000. Tatelman fended off the advances of the private collector because he said he feared the village would be disassembled and sold piece by piece on .

The 8,000-square-foot display will be erected at the Jordan Furniture showroom in Avon, where it will go on display each year from November to January. Admission will be free, Tatelman said.

The store also plans to make the Enchanted Village available for fund-raisers for hospitals, foster care, and other child welfare organizations.

“The only catch for Jordan’s,’’ Tatelman said, “is that you are just going to have to walk through a lot of furniture to get to it.’’