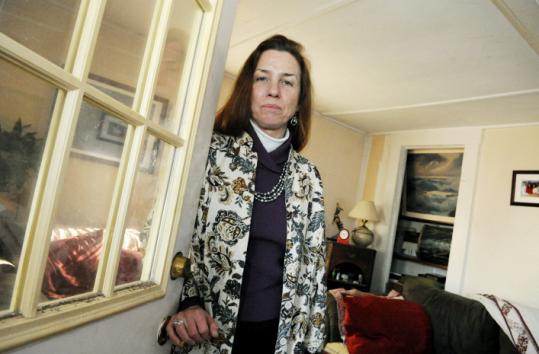 A worker cleaning a cooler at the state medical examiner's office in Boston last month discovered a box of human bones, including a skull, that were wrongly left behind when the rest of the remains from the body were turned over to a funeral home for burial in July 2007.

The discovery led to the firing last month of the office's longtime forensic anthropologist, Ann Marie Mires, who had come under scrutiny 19 months earlier in a similar case in which remains were released for burial but bones from that body were later found stored in her office.

In both cases, the families were notified, according to state officials. And at least one of the deceased people was exhumed and then buried again after the missing bones were added to the remains.

A spokesman for the state's Executive Office of Public Safety said yesterday that Mires was fired Feb. 25 "after it was determined she failed to follow established professional procedures relating to the inventory of human remains."

That failure caused only a partial set of remains to be released to the family of the person who died in 2007, according to the spokesman, Terrel Harris.

But when contacted by the Globe, Mires, who has helped identify the remains of missing children like Molly Bish and the alleged victims of fugitive gangster James "Whitey" Bulger, said she was not to blame for the mix-up with the bones and is being wrongly blamed for chronic problems at the beleaguered medical examiner's office. She has filed a grievance challenging her dismissal.

"It's not my fault, but a failure in the system," said Mires, who was hired by the medical examiner's office in 1996 and previously served as a consultant for 11 years. "They still haven't been able to fix the place. It's still broken, and this is just the tip of the iceberg."

The revelation about the bones comes 19 months after Governor Deval Patrick fired the chief medical examiner, Dr. Mark A. Flomenbaum, after his staff temporarily misplaced a body. Despite the Patrick administration's statements that it has dramatically improved the office with changes in management, training, and procedures, it has recently been embroiled in one blunder after another.

Last month, the medical examiner's office confirmed that it recently allowed the body of an Andover woman to be cremated before authorities had determined whether she was the victim of a homicide.

In another case, the medical examiner's office released the wrong body to a Worcester funeral home the day before Christmas last year, then discovered the mistake at a cemetery three days later, shortly before the man's remains were to be cremated.

In the incident involving the bones, Harris said the medical examiner's office examined the remains in 2007 to determine the identity of the person and the cause of death and then released them to a funeral home.

"However, the former employee [Mires] stored the bones in question separately from the tissue, a violation of the office of the chief medical examiner's procedures," Harris said.

But Mires, who assists in identifying people who are unrecognizable because of decomposition or disfigurement, said she followed standard operating procedure when she examined the bones, then left them in a box on a gurney, next to a bag containing the person's tissue remains.

"There were two items together that should have been released together," said Mires, adding that she showed the technicians and a supervisor the remains and told them they were together and ready to be released.

"I did what I was supposed to do," said Mires, blaming the mistake on whoever separated the bones from the tissue and released one without the other.

Mires said she was surprised when the bones were discovered on Feb. 12 and then learned that another technician had discovered the bones in December 2007 and made a notation in the office's computer and yet nothing was done about it.

Yesterday, Harris said the bones were discovered "during the ongoing effort to improve operations and professionalism of the office of the chief medical examiner, following years of neglect and mismanagement."

He would not comment on Mires's statement that the bones remained in the cooler for another 15 months after the technician discovered them. Harris said Mires, who had been cut from full-time status to part time a few years ago, was the only employee reprimanded as result of the bone mix-up.

Harris said Mires had been warned before about protocol she was required to follow when handling human remains.

He cited an April 2007 letter in which Flomenbaum ordered Mires to conduct an inventory of all specimens she had taken for future testing. She was also warned not to retain specimens once a case was officially closed, according to the letter.

Flomenbaum was under scrutiny because unclaimed bodies were piling up at the office. He was fired four months later, after his office released the wrong body, resulting in one man's body being buried in another man's grave.

In the earlier incident involving Mires, she said she discovered in June 2007 that the partial remains of a person had been released for burial by a technician who was unaware that the person's bones were in her laboratory, where she had been examining them.

"They were slated to go with the body, but nobody told me it was being released," said Mires, adding that she alerted the medical examiner's office about what happened.

Mires teaches full time at Anna Maria College in Paxton and is an instructor at Bay Path College in Longmeadow. She said that during her last 18 months at the medical examiner's office, she had been working hard on getting the profiles and DNA from 20 unidentified victims into a national FBI database in an effort to identify them.

Calling her dismissal "a big indignity," Mires said: "It breaks my heart. They said, if you resign, we'll give you a neutral reference. I don't care about that. I care about having my name restored."

Shelley Murphy can be reached at shmurphy@globe.com.