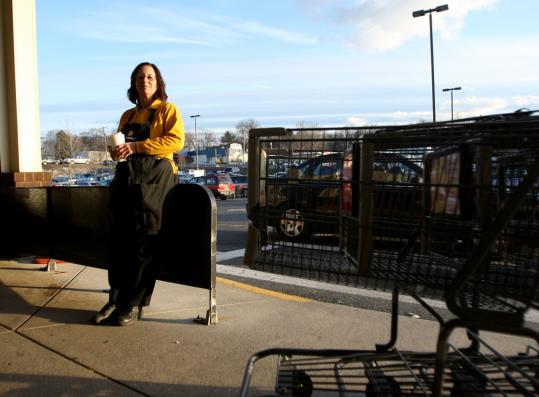 To the rash of bad news about the state and national economy, add this dispiriting blow: Homeowners across Massachusetts are about to receive higher property tax bills, even as the real estate market sags.

This is tax-rate-setting season, and each day, the Department of Revenue's Division of Local Services approves a flurry of new rates set by cities and towns after reviewing their assessments, budgets, and revenue projections. With few exceptions, the numbers tell the same story in community after community: Home values went down, but taxes, and tax rates, on the new bills are going up.

"Money, money, money, money," Natick taxpayer Michael Hurwitz said, voicing his frustration in an exasperated singsong. Hurwitz, at 70, has a heart condition but contin ues to work as an automotive accountant to keep up with his expenses, including the taxes on the three-bedroom ranch he bought in 1974. "It's either that or sell the house, and if I sell the house, I'll get half of what it's worth, so what good would it do?"

The average single-family property tax bill in the state rose between 3.7 percent and 6.7 percent in each of the past 10 years, leading to an average bill of $4,110 for fiscal 2008, which ended June 30. Taxes rose last year despite a nearly 1 percent drop in the average assessed single-family home, to $403,687, the first decline since the early 1990s, according to state statistics.

Assessments, calculated largely off the previous calendar year's sales, lag the market. As a result, the average assessed value for homes is likely to dip again this year - as it has for many of the communities whose figures have recently been certified - and could do so next year as well.

Through Friday, the new assessments, spending figures, and tax rates for fiscal year 2009 had been submitted and approved for 172 cities and towns, or nearly half of the municipalities in the state, said Robert Bliss, a Department of Revenue spokesman. "It will be the rare community where values go up," he said, even as taxes rise.

The new bills will not be mailed in most communities until the end of the month, but many taxpayers are already feeling beleaguered. Voters rejected overrides in five out of six communities on Election Day last month, and property tax concerns figured heavily in a successful $7 million campaign to fight anti-income tax Question 1. Opponents of the question warned that eliminating the income tax would trigger property tax increases.

Meanwhile, strained Massachusetts cities and towns - which are more reliant on property taxes to balance their budgets than communities in most states - are hoping for continued levels of state aid and are looking for new ways to raise taxes. Communities have not fully recovered from slashes to local aid made in the last recession; this year they will receive $566 million less, adjusted for inflation, from the state than they got seven years ago, according to the Massachusetts Municipal Association.

When home values were soaring, many homeowners accepted upward pressure on property taxes as a fact of life. But now, with assessment reductions coming at the same time that the stock market tanks and unemployment ranks swell, taxpayers are confronting stark reminders about municipal finance: Namely, that decreased assessments and a struggling economy do not mean decreased taxes and that Proposition 2 1/2 does not mean individual taxes cannot rise more than 2 1/2 percent a year. The 2 1/2 percent refers to the overall tax collections, not individual tax bills.

"People are frustrated. We're just tired," said Ann Buxton, a Framingham resident whose taxes have increased several hundred dollars in the five years since she purchased her one-bedroom condo.

Framingham's new tax rate has not yet been finalized, but Buxton is bracing for another increase. She works 65 hours a week in two jobs, with a catering company and at a supermarket, and may seek an additional part-time job to make ends meet. With a raft of rising expenses and a commute of a few hundred miles a week, Buxton, who is 53, said the reprieve of lower gas prices feels only temporary. In addition to a tax increase, she is worried about toll increases on the Massachusetts Turnpike. "People are struggling," she said.

At the local level, assessors try regularly to educate homeowners that municipal budgets, not home values, determine the amount to be raised through taxes, with property assessments the means to spread that tax levy throughout the community. Nevertheless, the sting of an increased tax bill coupled with a reduced assessment can produce frustration and confusion.

On Beacon Hill, lawmakers accustomed to hearing property tax concerns from constituents in good years find that a strained economy has intensified calls for change, which could produce legislation offering municipalities cost-saving measures and alternative revenue sources. Proponents say that would relieve pressure on property taxpayers.

"We're hoping for some pretty aggressive action in the very early part of 2009," said state Stanley C. Rosenberg, the Northampton Democrat who serves as Senate chairman of the Legislature's Special Commission on Municipal Relief.

Governor Deval Patrick, who campaigned in 2006 in part on property tax relief, previously filed many of the ideas that the commission is reviewing, such as allowing communities to institute their own meals tax or increase the hotel tax and enabling them to collect property taxes from telecommunications companies for poles and wires that run over public ways.

Although many of the components in Patrick's Municipal Partnership Act met roadblocks in the Legislature, lawmakers now appear more willing to consider those proposals, a reflection of the economic downturn and pressures they are feeling from constituents.

"The governor remains committed to working with the Legislature and cities and towns to bring relief to Massachusetts property owners," said Kyle Sullivan, a spokesman for Patrick. "But it is important that homeowners themselves let their legislators know that property tax relief from the state is a top priority."

Massachusetts ranks eighth in the country in average property tax bill per household, according to fiscal 2006 statistics compiled by the Tax Foundation, an organization based in Washington, D.C. And while cities and towns nationally generate less than half of their local revenue from property taxes, Massachusetts communities rely on property taxes for 73 percent, according to Geoffrey Beckwith, executive director of the Massachusetts Municipal Association.

Without legislative relief, "communities are faced with the choice of either increasing the property tax or cutting services, and going in either direction is unpleasant," Beckwith said. "Many communities are doing both."

Meanwhile, the original proponents of Proposition 2 1/2 are calling for legislation that would make it more difficult for overrides of the tax cap to reach the ballot. The law, which voters approved in 1980 and which took effect in fiscal 1982, has two main features. It prevents municipalities from increasing the total amount collected from all property taxpayers by more than 2 1/2 percent annually, not counting taxes on new development, without a ballot override. It also prevents a city or town from collecting a total tax levy that exceeds 2 1/2 percent of the community's collective property value.

Barbara Anderson, executive director of Citizens for Limited Taxation, said the group wants to limit overrides to biennial state elections. Local override proponents have timed their elections for unusual months or days, leading to lower turnout and higher likelihood of support, she said.

Rare is the community in which property taxes drop for homeowners, but that's the case in Wilmington. Among other factors, significant new development in the commercial and industrial categories lifted some of the burden off residential taxpayers, who saw their single-family homes drop in value from an average of $402,698 to $381,505. The average single-family tax bill for the year is nearly $48 lower.

In 16 years as Wilmington's principal assessor, Humphrey Moynihan had told homeowners that was possible, but he'd never seen it happen before. Although the bills reflecting the new values and rates will not be mailed until the end of the month, Moynihan is already finding himself in an unusual position among assessors: fielding feedback from thankful homeowners.

"The response," he said, "has been very, very positive."