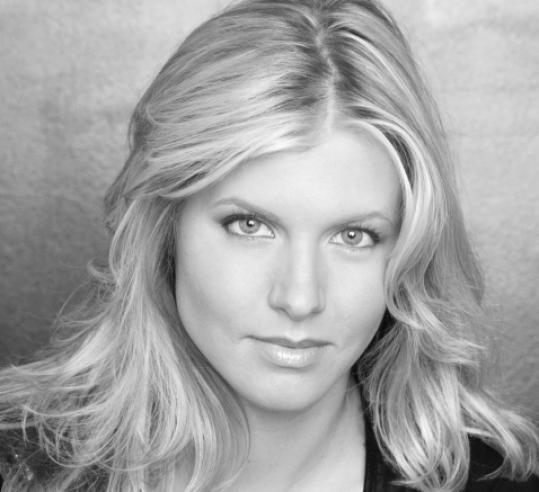 "He grabbed me by my hair and took my hands by my wrists and made me punch my face," Julie Donaldson testified.
Email|Print|Single Page| Text size – + By Mark Shanahan Globe Staff / July 9, 2008

Channel 7 sports reporter Julie Donaldson, who said she was injured in an assault last month, testified yesterday that her boyfriend threw her against a wall and punched her in the face.

Sobbing as she spoke, Donaldson said it was the latest in a series of violent episodes involving Ivan Lattimore, whom she has been dating since Thanksgiving. Lattimore has been held without bail since his arrest. Yesterday's testimony came during a hearing to determine whether Lattimore poses a threat to Donaldson. The hearing will continue today.

A sports reporter at WHDH-TV since March, Donaldson is a graduate of the University of Florida and former Miss Florida USA. Before coming to Boston, she worked at SportsNet New York.

Lattimore lives in California, but Donaldson said he visits her every few weeks, staying with her in her Back Bay apartment. Donaldson told the court that Lattimore plays professional Slamball, a variation of basketball using trampolines.

Questioned yesterday by Assistant Suffolk District Attorney Patrick Devlin, Donaldson at first identified herself as Julie Cochrane. She explained that she is married but that her divorce is nearly final.

Since she and Lattimore started dating, Donaldson said, there have been at least four violent episodes. The first, she said, occurred at the Super Bowl in Arizona and resulted in bruises on her arms. "I wore a long sleeve shirt and didn't tell anyone," she said.

The second attack was more serious, she said. After a Celtics game against the Miami Heat on March 30, Donaldson said that she lied to Lattimore about her whereabouts and that he was waiting for her when she returned to her apartment.

"He grabbed me by my hair and took my hands by my wrists and made me punch my face," she said, adding that she had to miss work the next day because of bruises on her face. A few months ago, she said, another fight ensued after a night of drinking at Sonsie on Newbury Street.

At 6-foot-4 and 215 pounds, Lattimore is an imposing presence. Dressed yesterday in a pink pinstripe shirt and baggy jeans, he sat shackled and largely expressionless while Donaldson detailed the alleged abuse.

Donaldson said the latest assault took place in Donaldson's Exeter Street apartment after a night of dancing and drinking at the Back Bay nightclub Saint. On June 27, Lattimore's 32d birthday, Donaldson said she, her boyfriend, and another man went to the club. They drank several shots of liquor, she said, and bought rounds of drinks for others at the bar. At closing time, she said, Lattimore paid the $386 bar tab, and the drunken crowd spilled out onto the street. Wanting to "keep the party going," Donaldson said, she invited a group of six young women back to her apartment around 2 a.m. on June 28.

One of the women, Sounsano Phouthavoq, testified yesterday that Lattimore groped one of her friends at the apartment. Alarmed, the women tried to leave, Phouthavoq said. She said Lattimore became angry and grabbed her by the hair. When Donaldson tried to calm him, Phouthavoq said he threw his girlfriend approximately 5 feet against a wall.

"He snapped and went into a rage," Donaldson told Judge Raymond Dougan Jr.

Donaldson said she ran to her bedroom and locked the door, but Lattimore kicked it in. He punched her in the face at least twice, she said, and also bit her on the left cheek. "I remember a slow motion punch coming from the right side of my face," she said, weeping.

Donaldson said she managed to escape to the street, where she was met by the six young women and the police.

"She was crawling around the corner, saying, 'He's coming after me; he's going to kill me," Rosalyn Pen, one of the women, said in court. "It was like a Lifetime movie. I'd never seen anything like it."

Donaldson, who's filed a restraining order against Lattimore, said her boyfriend called her 47 times on her cellphone immediately after his arrest. She said he doesn't understand why he's in jail, and encouraged her to tell police they were playing a game.