Patrick to create a child advocate

Will track cases of abuse, neglect 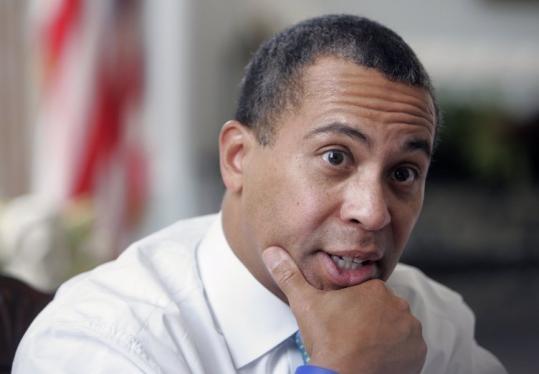 Governor Deval Patrick today will create the state's first Office of the Child Advocate, a watchdog with power to investigate allegations of child abuse and neglect and to monitor state agencies that provide services to children, state officials said yesterday.

The Office of the Child Advocate, which Patrick will create by executive order, will have authority to scrutinize individual cases, report its findings publicly, and recommend policy changes, said JudyAnn Bigby, the state secretary of health and human services.

The office will not have the broad powers of child advocates in some other states, who can issue subpoenas, hold public hearings, and even sue state agencies.

Nonetheless, Massachusetts child welfare advocates said it was an important move after a spate of high-profile abuse and neglect cases in recent years.

"Finally," said MaryLou Sudders, president of the Massachusetts Society for the Prevention of Cruelty to Children. "You need someone who can ask tough questions and has the backing of the governor. The office of child advocate is in response to a series of tragedies and legislative oversight hearings. There's no question about it."

The state agency that handles foster care, the Department of Social Services, has come under fire for several high-profile tragedies in recent years. In 2005, 4-year-old Dontel Jeffers died at the hands of his foster mother. Haleigh Poutre was left comatose in 2005 after a beating by her adoptive mother, who was under DSS supervision. And 4-year-old Rebecca Riley of Hull died after being given an overdose of psychotropic medications in 2006 by her parents, who had been monitored by DSS.

Bigby said the appointment of an independent advocate should not be viewed as criticism of the agencies she oversees. "This is in no way a suggestion I don't have confidence in my commissioners," she said. "This is just another set of eyes to look over issues where children are in the care and protection of the state."

Angelo McClain, DSS commissioner, said he welcomes the scrutiny of an independent monitor.

It was unclear yesterday whether the appointment of an advocate would preempt a move by House Speaker Salvatore F. DiMasi to require appointment of a Cabinet-level secretary of child welfare, who would not have the same independence as Patrick's child advocate. DiMasi's proposal is contained in a comprehensive bill strengthening child abuse and neglect laws that was passed by the House last month. Bigby has opposed that measure, saying the advocate would play a unique watchdog role.

DiMasi did not embrace the governor's move yesterday, but said he would consider it.

"The speaker's top priority in this is protecting the most vulnerable children in the Commonwealth," said David Guarino, DiMasi's spokesman. "We passed a strong bill that creates a secretary to put that issue in the top levels of state government. If the governor believes that can be accomplished through a child advocate and can show that it will work, he will welcome that. But he'll have to take a look at the proposal."

Senate President Therese Murray said that with the appointment of a child advocate, the Senate will probably reject moves to create the Cabinet-level position. The Senate, however, will approve other provisions of the House bill, she predicted.

"It's a great idea, as long as the person is independent," she said of the governor's initiative.

A panel of specialists will screen applicants and by the end of February forward three names to the governor, who will make the final choice. The child advocate will remain in office until the governor's term expires. Officials could not say how much the advocate will earn, how many employees will work in the office, or how large the budget would be.

Jetta Bernier - executive director of Massachusetts Citizens for Children, a statewide advocacy group - applauded the move. She said the state needs an unbiased agency to keep track of abuse cases and make recommendations for reform.

"Our organization fully supports independent review of complex cases where there's an indication a state agency could have performed more effectively on behalf of the child," she said. "The office must share with the public and these agencies how the case unfolded and what could have been done to prevent injury."