'Powerful' ads back on airwaves 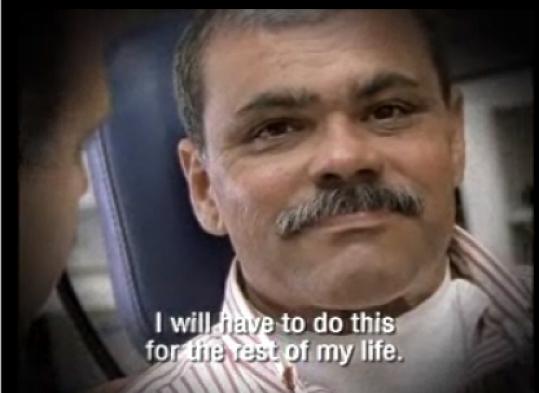 Six years ago, Ronaldo Martinez and his wrenching plea to stop smoking - rendered in a tinny, robotic voice that is the legacy of throat cancer - vanished from the Massachusetts airwaves, a victim of politics and economics.

Now, that landmark advertisement and a series of other commercials are being reprised, set to start airing again today on broadcast and cable channels, the most tangible evidence of a reinvigorated state antismoking campaign.

There will be newly produced ads, too, with the same purpose: reducing tobacco use in Massachusetts. During the five years the ads ran previously, the percentage of adults who smoked dropped from 22.7 to 19.5. After the ads disappeared, the rate of decline slowed, and cigarette sales actually rose in 2006.

State public health authorities unveiled the antismoking campaign yesterday, promising to spend about $1.5 million to run the ads for five months on television stations in Boston, Springfield, and Southeastern Massachusetts and to plaster the ads on the Internet and at transit stops.

State authorities and the former smokers featured in the commercials pledged that the effort would restore the state's status as a world leader in tobacco control.

"I felt so bad about it when the ads were taken off, but I had no control over it," Martinez, 54, said in an interview. "When they contacted me and they told me the campaign was coming back, I felt great."

The Legislature and Governor Deval Patrick increased antismoking spending by $4.5 million this year, aiming to resurrect the program, which had fallen out of favor under the administrations of Jane Swift and Mitt Romney. Still, the total budget for tobacco control, $12.75 million, is not even one-fourth of the peak funding level reached in 2000. In fact, more money was spent on media campaigns alone that year than the state will invest in all antismoking initiatives now.

Specialists questioned whether the commitment to advertising - middle-age viewers will see the ads an average of 10 times - is sufficient to achieve the same results seen earlier. Researchers who studied the original campaign discovered that smokers who had recently quit cited the ads as the single most critical factor contributing to their decision.

"This is one of the most important things they can do to get Massachusetts back on track with the Tobacco Control Program," said Lois Biener, who directed the survey at the Center for Survey Research at the University of Massachusetts at Boston. "I'm concerned about the level of investment, though. It's expensive to buy TV time."

Department of Public Health spokesman Tom Lyons said department officials hope that spending on media campaigns will grow, but that the state is committed to a balanced strategy including cessation programs and stepped-up enforcement of laws barring tobacco sales to youths.

The nation's largest producer of cigarettes, USA, said it welcomed any effort to help smokers quit "because cigarettes are addictive and cause cancer," a spokesman said.

Stephen Helfer, a Cambridge resident devoted to defending smokers' rights, said tobacco users are already saturated with messages to quit, and he characterized the ads as "medical pornography," exploiting people with illnesses.

The commercials revolve around the tagline "Fight4YourLife," and, to minimize costs, rely on earlier commercials featuring Martinez and two other smokers, both of whom have died. Those ads aim to grab viewers by the shirt collar and the gut. Martinez, who smoked a pack and a half a day, is depicted using a machine to give him the voice that throat cancer stole at the age of 39.

"Those previous ads were incredibly powerful," said Judi Haber of causemedia, the company hired to design the campaign. "It wouldn't have been right if we didn't bring those ads back."

But the media company and state authorities discovered something during focus groups that tested the ads: Men responded better to the doom and gloom than women.

"Women want more encouragement - it's the Oprah approach: 'Come on, sweetheart, you can do this,' " said Cathy Corcoran, communications manager for the Tobacco Control Program.

That's why the two new ads adopted a softer approach, with women explaining their addiction to nicotine and how they beat it. In an unscripted spot, Kendyl Davis, 43, describes giving her life to cigarettes for 33 years but declares: "I fought and I made it."

She threw away her last pack of smokes after awakening one day feeling like something was sitting on her chest. You have bronchitis and asthma, a doctor told her. You need to quit smoking.

"I was willing to do the ad, because I felt I could help somebody out," Davis said. "I hope it helps someone else. I really do."