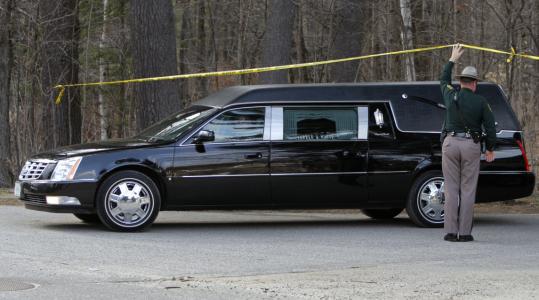 CONWAY, N.H. — The body of a missing Maine woman whose car was abandoned at a ski area with her toddler unharmed inside was recovered yesterday from a nearby pond.

Divers retrieved the body of Krista Dittmeyer about a quarter-mile from where her car was found idling early Saturday in the parking lot of Cranmore Mountain ski area in Conway, a town of 10,000 people.

Police had said that they believed Dittmeyer, 20, was a victim of a crime, but Senior Assistant Attorney General Jane Young said yesterday that the case was being investigated as a “suspicious death.’’ She declined to elaborate.

The search for the single mother from Portland drew national attention.

Dittmeyer was last seen Friday. Her mother is caring for her toddler, 14-month-old Aliyah, in Bridgton, Maine, where Dittmeyer grew up, about 25 miles from Conway.

Yesterday, investigators zeroed in on the retaining pond. By late afternoon, the Dittmeyer family’s worst fears were confirmed when a hearse retrieved the body, which was taken to the medical examiner’s office in Concord, the state capital. An autopsy was to be conducted today, Young said.

The family had offered a $3,000 reward for information and had planned a candlelight vigil tonight in Bridgton, Maine.

Dittmeyer moved to Portland shortly after her 2008 high school graduation and had been working as a waitress at a South Portland restaurant, said her older sister, Kayla, who lives in Colorado.

Dittmeyer’s mother, LaNell Shackley, had said she did not believe anyone had “a vendetta against her.’’

“She’s very lovable, very outgoing,’’ the mother told NBC’s “Today’’ show yesterday. “I’ve asked all of her friends, and they tell me the same thing. They don’t know who would want to do something to hurt her.’’

The man identified as the toddler’s father, Kyle Acker, was in prison in Maine at the time of the disappearance, although investigators have not ruled him out as a suspect. Police said he and Dittmeyer were living together in South Portland when he was arrested last year on drug charges.

WMWV-FM reported yesterday that a Conway police officer questioned two men who were walking on a road near the ski area just before midnight Tuesday. The men, one of whom had the same last name as the baby’s father, told police they were friends of Dittmeyer’s, went to Cranmore to look for her, and found one of her flip-flops.