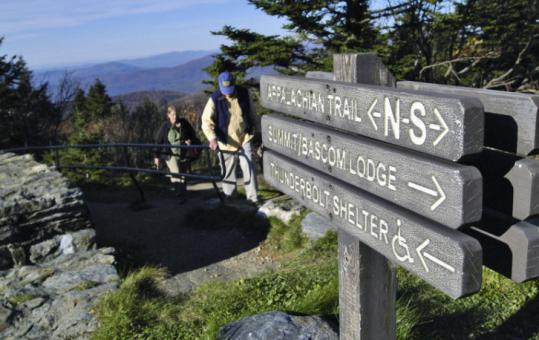 AUGUSTA, Maine — The North American leg of the International Appalachian hiking trail got a major boost yesterday as chapters in several European countries endorsed the project, which promises to become the world’s largest trail network.

The International Appalachian Trail is an extension of the Appalachian Trail, which extends from northern Maine to northern Georgia along the Appalachian Mountains. It begins near Maine’s Mount Katahdin and extends through the eastern Canadian provinces. Hikers can then continue on the trail by crossing the Atlantic Ocean by boat or plane and picking it up in Greenland and Iceland, officials said.

“By joining, they [the international chapters] will set up a trail in their territory,’’ IAT geologist Walter Anderson said. “Now we have jumped the pond.’’

The extended trail will follow mountains that were formed millions of years ago when the continental plates of North America and Europe collided.

Anderson said the extension will not require extensive construction of new trails because in many places they already exist. Making them a part of the International Appalachian Trail, he said, will be a matter of identifying them with markers.

Officials said that when the trail is completed, it will become the largest trail network in the world, with multinational membership on three continents.

The organization describes the trail as a “fantastic opportunity’’ for outdoor adventure companies interested in providing services in a market that’s home to 800 million people.

While many references call the Appalachian Trail the longest continuous footpath in the world, a number of other planned or existing trails compete for the title of longest.

The International Appalachian Trail, proposed on Earth Day 1994, was the idea of Richard Anderson, a fisheries biologist and former commissioner of Maine’s Department of Conservation, according to its website.