Chuck Turner through the years 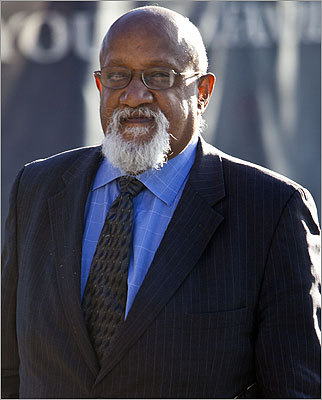 Chuck Turner, the former Boston city councilor, was sentenced in January 2011 to three years in prison for accepting a $1,000 bribe in 2007 and lying about it to federal agents. Turner was convicted in October 2010 during a federal corruption trial. Shortly thereafter, he was expelled from the city council.

A month later, a federal judge cleared the way for Boston to hold a special election to fill Turner's seat when he rejected Turner's claim that he was wrongly removed by the council.

The sentence marked an ignominious closing chapter for Turner, who spent decades as a fierce opponent of gentrification and a champion for affordable housing for the poor.

Read on for a look at Turner's rise and fall.