Two parks: One quiet, one vibrant

By Andrew Ryan, Globe Staff
The Greenway conservancy says the naysayers remain a very small minority. In the North End, frequent critic Matthew J. Conti sits on the Greenway Committee for his neighborhood council, and wants use of the space limited to "storytelling hours and maybe one of two big events a year to show it off, but once you go beyond that it's hard to keep the plants."

At right, John Keysor, of Bristol, R.I., watched as his brother, Ted Keysor, of South Boston, chased his son, Henry, 15 months old, during a Sunday morning in the park. 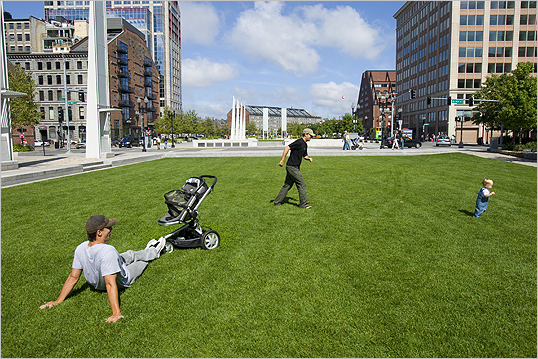