Remy had been missing from NESN Red Sox telecasts since April, taking a leave of absence to recover from depression spawned by his battle with lung cancer.

During a Red Sox game last week, Remy made a surprise visit to the broadcast booth, receiving a touching, standing ovation from the Fenway fans. The RemDawg said he hopes to return to the booth before the team's season ends.

The Globe's Neil Swidey, a Somerset native, profiled the Red Sox color man, also a son of Somerset, in April.

Take a look at Remy through the years, from his time as the Sox' second-baseman to his years as NESN's beloved broadcaster. 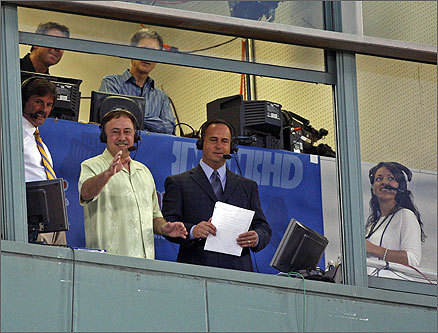