Stankiewicz is out in Plymouth 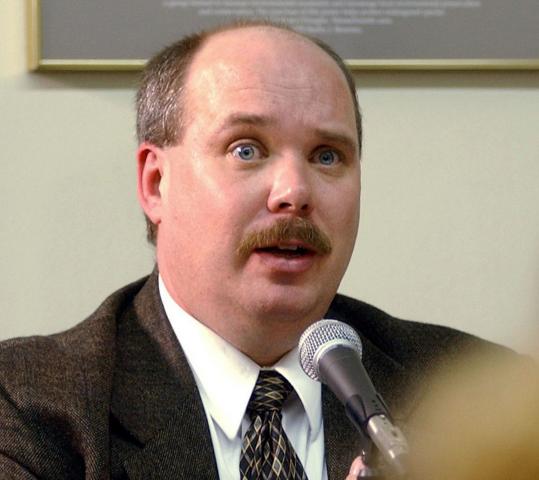 Mark Stankiewicz has resigned as town manager in Plymouth, effective Monday, eight months before his first three-year contract with this coastal community was set to expire.

The 54-year-old Stankiewicz declined to comment on his sudden departure. Selectmen and Stankiewicz came to an agreement and announced the news last Tuesday night.

Although the settlement terms won’t be officially released until later this week, selectmen confirmed Stankiewicz will receive severance pay of about $85,000, representing about seven months’ pay. His annual salary was $145,000.

Selectmen chairman William Hallisey defended the deal, saying more than half the total had been earned by the town manager.

“He had close to two months in sick and vacation time along with two months’ severance,’’ Hallisey said. Under his contract, Stankiewicz would receive a month of severance pay for every year he worked when he left the job. He wrapped up his second year at the end of December. The selectmen chairman added that such a provision is commonplace in the contracts of top municipal employees.

“Beyond what he had coming, he got about three months’ pay,’’ Hallisey said.

During Stankiewicz’s tenure, there have been no public battles with the selectmen. But according to Hallisey, both sides agreed it was time for Stankiewicz to leave.

“We reached a mutual understanding,’’ Hallisey said. “He was actively looking at other communities anyway, so we thought it was best if we put somebody else in that would be more permanent.’’

Stankiewicz confirmed he was already looking for another job, recently making it to the list of finalists in Burlington.

Assistant Town Manager Melissa Arrighi is expected to step into Stankiewicz’s position on Tuesday, when selectmen meet, either on an interim or permanent basis. Arrighi had held the interim position for 11 months before Stankiewicz was hired in December 2009.

Arrighi said she would be “absolutely interested’’ in taking over the town’s top position, whether she is appointed or has to compete for it through a candidate search.

Meanwhile, one selectman blamed his fellow board members for the loss of Stankiewicz, whom he described as a “solid performer.’’

“By no means should this be considered as a voluntary resignation,’’ said selectmen vice chairman John Mahoney. “This was a termination.’’

Mahoney went on to criticize his board for micromanaging the town manager. “The primary factor in the end of Mark Stankiewicz’s tenure in Plymouth was he was dealing with an executive board that doesn’t understand its role in the current form of government,’’ Mahoney said. His colleagues were meddling in day-to-day operations, according to Mahoney.

“They had no business being involved in it and no skill set to deal with it,’’ the selectman said. “If this doesn’t change, you’ll see a repeat of this in three years, no matter who we hire.’’

Before coming to Plymouth, Stankiewicz had been Stoughton’s town manager for six years. Selectmen in that town had declined to renew his contract for the usual three years in June 2009, giving him a one-year deal instead. By September of that year, he was a finalist in Plymouth.