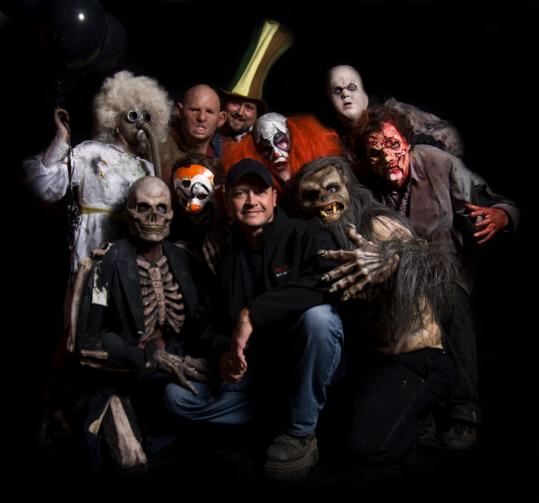 Bay State native Chris Waddell (inset) was paralyzed from the waist down in a skiing accident in 1988, but he refused to give up the sport he loves.

Two years later, he began his 11-year tenure on the US Disabled Ski Team, ultimately becoming the most decorated male skier in Paralympic history with a dozen medals over four of the quadrennial winter competitions. In 2010, the Park City, Utah, resident was inducted into both the Paralympic Hall of Fame and the US Ski and Snowboard Hall of Fame.

Waddell, founder of the One Revolution Foundation, recently brought his message of inspiration and hope to 300 students at the Fay School in Southborough. During his program, Waddell told the students: “It’s not what happens to you. It’s what you do with what happens to you.’’

That evening, he hosted a free public screening of the award-winning documentary “One Revolution,’’ about his journey to become the first paraplegic to reach the summit of Mount Kilimanjaro in Tanzania, in September 2009.

Waddell’s visit on Sept. 15 kicked off the “You Can If You Will’’ speaker series at the independent school, which has students from prekindergarten through ninth grade.

“With ADD, autism, and Asperger’s syndrome, kids today deal with more labels than ever,’’ said Waddell, who has been featured on network news programs and “The Oprah Winfrey Show,’’ and named one of the “50 Most Beautiful People in the World’’ by People magazine.

“My intention is to spread doubt,’’ he said. “Doubt what you think you know about another person and their limitations.’’

Waddell will return to the Fay School, at 48 Main St., on Saturday, at 7 p.m. to host an encore free screening of his film, open to the public. A pizza dinner with Waddell will begin at 6 p.m. To register, visit www.fayschool.org. For more on Waddell, go to www.one-revolution.com.

TWICE THE FRIGHT: Thanks to the efforts of Mike “Tattoo’’ Krausert of Southborough, Fenway Park will be transformed as never before this Halloween season.

Krausert, who has been director of Spookyworld’s Nightmare New England in Litchfield, N.H., since 2008, said he is looking forward to sharing the experience with a new audience during the 10-day run in Boston, from Oct. 28 through Nov. 6.

While the attractions fill the concourse fromLansdowne Street to Yawkey Way, according to Krausert, visitors also emerge from a dark tunnel onto the field.

Celebrating its 20th anniversary this year, SpookyWorld will launch its annual Nightmare New England production in Litchfield on Friday with a special party and fireworks show. The run will continue on 15 dates through Oct. 31.

Krausert, a board member of the International Association of Haunted Attractions, said he takes pride in designing interactive experiences that stimulate the senses through the use of shock walls, smells, phobias, and sounds. For example, Torment preys on common fears of snakes, mice, rats, and clowns.

“We raise the bar to outdo ourselves each year,’’ said Krausert, noting that it is particularly gratifying to observe how the talent within his design teams grows from year to year. “We give customers a good time, and we have a good time as well.’’

Tickets for the Boston production are available online at www.thefearatfenway. Children are invited to dress in costume for not-so-scary matinees featuring family-friendly characters from 11 a.m. to 3 p.m. on Oct. 29 and 30, and Nov. 5 and 6.

Nightmare New England details and tickets are available at www.spookyworld.com.

SINGING THE DREAM: Concord native Erik Lochtefeld said he “achieved a childhood dream’’ when he joined 14 fellow cast members from the Boston-based Huntington Theatre Company in singing the national anthem before a recent game at Fenway Park.

Lochtefeld, who attended Concord schools from fifth grade through high school, plays Maximilian in the Huntington’s ongoing production of “Candide.’’

Now a resident of Brooklyn, N.Y., Lochtefeld fondly recalls going to Red Sox games two or three times a year while growing up, but admits that his mother - Jeanne Lochtefeld, who has a Boston terrier named Fenway - is an even bigger fan.

Singing at Fenway on Sept. 14 required a mad dash back to the theater, even with the matinee delayed for 15 minutes. Still, he said, it was worth the extra effort to share a day in which Red Sox manager Terry Francona was honored for his induction into the College Baseball Hall of Fame; David Ortiz celebrated his nomination for the Roberto Clemente Award; and pitcher Tim Wakefield was honored for recording his 200th win the previous evening.

“We as actors are used to applause from several hundred people a night in the theater, but when we finished singing and tens of thousands applauded, it was soul-stirring,’’ said Lochtefeld. “I think even the Yankee fans in our group were moved.’’

THEY’RE WITH THE KING: Three local actors will perform with Hollywood star Lorenzo Lamas in the North Shore Music Theatre’s production of “The King and I,’’ opening Tuesday and continuing through Oct. 9.

Lamas will star as the King of Siam in the classic Rodgers and Hammerstein musical, based on the real-life story of an English widow who travels to Siam with her son to tutor the king’s children. Brookline actress Lisa Yuen (inset ) will reprise the role of Lady Thiang, which she performed in the national touring production.

Needham sisters Alana Tow, 8, and Mikayla Tow, 5, will appear in the children’s ensemble.