Bringing Wampanoag back to life 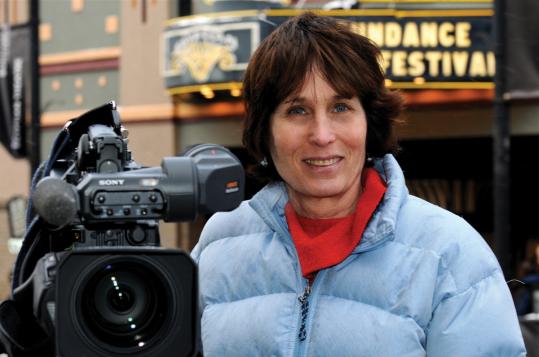 A documentary about the near-miraculous recovery of the Wampanoag language, after it had not been spoken for generations of the Native American tribe, will be introduced by award-winning filmmaker Anne Makepeace before its screening Saturday in Plymouth.

The film documents the efforts of a Mashpee Wampanoag, Jessie Little Doe Baird, who was summoned by her ancestors in a dream vision to reclaim the language of her nation, and her community’s support and nurturing of this vision.

Relying on archival materials - letters, petitions, deeds - written in a phonetic version of Wampanoag and the tongue’s similarities to the few other Algonquian languages still spoken, Baird slowly pieced together the words and sounds of the language, and with her husband Jason’s help taught it to their daughter, Mae, the first native Wampanoag speaker in more than a century.

The film’s title, “We Still Live Here: Âs Nutayuneân,’’ with the Wampanoag words translating the English, reflects the endurance of Wampanoag communities around Herring Pond in Plymouth, along with major communities in Mashpee on Cape Cod and Aquinnah on Martha’s Vineyard.

“Many Native Americans live in Plymouth, Wareham, and Onset,’’ said Ed Russell, a cofounder of the Plimoth Plantation’s Plimoth Cinema, which will show the film in a program starting at 7 p.m. Saturday. “Obviously, the plantation is a Wampanoag center of learning and culture as well.’’

“It is a story about the resurrection of a language and of a culture that’s quite unprecedented,’’ Makepeace said last week of her film, which has won prizes from the Full Frame Documentary Film Festival and the Telluride Mountainfilm Festival. “It’s the first time a language with no living speakers has been revived as a living, spoken language in a Native American community.’’

For Baird, who last year was awarded a MacArthur Fellowship “genius’’ grant after working for some 15 years without a paid position on the project, her calling began with recurring dreams of “familiar-looking people from another time addressing her in an incomprehensible language,’’ according to the film’s publicity. “Later, she realized they were speaking Wampanoag, a language no one had used for more than a century.’’

Trained in linguistics at MIT, Baird drew on phonetically written Wampanoag records stored in Massachusetts archives to recover the language’s words, phrases, and grammatical structures. “These are the Rosetta Stone for bringing back the language,’’ Makepeace said, referring to the inscriptions that decoded Egyptian hieroglyphics.

The reclamation project also drew on a unique 17th-century document, a Christian Bible translated into Wampanoag under the direction of the missionary John Eliot.

Conversion to the white community’s religion was a double-edged sword for Native Americans. Converts were expected to give up their own culture - the pain of that experience is reflected in the marginal notes of the Wampanoag who wrote “I am a person’’ in his Bible - and over time the old language gave way.

But the Wampanoag of Mashpee and Aquinnah survived terrible times for their people in large part because they became “praying towns.’’

In addition to telling its contemporary story, Makepeace’s film reflects the tragic history of a nation whose essential contributions to Plymouth’s Pilgrims are celebrated every year at Thanksgiving, but which suffered near extinction by the English in the devastating King Philip’s War a generation later. The war ended with the Great Swamp Massacre and the selling into slavery of the men, women, and children of the tribes who followed Philip.

Makepeace, who is distantly related to the family that owns the , a major cranberry grower and landowner in southeastern Massachusetts, said the role of her own Puritan ancestors in King Philip’s War fed her passion for making this film.

“I said I have some kind of draw to tell the story,’’ she recalled telling Baird and project member Linda Coombs. “They got it right away. They said, ‘You’re closing the circle.’ ’’

Their meeting “opened the door’’ to winning the trust of project members who had previously held to a policy of forbidding their reclaimed language to be used in any product that would be sold.

They wanted to master the language themselves, Makepeace said, before outsiders got hold of it. After a long meeting in which decisions were made by consensus, her film project won approval.

Filmed over a two-year period, the documentary tells the story of Baird’s dream and follows the project’s retrieval of the language to the point where it can be taught to children and once more become a native language.

“It takes the drive and passion and brains of a leader,’’ Makepeace said of the project’s achievement under Baird. “But she always says, ‘I didn’t do this. The community did.’ ’’

“We Still Live Here: Âs Nutayuneân’’ is also scheduled to be shown on public television on the Independent Lens program on WGBH-TV at 10 p.m. Nov. 17.

Robert Knox can be reached at rc.knox2@ gmail.com.