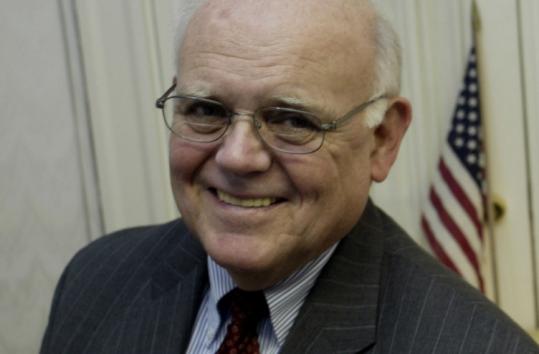 The budget includes approximately $1.75 million for projected salary increases for town and school employees after July 1.

Its approval came as the town settled contracts with teachers, police dispatchers, and some public works personnel.

“I’m delighted to have the process completed. It’s grueling, but I’m glad it’s done,’’ said Wellesley’s executive director, Hans Larsen, after the vote Tuesday night. “We will keep looking at our budgeting process and try to improve for next year.’’

Of the total budget for fiscal year 2012, $59.7 million is for the Wellesley public schools.

“Originally, when we were developing the budget, we believed we would have to cut elementary art programs, but as we discovered more revenue from decisions like freezing pay for substitutes and a few teachers retiring, we were able to restore art,’’ said School Committee chairwoman KC Kato, who presented the district’s budget to Town Meeting.

Several Town Meeting members complained that Kato had not presented enough information about ongoing negotiations with custodial and administrative unions.

On Monday, Town Meeting voted to ratify three-year contracts with the Department of Public Works’ production unit and police dispatchers. Both contracts call for raises of 1 percent next year, 1.5 percent in fiscal year 2013, and 2 percent in 2014, with $100 step increases for the DPW workers, and a new 10-year step with a $300 increase for dispatchers.

Some members expressed disappointment that salaries were going up. Funding the budget will require using $1 million from available cash.

“We’re in a tough, tough, tough economy,’’ said Royal Switzler of Precinct C, “and if we didn’t build the assumption of these contract increases into the budget we could balance it without touching a penny of our rainy-day fund. It’s time for town employees to suck it up and come up with contracts that have a zero percent increase.’’

The agreement with the teachers union, which was ratified last week, calls for $988,000 in raises based on education and experience.

After repeated questions, Kato told Town Meeting that the district has budgeted for approximately $400,000 more as other agreements are reached.

“It’s frustrating to sit here and be asked to evaluate a budget without any guidance given to help us understand the impact of these contract settlements,’’ said William Mone of Precinct E.

“The tone of a lot of the comments tonight seems to be that the school department is being in some way underhanded by not sharing this information,’’ said Richard Schwartzstein, representing Precinct G.

The town counsel, Albert Robinson, said that revealing too much about collective bargaining can affect negotiations.

“In my opinion, if too much transparency jeopardizes negotiations, then negotiators are empowered to resist calls for more transparency,’’ Robinson said. “The proof in the pudding will be better contracts.’’

As part of the evening’s presentations, the chairman of the Public Works Board spoke about the DPW’s $6.3 million budget.

Paul Criswell, who brought along a toy truck to symbolize the department, also highlighted the need for more recycling to offset garbage collection fees.

“We have to pay for garbage collection, but we get money for our recycling,’’ he said. “So if you want to improve your tax bills and do the right thing for your community, redouble your recycling efforts.’’

Amanda Henshon, chairwoman of the Board of Library Trustees, said that the library’s $2.1 million budget did not include any salary increases.

“If we need to pay an additional staff member, we will find money in our operating budget,’’ Henshon said.

In the end, the budget was decried by some Town Meeting members as being bloated, and the motion for approval did not pass unanimously.

“With the exception of the library, I’m seeing across-the-board salary increases, and with one town employee for every 22 residents, that’s a heavy burden on taxpayers,’’ said Dennis Dischino from Precinct B. “It’s indicative of structural problems we aren’t addressing. I strongly oppose this budget.’’

Other members said the budget addressed the right mix of goals.

“It’s a very difficult process,’’ said Catherine Clark of Precinct G. “In this economy, addressing the needs of an academic institution with such high standards while honoring the taxpayers is a difficult balancing act.’’

Sarah Thomas can be reached at sarah.m.thomas@gmail.com.