A brake on costs, but hardly a panacea 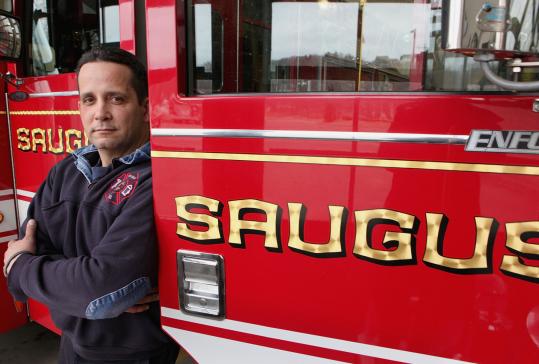 Saugus faced the prospect of intervention by a state control board in 2007, before special state legislation allowed it to become the first Bay State town to join the Group Insurance Commission.

The switch to the state’s lower-cost health plan saved $1.7 million in the first year, helping to stabilize town finances. In the three years since, Saugus’s health care increases have ranged from 2.5 to 7 percent, compared with double-digit percentage increases before the days of GIC, Town Manager Andrew Bisignani said.

“It’s helped us to maintain our services, and it slowed the growth rate,’’ Bisignani said. “If we hadn’t joined the GIC, in all likelihood, there would have been state intervention.’’

Still, the GIC was not a financial panacea. Like most Bay State communities, Saugus faces a budget crunch for fiscal 2012, which starts July 1. The harsh winter left the town with a $1 million deficit in its snow and ice removal account, which must be paid next year. The town is also preparing for a cut in state local aid, although the exact amount is not known. “The GIC is a big help, but we still face challenges,’’ Bisignani said.

The move to the state’s health insurance pool has also been a mixed bag for union workers. The union agreed to enter the GIC, giving up the right to bargain its members’ benefits plan. The town still pays 90 percent of the premium, but the total cost is not cheap, one union leader said.

“The premiums we pay are less, but the co-payments are way more,’’ said Bill Cross, president of the Saugus firefighters’ union. “All the GIC really does is shift the cost to the employee.’’

Saugus provides a glimpse into the complex issue of municipal health care re form. Currently, the law requires a city or town interested in joining the GIC to negotiate with a committee representing public employee unions. Any agreement must be approved by 70 percent of that committee’s members.

A flurry of bills filed on Beacon Hill, including one by Governor Deval Patrick, would overhaul the law. Patrick’s proposal would require all communities to join the GIC or create a program of equal or lesser cost. Most would eliminate the 70 percent approval rule. House Minority Leader Bradley Jones, a North Reading Republican, introduced a bill that would reduce the percentage to a simple 51 percent majority. He also has proposed a bill that would allow a city or town to hold a ballot referendum on whether to move to group insurance.

Other bills would give cities and towns authority to change health insurance plans without negotiating with unions. The GIC also does not negotiate plans with state employee unions.

Municipal leaders from north of Boston testified at a March 8 public hearing on municipal health care reform, held by the state Legislature’s Joint Committee on Public Service. “The reason everyone is going broke is health care,’’ said Melrose Mayor Robert Dolan, in an interview after the hearing. “In most cities, the problem is, health care costs are higher than the amount of money you’re bringing in in new taxes. . . . If something isn’t done, thousands of jobs will be lost across the state.’’

State Representative Paul Brodeur, a Melrose Democrat who is a member of the committee, said that body heard a wide range of sentiments. “We heard a great deal from all sides,’’ said Brodeur, a first-term legislator. “We heard from the mayors and town managers that the current system is not sustainable. . . . We heard a great deal of concern from unions, and their advocates, about co-payments and deductibles going up significantly.’’

Saugus and Melrose are among 20 Bay State communities that have joined the GIC since 2008. Other local members are Groveland, Lawrence, Stoneham, Swampscott, Wenham, and Winthrop. A study conducted by the nonprofit Boston Foundation and the Metropolitan Area Planning Council pegged the first-year savings at anywhere from $900,000 for Stoneham to $2 million for Melrose.

Melrose’s premium for the next fiscal year is expected to rise 4 percent, to $9.8 million. In the years before joining GIC, Melrose had increases of 12 to 23 percent, Dolan said.

The steep drop has allowed the city to avoid layoffs and deep service cuts. The city has also been able to maintain early childhood education and after-school programs. “It’s enabled us to grow our community and not tread water,’’ Dolan said.

In Saugus, the GIC has spared the town from drastic cuts. “It’s been a big help,’’ Bisignani said, noting the town also has saved the cost of administering a health plan. “We’re not faced with huge percentage increases that we couldn’t sustain.’’

The GIC gives local communities access to more favorable insurance rates. The GIC insures about 185,000 state workers and their families, giving the commission more buying power with insurance companies. But even the GIC is not immune to health insurance hikes. A year ago, to close a $35 million deficit, the commission voted to increase co-payments and deductibles on most of its health plans.

This year, the commission is expecting an average 2.4 percent rate increase. But it is also looking for members to move to cheaper plans, some with limited services. “It depends upon what plan an employee has,’’ said Dolores L. Mitchell, executive director of the commission. “We have about six carriers, and some of them have different plans.’’

For workers such as Cross in Saugus, the changes are a painful reminder of the risk local employees face when moving to the state plan. Since his plan changed last year, Cross now has co-payments that range from $20 to $40, depending on the doctor. Deductibles increased to $150 for an emergency room visit and $250 for an x-ray or blood work. “We had no say in the increases at all,’’ said Cross, 43, a father of three. “That’s the reality of plan design. Prior to joining GIC, the town would have had to negotiate those changes.’’

Still, Cross believes the move to the GIC was necessary. “It’s not that the GIC is the greatest insurance plan, because it’s not,’’ he said. “But the town of Saugus couldn’t sustain the increases the way it was going before. We had to look at the big picture.’’