A Newburyport festival will honor native author John Marquand, renowned in his day for ‘The Late George Apley’ but now largely neglected. He chronicled the life of the upper class, and some foresee a renewal of interest in his work. 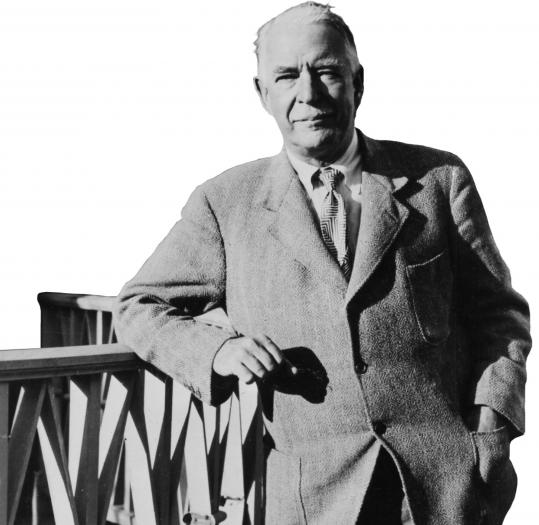 NEWBURYPORT — For many, the name simply raises the question: “Who?’’

John P. Marquand (1893-1960) grew up in Newburyport, became one of the most successful American novelists of the mid-20th century, and owned an estate on Kent’s Island in the Newbury marsh from 1935 until his death. But Marquand is little read or remembered these days, even here.

“In America, oddly enough, novelists of manners, writers who talk about current society, have hardly any longevity,’’ said Marquand’s grandson Richard Welch III. “Even though they’re very popular in their own time, they don’t last long.’’

The 2010 Newburyport Literary Festival this Friday and Saturday will spotlight the writer’s work, with an appearance by Washington Post book critic Jonathan Yardley and a reading on Saturday night. And on Sunday, in a separate ceremony, Marquand’s descendants in town will present the first John P. Marquand Prize in American Literature to novelist Anita Shreve.

“I appreciate the Newburyport festival’s mission to engage readers . . . and I really wanted to introduce those folks to the author who brought Newburyport to the literary map,’’ said Marquand granddaughter Beth Welch.

“He certainly leaves a body of serious fiction that is worth re-reading, or reading if you haven’t read it before,’’ said festival cochairwoman Vicki Hendrickson. “I thought ‘George Apley’ was a marvelous book when I read it recently, and I’m thrilled to be honoring him.’’

Beth and Richard are the grandchildren of Marquand and his first wife, Christina Sedgwick. Richard is an Essex Superior Court associate judge who lives at the Curzon Mill in Newburyport. Beth lives in Newbury and is an editor at Bedford/St. Martin’s Press in Boston. Their three sisters also live in the area and two have joined Beth’s Marquand reading group, which drew as many as 50 people recently to the Custom House Maritime Museum in Newburyport.

“I do think it is important that we continue to read our best authors,’’ said Richard Welch. “If you read Marquand’s better novels, they really do relate to today. They relate to how . . . there is this ambivalence in American society, where they want to achieve material success and social status, but they also have this great desire to be content and happy, and there’s a real tension in the American middle class in that way.’’

Marquand had deep Newburyport roots, but was born in Delaware and spent his early childhood in Rye, N.Y. After his father’s business failed, he was eventually sent here to live with his three aunts at the family property on then-rural Curzon Mill Road, just beyond what is now Maudslay State Park. He graduated from Newburyport High School and Harvard and began writing books after a brief career in journalism. One of his first was about Newburyport’s Lord Timothy Dexter.

Marquand won a Pulitzer Prize in 1938 for his novel “The Late George Apley,’’ and was acclaimed from the 1930s through the ’50s for his portraits of the constrained lives of America’s upper classes: “I got the house, I got the kids, I got the country club, but I’ve sort of lost my soul,’’ as Beth Welch puts it.

Richard Welch cites 1949’s “Point of No Return’’ as the writer’s best. Marquand’s local milieu gets fictional treatment — Newburyport becomes “Clyde’’ — and there are also many echoes of his relationship with his father.

Marquand appeared on the covers of both Time and Newsweek, but never quite won highbrow critical approval, perhaps in part because he also wrote the popular Mr. Moto spy novel series. By the 1960s, he and John O’Hara, a contemporary with whom he is sometimes compared, had been pushed to the dusty far end of many bookshelves.

Recently there has been a small turnaround. Yardley wrote a Post column in 2003 in which he called Marquand’s neglect “a literary outrage’’ and touted his satirical view of the upper classes. “It is a mystery why Marquand has been so out of vogue,’’ Sam Allis agreed in a Globe review of a 2004 “Apley’’ reissue.

Saturday morning at 9, Yardley will speak about his passion for Marquand and his favorite of the novels, “Wickford Point.’’ The festival event will be held at the First Religious Society, Unitarian Universalist, on Pleasant Street, where Marquand began attending services with his aunts as a boy, where he later chaired the Steeple Committee, and where his funeral was held.

On Sunday at 4 p.m., Shreve will be presented with the Marquand prize for the eye she casts on society in her own fiction. The reception will be held at the Custom House Maritime Museum in the Marquand Library, named for the writer and his ancestor Daniel Marquand, an 18th-century shipping magnate. (It is open to the public but seating is limited.) The prize will be awarded every fourth year, when the festival focuses on fiction. Shreve, a distant relation of the Welches, will also read from Marquand’s works Saturday night at the festival’s closing event.

“She was actually here at last year’s festival, and I got to thinking, what am I looking for?’’ Beth Welch said. “She is not a satirist in the way he was [but] I started thinking about the parallels. They’re both great storytellers, they’re both very reflective. . . . And there’s a real pull of history in both of their work.’’

Richard has charming memories of the time he spent as a grade-schooler with his grandfather. Marquand — who had homes in New York and elsewhere and traveled extensively — spent summers on Kent’s Island in the 1950s.

“At the time I knew him I was his only grandson, so obviously I got a little extra attention,’’ he said. “When you’d go over to his house, you knew it was very, very different than most people’s houses, because he had servants and there were lots of things around you wouldn’t see in most people’s houses — busts and things that he’d just brought back from China or Africa or something like that.’’

Marquand was “not the kind of person who would take you to the local bowling alley,’’ but he was a warm man and, not surprisingly, a wonderful storyteller, Richard Welch said.

“My most vivid memory of him was one of my last visits with him on Kent’s Island on the Fourth of July before he died,’’ Welch said, when he told them a story. “Obviously, he had put some thought into this story, because he knew he was going to entertain his grandson and granddaughter and the parents. At the end of the story — it was about some experience he had had in World War I — he suddenly pulled out a German Luger and shot it into the air! Now this is the kind of thing that impresses a young boy to no end.’’

The children of Marquand’s second marriage, to Adelaide Hooker, sold the Kent’s Island property to the state in the 1970s and it fell into disrepair. Despite efforts to save the property in the 1980s, the mansion and outbuildings were eventually razed. “A very, very sad thing,’’ noted Beth Welch.

For details on the Newburyport Literary Festival, go to www.newburyportliteraryfestival.org. Free, except for the ticketed opening-night dinner with the authors.