THIS STORY HAS BEEN FORMATTED FOR EASY PRINTING
Behind the Scenes 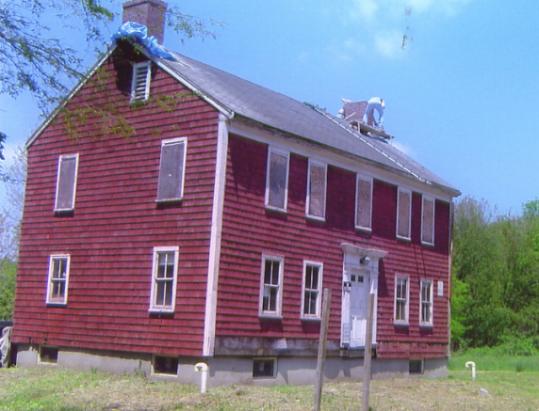 A Westwood historic house currently being restored was home to an enterprising woman who founded a cottage industry, one of the nation’s first, in hat making. Her example of entrepreneurship provides inspiration for the Westwood Historical Society’s plans for the red 1812 structure known as the Baker House, including a pioneering program in entrepreneurship for local students.

The Baker House, given by the town to the historical society four years ago, was built by teamster business owner Obed Baker for his wife, Betsey Metcalf Baker, who was both an entrepreneur and “a person of conscience,’’ said the society’s Charles Donahue.

At age 12, Betsey Metcalf taught herself how to make the fancy straw plaited bonnets that were then all the rage, but affordable only to wealthy women because they were expensively imported from England. Studying how the bonnets were put together and experimenting with the raw materials, she learned how to braid the straw, cut it, wet her material to soften it, and tie the knots.

Amazed by her beautiful hats, people told Metcalf to patent her invention. But rather than locking up her design for her own advantage, “she said, ‘I’ll teach anyone who wants to learn,’ ’’ said Donahue.

The women Metcalf taught began making straw hats in their homes. When Metcalf married Baker and moved to Westwood, she taught the skill to women in the local Baptist and Unitarian churches so they could raise funds for foreign missions and causes such as relief in Ireland during the Great Potato Famine.

Betsey and Obed Baker were also anti-slavery activists who may have helped fugitive slaves escape north through the Underground Railroad, according to the society.

Through Betsey Baker’s teaching and example, hat making became a thriving local cottage industry, eventually growing to the point that factories were established. By helping women make money and become independent, Betsey Baker is a model “innovative person’’ and a good role model for the current academic interest in the entrepreneur, said Donahue. “Entrepreneurship is a hot topic these days.’’

Donahue - an entrepreneur himself who founded a health care purchasing collaborative for unions in the ’80s - is developing an entrepreneurial study program for secondary students based on case studies of how businesses got their start and grew. The society plans to begin a program next spring at its headquarters building, the Fisher School, and eventually move it to the Baker House.

Nancy Donahue, the historical society’s president, said the house will also serve as a classroom on domestic life in the early 19th century. The house’s period beehive oven - a brick oven shaped like a beehive and with its own firebox - presents an opportunity to learn how to bake bread or make dinner the old-fashioned way, she said.

“The house is in good shape,’’ Nancy Donahue said. “There’s a lot that’s original in it.’’ The front part of the house is a center entrance saltbox, typical of its period, with a central stairway flanked by rooms on both sides, upstairs and down. Each of these four rooms has its original fireplace and molding.

The society has finished exterior restoration work on the house, returning its façade to a cheerful red. The nonprofit group is raising money for modern bathroom facilities, handicapped access, and other interior work. The project recently received a $5,000 donation from The Dedham Institution for Savings Foundation. It’s also benefiting from a multiyear grant from the Westwood Educational Foundation, given to help develop the house as a center for the study of entrepreneurship.

Using historic sites for living history programs is not new to the Westwood Historical Society.

For nearly a decade, the society’s one-room Fisher School has offered the town’s third-graders a typical 1800s school day. Staffed by retired teacher volunteers wearing period dress, the program recreates a typical day in the life of a student in the year 1868. Lessons include oral reading, memorization, recitation, figuring on slates, mental arithmetic, penmanship with ink and quill pens, and a spelling bee. The program also challenges students to think critically and compare the classrooms of past and present.

The society has also developed a class in map-making for middle school students at the old schoolhouse, a restored 1845 Greek Revival building that houses the group’s local history collection of treasured artifacts.

Meetings take place there on the second Tuesday of the month at 7:30 p.m. For more information, go to www.westwoodhistoricalsociety.com.