Falling in love with ‘Twilight’ 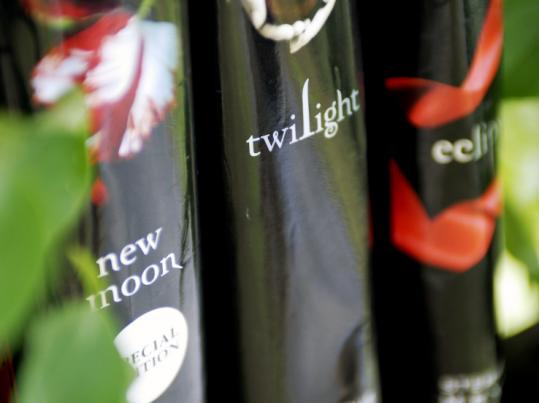 I didn’t know what I was getting into when I bought the first book. Simple curiosity prompted the purchase. “Twilight’’ was everywhere. Kids were reading it. Young people were talking about it. I used to be a kid. I used to be young. I succumbed.

I started reading and couldn’t stop. First “Twilight,’’ published five years ago, then “New Moon,’’ then “Eclipse,’’ then the last in the series, “Breaking Dawn.’’ Four 500-plus-page books totally about vampires and werewolves and young love.

And I was obsessed.

The last time I inhaled a series, ignored friends, read in the back seat of a car, and sat curled up in a chair every chance I got, I was 12 years old. I devoured “Wait for Marcy’’ and “Marcy Catches Up,’’ “A Man for Marcy’’ and “Senior Prom.’’ Then I moved on to Rosamond Dujardin’s other series. It was the summer of 1959 and all I did was read. That September I started high school.

Fifty years - a half-century later - I didn’t expect that a book written for and about teenagers could ever take me back, not to high school as it was, with all its angst and algebra and attitude, God forbid. Who would want to go there? But back to that wonderfully innocent time just before high school, when everything seemed possible.

The “Twilight’’ series does this. Its lead characters may be vampires and werewolves, but the series is really just an old-fashioned love story, full of yearning, tenderness, and complications. It’s heat without fire, sensuous without being sexual, which is why teenage girls and women still in touch with their inner teen cannot get enough of it.

“I am in love with Edward,’’ my friend said to me last week. My friend is my age, not 12. And she’s not kidding. She finished book one in a few days and immediately began book two. Then she watched the movie. (The first book, “Twilight,’’ is on DVD.)

Then she started listening to the music from the DVD. “I ride in my car and play the song that Bella and Edward dance to in the movie. It’s so beautiful,’’ she sighs. In 30 pages, she’ll be at the end of “Breaking Dawn’’ the final book. “I don’t want to finish. I’ve never read a book like this in my life. I don’t want it to end.’’

Stephenie Meyer, who wrote the series, who hadn’t been published before, who dreamed the story one night and started writing it the next day, has on her website the beginnings of a companion book, “Midnight Sun,’’ which is “Twilight’’ told from Edward’s point of view. “. . . when a story demands to be written, there’s no way to resist. And the more I wrote, the more I became convinced that Edward deserved to have his story told. At first I was planning to post it all here on my website, but I changed my mind for two reasons, the most important being that Edward’s version is much longer than Bella’s - Edward overthinks everything. I’m not even halfway done, and the page count is near three hundred. . .’’

And so the saga will continue.

Lots of people turn up their noses at books that have mass appeal. It can’t be good if everyone’s reading it. That’s the mindset. But this series is good and not just because it tells a compelling story, moves at a face pace and is full of characters you care about. It’s good because it’s all about love. Teenage love is the crux, of course, Bella and Edward, the books’ stars, but it is also about parental love and sisterly love and the love of friends and family, and most dramatically, the love that can displace hate when old enemies become friends.