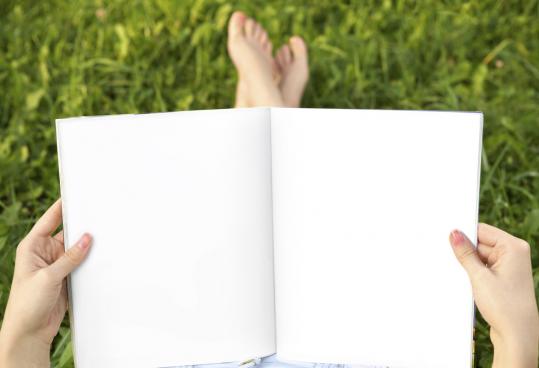 Not so long ago, high schoolers had to lug heavy beach bags brimming with tomes by Bronte, Steinbeck, and Tolstoy. These days, they’re more likely to carry sprightly fare by contemporary authors like Dan Brown, Mitch Albom, and Bill Bryson.

With apologies to Kafka, the summer reading list is undergoing a metamorphosis.

While area schools constantly tweak their lists and debate what deserves a spot, a consensus is growing that students should be enticed to read, even if that leads them to books that haven’t yet stood the test of time.

So instead of reading about Heathcliff’s romantic misfortune at Wuthering Heights circa 1800, students can laugh over Bryson’s present-day attempt to conquer the Appalachian Trail, while riffing on his hiking buddy’s more annoying habits.

“I’m concerned about turning reading into work,’’ said Donna Johns, a library teacher at Newton North High School. “Sometimes you do read for work, for information, for class, but sometimes you really should just be reading for pleasure.’’

Summer reading lists were originally created because students would finish the school year reading at the appropriate grade level and then return in the fall having lost some of that skill, Johns said. Such lists are a “noble attempt’’ to address that, she said, but she still hopes students read for fun in the summer.

So she created a cheeky list with titles like “Pride and Prejudice and Zombies’’ by Seth Grahame-Smith and “Our Dumb World’’ by The Onion. The former is a spoof on the Jane Austen classic that has the Bennet daughters more concerned with self-defense than marriage, and the latter pokes fun at Americans and, well, everything.

Nothing on the list is required, though Johns said some teachers give their own reading assignments over the summer.

“It was the canon of great white dead men,’’ she said.

These days, on the other hand, Concord-Carlisle High School is fine-tuning its “One School One Book’’ program, now in its second year. A student panel made suggestions, said Cicchetti, and in a schoolwide vote students chose “Three Cups of Tea,’’ a current New York Times bestseller by Greg Mortenson and David Oliver Relin about one man’s work to build schools in Pakistan and Afghanistan.

It’s billed as a requirement, she said, but there’s no testing and no penalty if a student skips it. The new list has other recommendations along the same theme of global awareness, she said, including “Kabul Beauty School’’ by Deborah Rodriguez and “A Thousand Splendid Suns’’ by Khaled Hosseini.

Wellesley High School started moving away from an assigned reading list last year, a decision that got rave reviews, according to Ronna Frick, head of the English Department.

“It was great - the teachers loved it, the students loved it,’’ she said. “We had had for a number of years certain texts that students were supposed to read over the summer, and then we were worried about kids not reading for pleasure.’’

A compromise of sorts is now in effect. Honors students have one required book chosen for them by grade. They are well-known classics, with the exception of “Rocket Boys,’’ a New York Times bestseller by Homer Hickam published in 1998, which is assigned to students entering the ninth grade.

Some of the more unconventional choices are “Dress Your Family in Corduroy and Denim,’’ by David Sedaris; “A Heartbreaking Work of Staggering Genius,’’ by Dave Eggers; and “Fast Food Nation,’’ by Eric Schlosser.

Wellesley High School students also must read any 10 poems from “Americans’ Favorite Poems,’’ edited by former US poet laureate Robert Pinsky, who will visit the school next year.

In comparison, the high school’s summer reading list dated May 1984 is almost completely dominated by classics. The only offbeat choice that year for seniors was “Congo,’’ by Michael Crichton, published in 1980.

Schools are always debating how many books to assign and how much choice to give students, said Scott Seider, assistant professor of curriculum and teaching at Boston University and a former high school English teacher.

Seider said when he was attending a public high school more than a decade ago, there was a test on assigned summer reading at the beginning of the school year, and if you were in an upper-level course, failure on that test could mean you dropped down to a lower level.

“I’m very partial to the argument that your over-arching goal is for kids to see reading as an enjoyable experience,’’ said Seider. “So you really want to give kids lots of options.’’

Some argue that since students are more likely to read popular books on their own, schools should push more classic works, even during the summer. Heather Mac Donald, a fellow at the Manhattan Institute for Policy Research, said if a school deemphasizes the classics it shirks “its cultural responsibility to keep this literature alive.’’

“I think it’s just heartbreaking,’’ she said. “These are classics because they possess a beauty of language and a richness of language that has survived decades or even centuries of reading.’’

In terms of pop lit, it doesn’t get much more popular than “Angels & Demons’’ by Dan Brown, which made it onto at least two local lists, in Framingham and Bellingham.

The book is a good choice because it encourages reading, said John Cleary, chairman of Bellingham High School’s English Department.

“And that’s our purpose here,’’ he continued. “We can fine-tune, but we can’t fine-tune what hasn’t been done. . . . If you can offer diverse enough reading material, we’ll hopefully catch the majority.’’

The book, which is a summer movie starring Tom Hanks, wouldn’t have been included on the list a few years ago, said Cleary.

“We’ve gone through phases,’’ he said. “At one point we removed everything from the list that was on film. There wasn’t much left there that anyone would care to read. We were eliminating many of the classics by doing that.’’

Classics have given way to lighter fare in many schools amid the consensus that students should be enticed - not forced -to read during summer. Here’s a sampling:

“Into the Wild’’ by Jon Krakauer

“Pride and Prejudice and Zombies’’

(requirements by grade and academic level)

“The Grapes of Wrath’’ by John Steinbeck

“Mill on the Floss’’ by George Eliot